'TLDR: It was my curiosity and frustration that drove me to make a change' 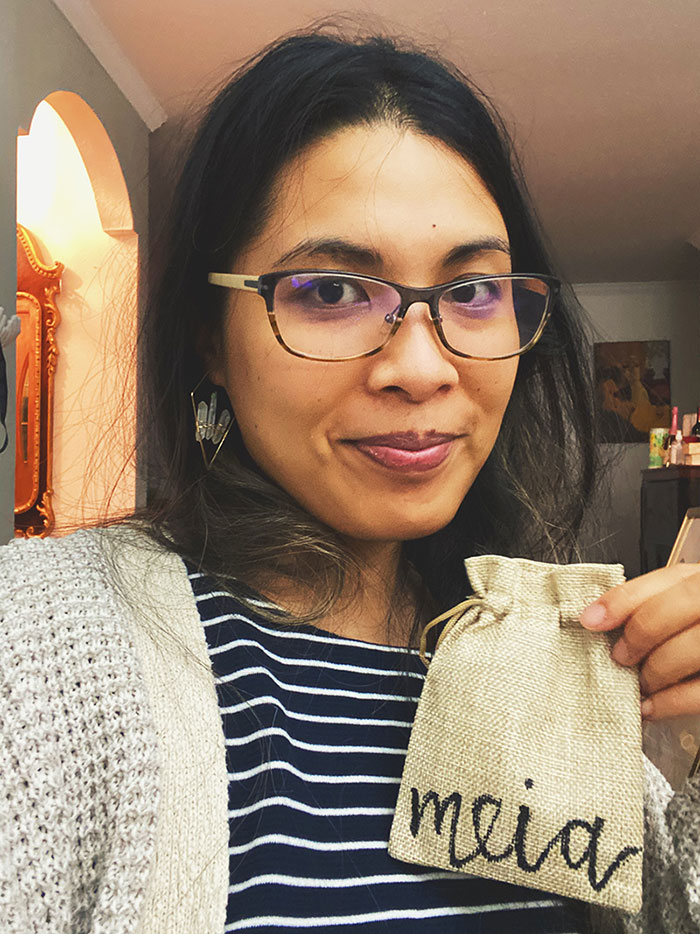 Reinventions profiles people who've made big pivots. Meet Meia Natividad, who started on the nursing route, then spent several years at a tech firm, working as a content moderator. She is now pursuing her long-held dream of becoming a software engineer. (Full disclosure: She's also my sister!)

I was originally on the path to find work as a registered nurse, but couldn't relieve this itch to become an engineer. To get some exposure and my foot in the door, I got a job as a content moderator for a big tech company, and started out moderating review content. After two years, I grew into my senior role, and carved out a new role for myself in leading projects.

As I grew, I mentored others who wanted to follow in my footsteps. Near the end of my time there, I left on good terms, but with dreams to grow in a more technical role. Nonetheless, I feel like I made an overall positive impact in my department with limited resources and in challenging times.

TLDR: It was my curiosity and frustration that drove me to make a change.

I'm not sure what continued to draw me to software engineering. All I knew was that I loved playing games, studying math and solving problems. But I had no roadmap, so I kept thinking it was beyond my reach. By doing that, I realized I was suppressing my intuition and curiosity—which, as one can imagine, is painful for someone who likes to solve puzzles.

Another thing that challenged me was what people would say about me. Apparently, my "brand" signals that I am more of a "people person" than a technical one. This was frustrating because it seemed like the world categorizes people into two groups, "emotional" or "logical," which doesn't make a lot of sense. In any case, because of this, I was continually discouraged from pursuing opportunities where I hoped to get a glimpse of the work.

Originally I expected that exposure to the field of engineering would come easily by working at a large tech company, but it wasn't. Coding boot camps were too expensive, so I tried to compromise my dream and grow in data analytics. I taught myself Excel, Python, R and SQL, and began looking for ways to apply my knowledge. Into my fourth year at the same job, I began building tools for projects I was leading. While I enjoyed this, I saw two potential paths for myself: to grow in management, or to give engineering one solid chance.

Eventually I heard about a program called Techtonica. It was a selective program, specifically for low-income women, women of color, and non-binary folks, and it offered full scholarships for students. I studied to interview for it, while doubting I'd get in. I kept on with the process, and thankfully, I got in!

There were a few, but I'd attribute most of them to one main thing: imposter syndrome. I have a tendency to underplay my achievements because they never seem solid enough, or good enough. I used to think that kept me humble and that modesty would shine through, but it didn't. My accomplishments were continually forgotten. I overcame this by starting to track all the things I was proud of, and when anyone asked, anyone—a colleague, a survey, a manager—I told them. This seemed like the only way to make it real for me.

The subject matter is interesting to me and excites me every day! I have more clarity and vision. Trusting my own voice doesn't always come naturally to me, and thankfully, my partner didn't seem to have that problem. He'd say (and continues to remind me) that if I follow my intuition, I can "catch the wind with my sails." He was right (so far ... but many times). I wish I had known to trust my voice earlier in life.

If you're like me and tend to be an overthinker about things, or are perfectionist to a fault, or someone prone to anxiety about making the optimal choice: It's OK to feel this way, but you can't ruminate on it. Get your hands dirty. Get someone in your corner who believes in you—a mentor, a therapist, a friend or a colleague.

Coming-of-age films and shows inspire me! Spirited Away and Rushmore inspired me to chase after my dreams despite growing pains, and they continue to be my comfort movies. The Silicon Valley series also inspired me during college to make it real.

Keeping up with my reinvented self is causing me to reprogram a lot of ways of thinking. I find myself thinking, "Why didn't I do this sooner? Why did I let people undervalue me?" Making this change was so affirming for me. I feel like a plant that's finally getting some sun.

I hope I never have to!

"Make It Happen" by Mariah Carey.

A software engineer in training, now developing a web application I've wanted to build for months! Above is a photo of me, with a gift from my little sister to encourage me for the program. These earrings come with aura quartz crystals that emit a loving, protective, healing energy.