"I muttered, 'C'est pas ça que je veux faire' … and left all of that behind" 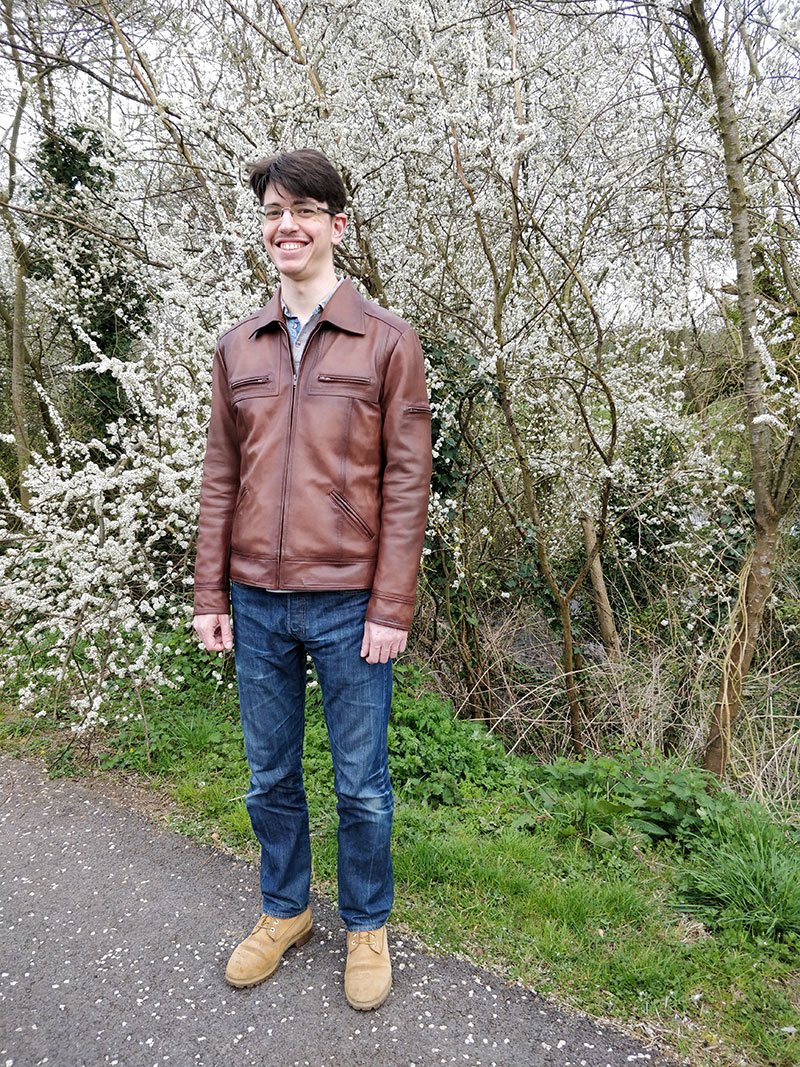 A student at the IEJ (Institut d'Études Judiciaires) in the University of Sceaux, preparing for the entry exam session of September 2016 to gain access to the French lawyer schools.

It was my second try. I had tried, and narrowly failed, the exam in September 2015, a few months after graduating from EDHEC Business School, where I had majored in law and tax management. My prospects were good, and I felt confident that after one more summer of cramming, I could pass this time. But in early June 2016, a few weeks before the end of the official preparation at uni and before the start of the private summer courses, I decided to cancel everything.

The trigger came during a test session. One of the subjects for the exam is called the "Note de synthèse," where you are presented with a big pile of documents of all sorts, from newspapers to case law, all relative to a specific theme, and you are expected to condense all of it in a format that you could theoretically present to a partner in a law firm who asked you to do some research on the matter to get him up to speed.

It was an exercise I mostly enjoyed and was good at, and on this day the theme was "La responsabilité de la SNCF envers ses usagers en cas de retard" ("The responsibility SNCF has to users in the event of a delayed train schedule"—so French). It was neither the worst theme we've ever had, nor the best, but after around four hours, I suddenly lifted up my head, muttered "C'est pas ça que je veux faire"—this isn't what I want to do—and left the room and all that behind.

In truth, it had been a long time coming, as I had been questioning myself more and more during the past months, but if you had to pin it down to an exact moment, it would be this one.

What did the first steps of your reinvention look like?

At this point, I still did not know what I wanted to do, apart from being free from it all. At first, I mostly felt content that I would not have to put up with the stress of the exam, the studying, or the perspective of an unsatisfactory life to which I was until then willingly condemning myself.

A few days later my grandmother died, which provided a distraction, however unwelcome. I could get out of Paris and see my family, who all came together in the same place for the funeral. It gave me the opportunity to break the news to everyone at roughly the same time. It's not a mere detail, as we were all living in different countries at the time, and until then I did not really know how I would tell them.

After that, I spent the summer between Paris and our family home near Montpellier, trying to think of a way ahead. I drifted a lot, with no clear idea in mind, except the will to burn my bridges and get as far from law as I could, and doing all I could to not be pulled back in. My father tried to convince me to at least take the exam so I could have a fallback plan, but that was precisely what I did not want, and I calmly refused.

My problem was, I knew what I did not want, but as for what I wanted, I was in the dark. This state lasted for a few months until I found an opportunity by chance. A friend of a friend was looking for someone to do translation work for them; I contacted him, who put me in contact with his boss, who gave me a test, then hired me.

I spent seven months in Milan, Italy, from February to August 2017, doing LQA (Localization Quality Assurance) for the company where she worked, called Synthesis, now a part of the Keywords Studios group. When I went back to France—I was to get married in October 2017—she offered me a job as a freelance translator for them. Today, I'm still a freelance English to French translator, specializing in video games, with two main clients, Synthesis still one of them.

In my case, which probably wasn't the most intelligent thing I ever did, it was not knowing what would come after. As I said earlier, I did not have the slightest idea what I wanted to do; all I knew was what I did not want. Jumping ship without a lifebelt was strange, especially for me, not known for my outbursts of impulsiveness. But the clock was ticking, and the more the exam drew near, the more I felt that I would reach a point of no turning back.

I had many friends from EDHEC who had taken the exam at the same time as I did, and who passed. One had the same realization I had, a few months or years later. Sure enough, he did not become a lawyer, but felt compelled to finish the courses and take the bar exam. He works for a family office in Paris now, but seems to be only moderately happy about it. He managed to escape the worst of a lawyer career, but I feel like he was still too deeply pulled in to completely escape it.

I like him a lot, but he's a bit of a cautionary tale to me—what could have happened. All that to say, however stressful it may have been, I still think the circumstances called for it. These months of uncertainty are not the best memories of my life, far from it, but they were better than the alternative in the long run.

Telling the others, especially my parents. To outsiders, it probably felt very sudden and "un-Guillaume" to make such an abrupt U-turn. Those who were close to me and who saw me regularly at the time, mostly my girlfriend and my brother, were not taken by surprise—on the contrary. My parents lived abroad, and I was coming from a phase where we had mostly grown apart when I was studying, and had spent years away from them after having lived with them for 18 years.

I felt liable to them, in a way. EDHEC does not come cheap. They had paid for all of it, and I was more or less sending it down the drain … or at least I was afraid they would see it that way. But it went well, and if they were disappointed or worried, they managed to keep it to themselves, for which I am grateful. The only time their possible reservations appeared was when my father asked if I did not want to at least take the exam as a safety measure, but I think it was genuine concern and not an attempt to make me change my mind.

Plan ahead if you can, but at some point you'll have to take a leap of faith.

I think it's easy to become lazy and (dis)satisfied with what you have, and forget what could be. It's easy to put things back to the day after, to "wait until the time is right," but that's BS. You'll always come up with excuses, but they don't matter: Change must come from within, and outside contingencies are just that—contingencies.

Hey, look at that, I managed to keep it (almost) short, for once!

Yes, mostly negative sources of inspiration. I don't mean they were unsavory people, on the contrary, but that they set an example I knew I wanted to avoid.

When I talk to people about this switch in my life, I always come back to the same argument: I met many lawyers at EDHEC, at university and in my internships. Some I appreciated, some less so. They occupied various positions on the law firm ladder, but none made me want to be like them.

At some point, the logical thing to do is to ask yourself, "Do you really want to become one of those people, even though you've never met someone who made you think 'That's where I want to be in 10-20 years'?" If the answer is no, it is time to cut your losses and go.

I could have tried to keep on fooling myself and saying, "For me it will be different. I will find a nice law firm that matches my aspirations." But at some point you have to look at things the way they are: I was not made for this career, I was not made for this life, and I would have been among the absurdly high number of young lawyers who give up on the career in the first two years.

A tough question in my specific circumstances. I went from being a student to a young professional, which would have been the case had I kept chugging along the original plan. I went from someone destined to a career in offices, with a boss over my shoulder, to one where I'm a freelance homeworker (...well, the past year makes you read that sentence differently, I guess), with much more freedom over my schedule and a very different relationship to my "bosses."

Sure, I gave up on a much bigger paycheck and, more importantly, the sense of security that comes with a fixed, regular salary. On the other hand, I gained my independence. There is no one to come and tell me when I'm expected to be at my desk, nor anyone who can stumble unannounced into my office.

I think that this, more than anything else, is what I wanted: To be left in peace, to manage my life and my work as I intend, others be damned.

Maybe I could, but it's the farthest thing away from my mind. You've probably guessed that by now.

A freelance video game translator, English to French. In truth, I consider what I do to be of significantly less interest than how I do it, and what it means for my work-life balance. So I guess I would rather define myself as someone who works at home for clients, and is the master of his schedule. In my mind I prefer it virulently to someone who works in an office for their boss, and has little say over how they manage their time.