'I want nothing more than to see more diversity, more weirdos, more zags instead of zigs' 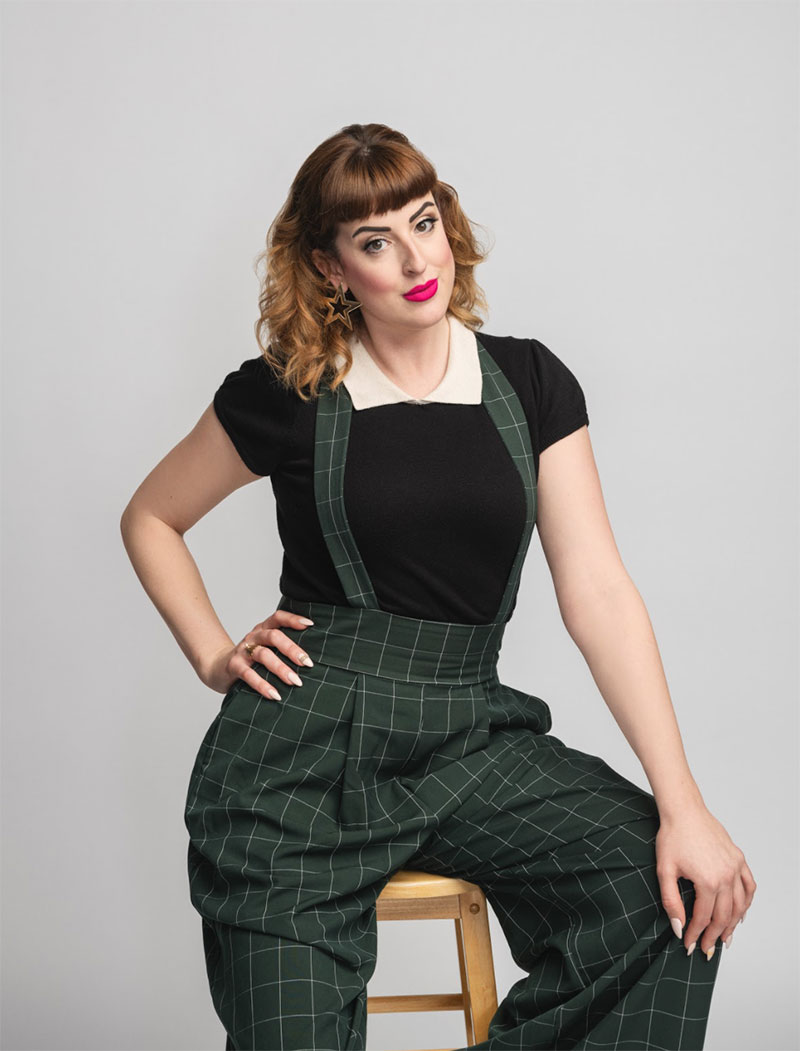 Reinventions profiles people who've made big pivots. Meet Dana Angelo. After years working in restaurant and bar service, doing stand-up comedy and trying to get her work published, she stumbled into a copywriting job. Today she is a creative director at Crispin Porter Bogusky in Los Angeles. (Hey, not everybody's leaving advertising. Some people are just discovering it … and they're bringing in some cool life experience.)

Oh, I've had many roles throughout my adult life. The job I held for the longest—over a decade—was restaurant worker. I started at the Ruby Tuesday in Bridgewater, New Jersey, after my freshman year of college and stuck with it throughout my 20s and even into my 30s. I've been a host, a waitress, a cocktail server and a bartender.

Everyone should have to work a year of their life in the service industry, because if we did, I think we'd treat each other with a bit more respect. I worked in restaurants because I was an aspiring TV writer, entering all those network writing competitions, taking classes at UCB and The Second City, performing sketch comedy and stand-up, just desperately trying to make a living off my ideas and my words.

Along with all that, I'd put on plays, do random work on friends' films (makeup artist, set designer, costumer), perform as drag queen Kitty Meringue, and cry. A lot. Because I didn't know what I was doing or what I should have been doing, and I really didn't like working in restaurants. It also turns out I suffered from severe depression, which went undiagnosed until I was 30.

Moving to different cities definitely made a big difference. After I had been in New York for nine years—it's where I went to college—I got to the point where I felt I was just spinning my wheels, extremely miserable, unable to break myself out of the restaurant industry.

I realized that maybe New York wasn't where I was meant to be, though it was where I had dreamt of moving since I was 13. Also, antidepressants! It's incredible what a person can achieve when they're not miserable all the time. I made huge strides in my life after being diagnosed and medicated, because there was no longer that uncontrollable inner saboteur.

A chance meeting at a bar in New York with an editor at Maxim allowed me to get both published and paid for my writing for the first time. That was when I realized that, hey, I can do this! From there it was just continuously submitting work, writing on my own, and constantly putting myself out there.

When I moved to Chicago in 2013, I got a job bartending three nights a week at The Second City, which eventually led to me becoming the advertising and promotions coordinator at their training center. My first salaried job ... and my first taste of copywriting!

Having my talent and confidence continuously doubted. Because I didn't go to ad school, it was as though my years spent writing, performing and taking comedy writing classes didn't matter. Eventually, you start to question yourself. Am I as good as I think I am? But I kept on fighting for myself to be given work, to be heard, to be trusted and respected in the way I knew deserved. Some people saw it, plenty didn't. But here I am now, a creative director.

Picking up the nuances of the advertising industry. There's no vocabulary handbook that comes along with it—well, maybe there is in ad school—but I had no problem asking what an acronym stood for or what something meant. There's no shame in not knowing. And now I do. And I'm always happy when someone asks a similar question because then I get to teach them something new!

Never be afraid to reach out to people, whether to ask questions, ask about a job opening, or just to pick their brains about what they're knowledgeable about. More so than not, people want to help. That's how I got my previous job at Sid Lee. Also, be a good human being. Talent plays a part in success, sure, but personality might be an even bigger factor. Meaning, don't be an asshole. Be a person others enjoy being around and working with.

Maria Scileppi changed my professional life. When I moved to Los Angeles in 2016, I couldn't get a writing job, so I took a gig as a host at Clifton's. On a whim, I applied to a creative residency on Craigslist called 72U, never thinking I'd be accepted. But Maria—former director of 72U, now head of learning and development at Mother—saw me for the queerdo I am, and invited me to be part of the 2017 program. From there, I got hired at 72andSunny.

The rest, as they say, is herstory. I'm forever grateful for her, and attribute much of my success to her guidance and endless belief in me as both a writer and creative. She is also the one who gave me the "Reach out to people" advice!

More so than anything, it gave me a career with a clear path for growth and success and, most importantly, the chance to see my writing produced in a wide array of media. It also showed me that TV writing isn't the end-all, be-all, and that while I may not be staffed on a sitcom, I am actually writing for television!

Go back? To working in a restaurant?! Instead of laugh-crying hysterically at the mere thought of that, I will say I'm extremely grateful for much of what I gained from my time in the service industry: Multitasking, hustling, being able to talk to every type of person imaginable—you can't teach that. Through it, I've also made lifelong friends, some already going on 10 or 12 years. And I always have a job I can fall back on, because people have and will always want to drink alcohol.

Both advertising and serving require me to sell things in clever ways so people will buy them. But no, I would never want to get back if I didn't have to. The traumatic restaurant stress dreams that my subconscious still manages to cook up are enough.

Gwen Stefani released "Slow Clap" before I started at CPB, but after I had already accepted the job offer. Every time I listen to it, it feels like a culmination of my life, professionally and personally so far: Walk into the room like a boss, puttin' on a little extra sauce… I'm also dying to perform it at a drag show.

I'm now a creative director at CPB. While the job entails leading a team, looking over creative work and presenting to clients, what I'm most excited to do is mentor the next generation of talent, especially women within the industry.

As a former outsider—heck, maybe I still am—I feel like I can offer the perfect balance of knowledge with reality about the biz. I want nothing more than to see more diversity within the industry, more weirdos, more zags instead of zigs. As a queer woman, it excites me to be able to influence culture through my work in a way that celebrates people of all genders, sexualities, backgrounds, experiences—everything! We're getting to reshape the industry, and the world, and that's really f-ing rad.