'Furniture today makes me dream, just as much as [ad] campaigns did yesterday' 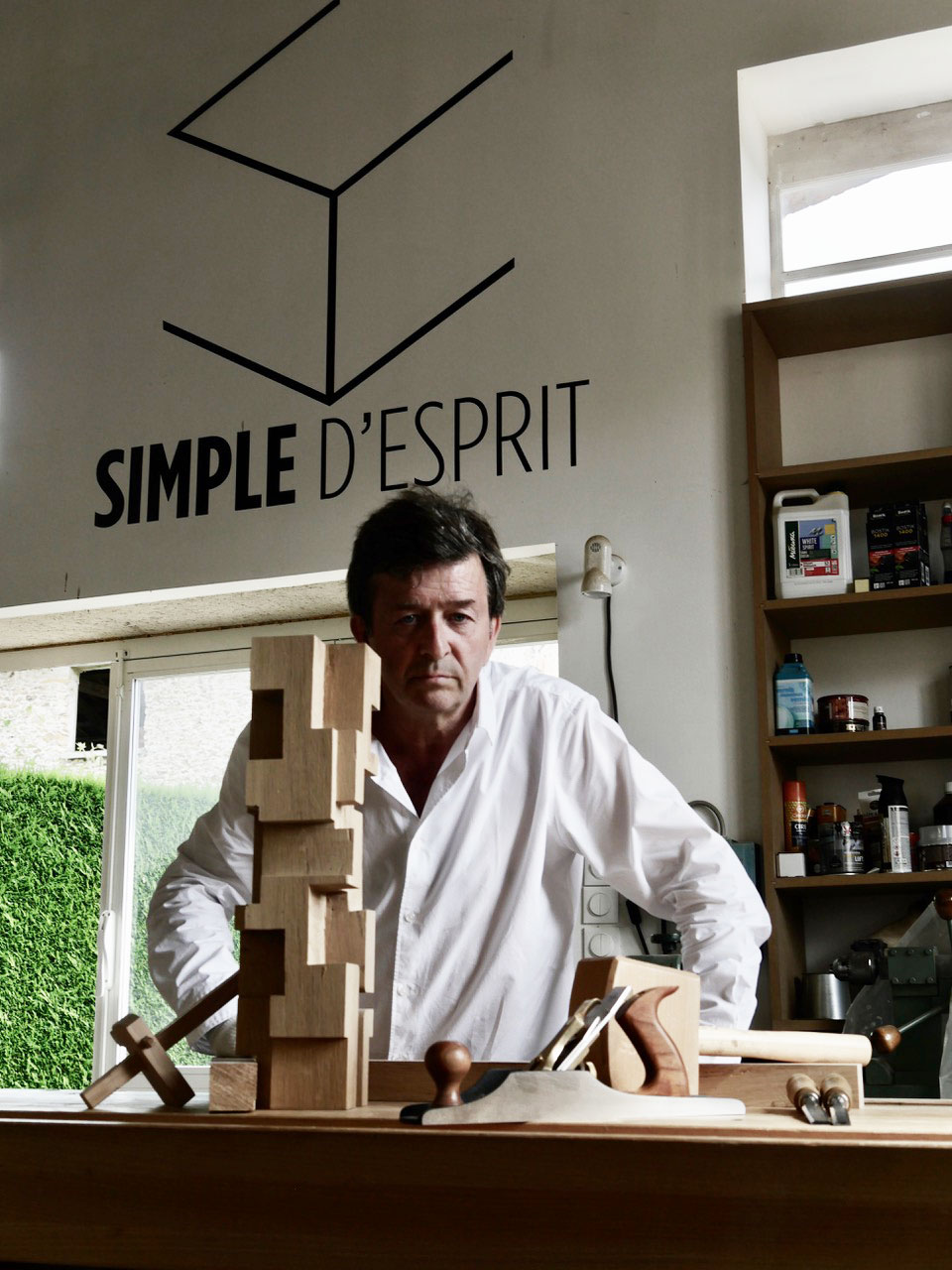 I was CEO of Les Gaulois, a Havas Group agency that has won numerous awards at national and international festivals for creativity. I created it in 1992 with my partner Gilbert Schert. There were six of us at the start … and 220 of us when we decided to quit in 2017.

The agency underwent many changes in its history: It was ScherLafarge, then Enjoy, then H, and finally Les Gaulois. Each name change corresponded to a structural change in the agency's growth.

For 35 years, I worked in this sector with great pleasure; contrary to what one often reads, some agencies in the profession have a responsible vision. Strangely, they are the most creative—those who treat the consumer as an adult whom we can address as an equal. At such agencies I encountered a lot of talent, speed, agility and a high level of intellectual standards.

Sometimes, during presentations, I'd say to myself, "Damn, these people are really strong!" In short, I became an admiring spectator of my own agency.

When I was 14, I went to L'Ecole Boulle, a college of fine arts and crafts, to see what it was like. My dad had no idea! One night, when I told him I wanted to enroll in this school to become an artisanal woodworker, I quickly realized I could not count on his support ... financially. Today I thank him, because my 35 years in advertising have been exceptional.

But in 2015, when the PSA Group decided to move its DS car brand account to Publicis, I went to see those responsible for this implausible and unfair decision, face to face. And I said, "OK, that's it. I'm quitting."

Beyond the products, our agency had conceived everything about DS. Looking back, I don't know if an agency can claim so much involvement in the development of a brand. That some English mercenary, fresh out of Renault, with help from an incompetent French guy from Fiat, managed to flip this budget to Havas's main competitor—Publicis, which works for the main competitor of Citroën, another PSA brand—in a competition rigged in advance … it was too much!

Too unfair for the teams. Too disappointing from Havas's young management, which did not lift a finger to avoid this carnage. I wanted to leave. Havas didn't want me to stay. And others "agreed" to take my place.

It was time to turn the page. And my father was no longer there...

Unfortunately, there is almost nothing left of that beautiful agency we started, except for the talent of those who filled it. [Editor's note: In 2017, Les Gaulois became HumanSeven; in 2019, Havas Paris Seven. It has not released any news since.]

What did the first steps of your reinvention look like?

The first step was going back to school! Very difficult at 57. With GRETA—a federation of vocational teaching organizations designed to help adults return to school—I was able to enter Ecole Boulle, an exceptional school with teachers who offer students passion and know-how without checking the clock!

But I was still 20 years older than my classmates. That whole year, my life was about taking the Métro early in the morning, then taking it back, with my toolbox in hand. Then, at age 58, I received my first diploma: a CAP d'ébéniste (a certificate of aptitude in fine woodwork).

When one chooses to learn a manual trade, what's most surprising is how much knowledge it takes to acquire the skill set. You can't imagine how exhausting spatial geometry is on the brain. I used to return home very late, fueled by the adrenaline rush of the day. I came home from school much earlier, but exhausted.

The first obstacle was age. During training, our workshop teacher kept saying, "It takes at least 10 years to make a woodworker." I thought, "If that's the case, by the time I'm ready I won't even be able to grasp the tools." So I had to learn fast.

In the year I was obtaining the CAP, I was not permitted to practice the trade … but I did meet the two people I would ultimately choose to work with: Ewen, a young designer who worked for L'Oréal (one of my clients); and Julien, a young computer scientist who worked at Bel (with whom we shared a building at Les Gaulois).

Together, we spent four months setting up a workshop in a barn with no insulation, no water and no alternating current. And to speed things up, we chose a name that amazes and surprises others in this profession: Simple d'Esprit (simple in spirit). Because we know exactly what we want to do: Make furniture and sophisticated objects that look deceptively simple. In January 2019, we got our first customer.

We gave ourselves one year to see what we could do. The goal was to design objects, create them, and see if they could sell. Our first order arrived right away: a coffee table, designed in a few days and made in a few weeks. It sold for 9,000€ ($10,800)!

I never thought it was possible, and I want to take this opportunity to thank our first customers, who had the audacity to trust us.

Even in the profession of artisanal craftswork, one truth remains: You need clients!

No one inspired me in this transformation because I didn't feel like I was transforming. I evolve in furniture creation as I evolved in creating advertising. The ones who have always inspired me are the great creatives I had the chance to meet: Gilbert Scher, Christian Vince, Benoît Devarrieux, Anne-Cécile Tauleigne, Christophe Caubel, Gabriel Gautier ... and, of course, Jacques Séguéla (the French pharmacist who went on to co-found RSCG).

I had words for telling stories. They had blank pages that needed to be filled with meaning, and the talent to reach people.

What changes most is the relationship to customers. Everyone feels like they have ideas, so everyone thinks they can advertise. And advertising itself lies mostly in the hands of young, more or less educated graduates who think they are conductors when they don't even know the music.

If advertisers respected people at a minimum, advertising would be a spectacle, a lovely distraction, a pleasure for the public. Unfortunately, this is not the case. So-called decision makers look down on consumers. They learn to despise them, believing they are incapable of discernment. So they serve appalling and contemptuous messages that result in hatred of advertising. Fortunately, some resist! May they be thanked.

The savoir-faire of artisans is much more valued. Customers know time is their ally, and that we customize what we make for them to the extreme. So everything is simpler because the exchange is composed of curiosity and respect.

I couldn't go back, and I don't want to. Furniture today makes me dream, just as much as campaigns did yesterday. The algorithm that makes a table has yet to be born, whilst the one that takes us for idiots is at work around the world.

Big data is not my dada. [Editor's note: French for hobby.]

I was happy to be the first to arrive at the agency, to feel it fill up and energize. The calm before the storm. Silence before the emergency. There was often the morning smell of people who had worked late.

Now, I'm not often the first to arrive. Craftsmen start early … and the smell of an atelier is something else entirely: Worked wood, sawn and planed, gives off a bewitching fragrance. To work comfortably in a workshop, it has to be between 12° and 15°C (53° and 59°F).

At that temperature, in an agency, you are frozen. But on the other hand, in the evening, I sleep well.