Maura Munaf Finds Her Groove in the Written Word

'Embrace the phase of dabbling and pivoting with intention' 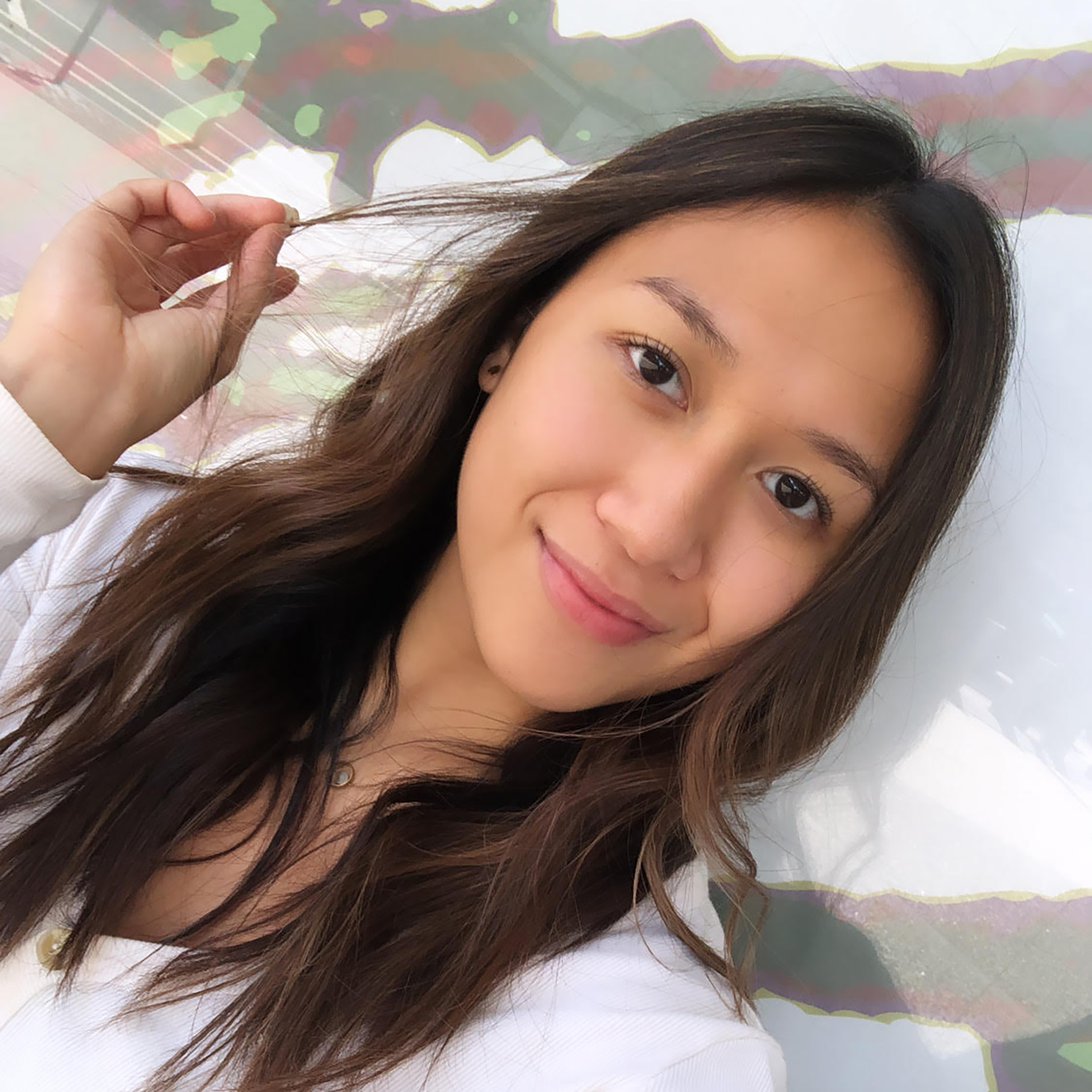 Reinventions profiles people who've made big pivots. Meet Maura Munaf, who leaped from the world of competitive dance to lifestyle journalism to copywriting.

During my gap year before college in 2016, there wasn't a day where I wasn't leaping in the air or rolling on the floor. I worked as a dancer for a professional dance company (Namarina Youth Dance) in Jakarta, Indonesia, where I performed ballet, jazz and contemporary for open shows, birthday parties, fundraisers and corporate events.

Having studied and practiced dance for 14 years, I didn't know a better language to express myself besides space and anatomy. It's like being an actor and athlete at the same time. You emote your actions and engage your muscles: a synchrony that gives you no choice but to stay present, anticipating only the next four seconds of your life. Nothing else matters.

Because of that, I was adamant that I had to do this for the rest of my life. Or at least as long as my body would let me.

While training for a national dance competition in 2017, I was an online journalism intern at the Jakarta Post, a leading English newspaper in Indonesia. I've always enjoyed writing, but it wasn't my thing the way dance was at the time.

Two days before my competition, I was doing practice leaps to condition my body. I took off in the air and for some bizarre reason, this one time, landed on my right side: My entire body weight pressed down on my delicate ankle.

The physiotherapist said "better not" when I still wanted to compete. I couldn't move the way I used to, or even walk properly, for a full month. I felt numb and empty. Disconnected. The body betrayed the mind.

But being the active person that I was, I still needed to do something while recovering. I stopped and looked at what I already had. Little did I know that while I was dancing in the past year, I'd already written and co-written over 100 articles for the Jakarta Post—on fashion shows, product launches, movie premieres, policy changes, tech innovations and more. Before I even turned 20, I was a legit writer with an active and engaged readership. And I only realized that once I stopped dancing.

Three months post-injury, I started dancing again, with less strenuousness to avoid any double injuries. My body felt different, and I couldn't fully push myself like I used to. I didn't like the fact that a dance career relied on just the physicality of my body, nothing else. So I put a pause on it and took to writing more at the Jakarta Post to be my most creative self. It was scary and new with this more static medium, but I got to rediscover myself a little bit more.

From there, I quickly learned I wasn't a "straight facts" writer. Journalism wasn't my thing either, but I liked that about myself. With this better sense of direction toward the end of my gap year, I decided to study film and television and advertising at Boston University in 2017, where I pursued screenwriting and copywriting.

Something I had to mentally overcome is the feeling I was never going to be excellent at anything. Winning awards, accelerated growth, young prodigies—all this noise and attention toward the crème de la crème of the film and ad industry can really get to me. I have to remind myself that I'm good where I'm at. That means seeing what I've created visually, talking to my peers about it, and even taking myself down memory lane in terms of how I've changed career-wise. As a forgetful person, I always need that reminder. 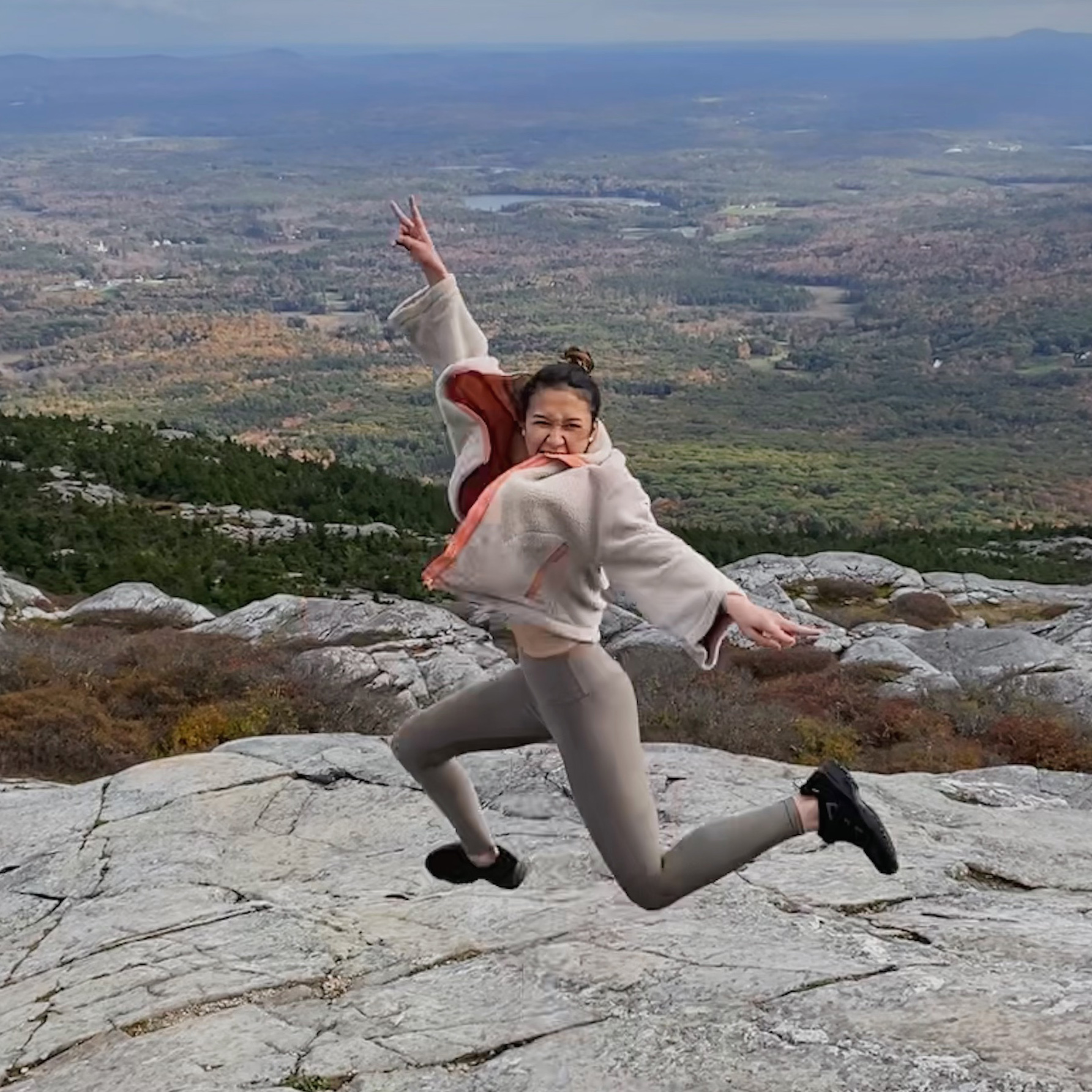 Finding a community of young creatives every time I pivoted from one interest to the other. I'd expect gatekeepers and snobbish folks, but since everyone is also still starting out, no one can really be an elitist or feel superior. Everyone has been super welcoming, especially at The Inturnship, Aliens in Advertising, Asians in Advertising and We Are Next. I feel hopeful for the creative industry if these are the types of people who will lead it in the future.

Young creatives should embrace the phase of dabbling and pivoting with intention. There's literally no rush. From a professional dancer to lifestyle journalist to production assistant and aspiring screenwriter, and now copywriter, I took time to find my thing. But it was so worth it. If you see other people settling on one thing and you're not, but you're feeling good about your growth, that's shifting lanes—stick to that feeling. I think your gut is 80 percent right most of the time.

Nike's TRAINED podcast has been a source of motivation and inspiration for me. The setting of the host, interviewing an athlete in every episode, helps access the dancer in me and gives me the mindset of how can I succeed in the most holistic way?

My lifestyle and sense of body image. I used to care about what my body looks like in a leotard, and now I don't have to anymore. Exercising became more of a choice and a fun thing to do, rather than something I should do.

I have no plans to professionally dance again besides gracefully failing at these TikTok dance trends or having private concerts when I shower, but I might pick up some classes here and there.

"What Are You Going to Do When You Are Not Saving the World?" by Hans Zimmer for Man of Steel (Original Motion Picture Soundtrack).

Even after dancing, I still define myself as an active person, but with more balance in my life now. By day, I'm a copywriter working at Digitas and GroupeConnect (a Publicis Groupe Solution) out of Boston. By night and on weekends, my feet are strapped to either an indoor bike, skis, or a yoga mat.

No writing, just dripping in sweat.