'I answer to my curiosities, so my 'reinventions' feel more like expansions' 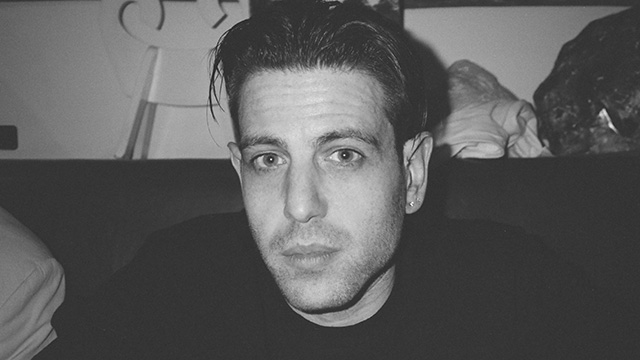 Well, I started my career as a photographer. I worked for the Observer, the Guardian's sister paper, where I had profiled Lady Gaga on tour in India and Elon Musk, just as he was getting ready to launch SpaceX's cargo spacecraft. I also reported from New Orleans following Hurricane Katrina and covered the humanitarian crisis in Sudan's Darfur region.

Standard broadsheet journalism. But I loved music, so I naturally gravitated toward musicians and music companies, and the camera made that possible. The camera was my passport. Then in 2011, by chance or by choice, I was a part of signing Tyler, the Creator to XL Recordings, where he released his debut album, GOBLIN.

From journalism, that took me into the music industry. I ran my own record label for a few years, developing and releasing new talent, but always focused on storytelling and character development.

I had been working visually, then sonically, and started to think creatively. Music has the power to culturally, morally and emotionally influence how we see the world, but the *music* is only one part of how musicians communicate with their audience. Albums have become visual experiences. Brand collaborations are built into every album campaign. Album covers have become digital thumbnails, so merch has taken over as the main physical format for design. Artists and audiences can adapt much quicker than industries, and I wanted to move my work forward.

In 2012, I was working with a new artist called FKA twigs. I had photographed her record sleeves and was helping her bring her creative ideas to life. She is a real artist who is always searching for truth—vision over visibility—even in the earliest stages of her career.

By 2016, she started working with Nike, not just as a brand ambassador but as a creative director. Together, we built an international campaign to launch NikeWomen's SP17 Zonal Strength Tights and help define sport as an important channel of expression. FKA twigs directed and performed in the campaign and I was part of the messaging and campaign strategy, introducing a new brand voice and sign-off: "Believe in More." It was a big first step.

I answer to my curiosities, so my "reinventions" feel more like expansions. We celebrate "beginner's mind," but expanding your portfolio and skillset can be a frustrating and humbling process. Photography led me toward film and video and I started to work as a director, which took real time and energy. But I love craft, so even when I worked in the music industry, I still wanted to see what the world looked like through a lens. In 2016, I continued to cover the U.S. presidential election for the Guardian and spent time traveling with the Democratic and Republican nominees, and I used that opportunity to regain some confidence.

I've now done lots of agency work as a consultant, and when I first entered those spaces, I thought I would be judged as an outsider. But if those clients are confident and collaborative, my experience as a photographer and a music industry insider can be a real benefit. I can think visually and strategically. Logistically, I'm not intimidated by the talent and I know how to talk to managers and labels, etc. Your experience is your expertise.

To be a good creator, I think you also need to be a good consumer of ideas and be able to tell the difference between shallow information and deep, introspective, honest explorations. The artists and collaborators who inspire me—FKA twigs, etc.—are relentless in their pursuit of inspiration and have a good relationship with research and revision.

No, but this is the advice I give artists I work with: Make a list of all the people you want to meet and all the places you want to visit. Use every opportunity to work through that list. What you offer the world is going to change and what the world asks of you is going to change, but creativity and collaboration can help you access the world, so make it count.

I define myself as someone who gets to make creative decisions all day, building off every stage of my career. Through the support and opportunities from my current agency, Tool of North America, I'm able to create new ways for audiences to engage with brands and one another.

I recently directed a virtual concert series called Live from the Label with Sprite, which actually allowed me to call on all of my experiences. We produced a pandemic-conscious digital experience, featuring live performances from some of today's biggest hip-hop stars, including multi-platinum artist Saweetie and Grammy-nominated rapper Jack Harlow. As a director, I had the opportunity to work with the artists and their teams to create exclusive live shows, scripted interviews, and video features, to truly engage with the audience.