'The values and aspirations I had as a teenager have resurfaced' 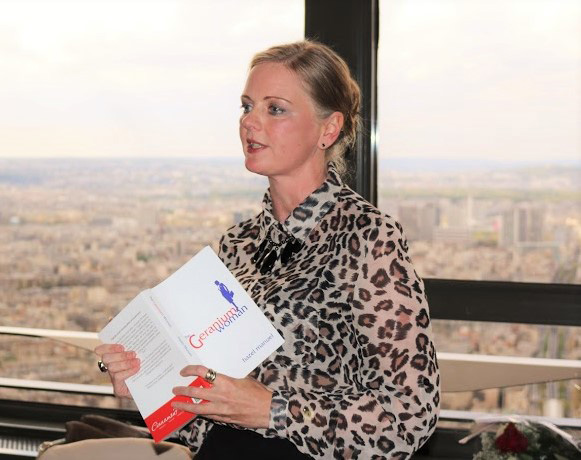 Reinventions profiles people who've made big pivots. Hazel Manuel went from CEO in education to published author. She also provides inspiration for people looking to do the same.

CEO of an education company in the U.K.

I won an award for the novel I'd been writing.

I began to make plans to move to Paris and write full-time.

The fact that my (adult) daughter lives in the U.K.

I miss my daughter—much more with the recent Covid travel restrictions. But we're still very close.

Making dreams come true is much easier if you plan financially. If at all possible, save money for a future dream, even if you don't know yet what the dream might be. The more time you can buy yourself, the more time you'll have to establish yourself if you decide to make a major change.

My partner. He was 100 percent convinced that my writing career would work.

Everything! Moving from a conventional career to a more unconventional one has enabled me to learn a great deal about myself. My attitude to risk, how far I need to establish routines, my tolerance for solitude, the ability to learn a new language and acclimate to a new country, how far I could make new friends ... all this and more has been tested.

In addition, some of my relationships have changed. Some of the friends I was close to in the U.K. have become less close, whilst I've made deep connections with people I've met in France. Stepping out of the corporate world has enabled me to re-examine my priorities, and I find that the values and aspirations I had as a teenager have resurfaced.

As such, my lifestyle is guided by such values as being less consumerist, zero-waste, more minimal in terms of my home and the things I own. I've also rediscovered my love of nature and the natural world—to such an extent that I've moved away from Paris and now live in rural France.

I suppose if I had to, I could return to the career I left behind. I've been several years out of it now, but I'm sure I could pick up somewhere. I think I'd be desperately unhappy, though.

Fun question! I suppose it would have to be "Paperback Writer" by the Beatles! Although I hope my subject matter is a little bit deeper than those song lyrics!

I'm a novelist. It sounded weird for me to say that when I first moved to France, but several books down the line, it feels natural.

Interestingly, during my first years in France, I wrote every weekday, like it was a 9-5 job. As such, my first three novels came out in relatively quick succession. Recently I've moved away from placing that kind of pressure on myself. I think maybe I no longer feel that I need to prove to myself that I can make a success of my writing career.

I still write, of course, but there is room in my life for much more now.