Gaelan Draper's Journey From Actor to Filmmaker and ECD 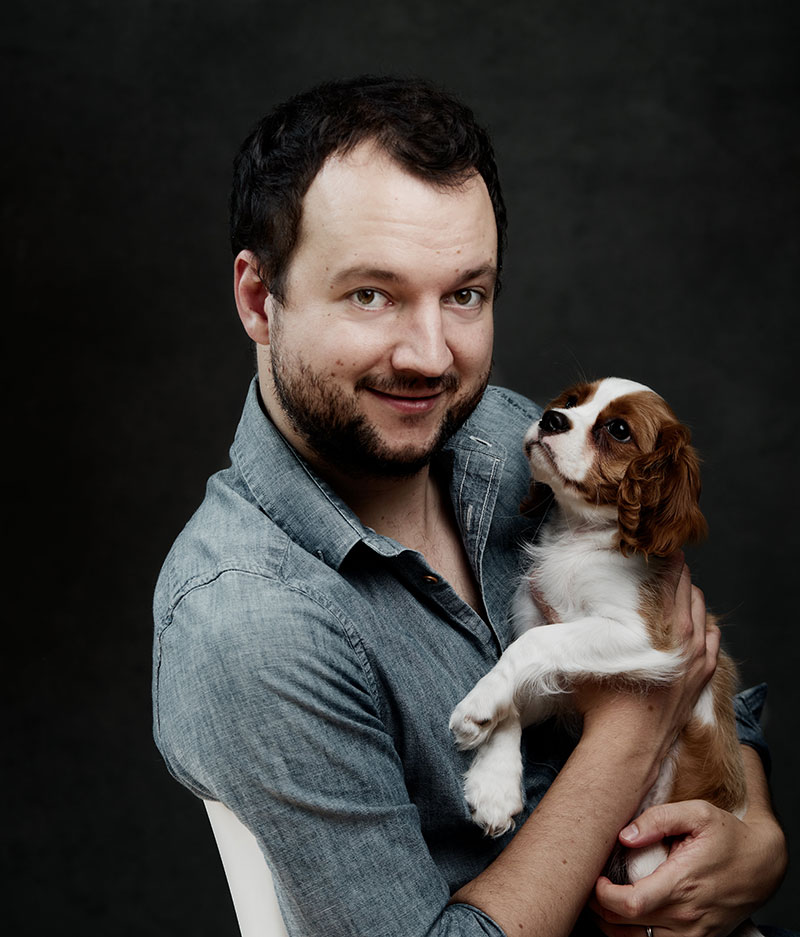 Reinventions is a questionnaire series with people who are making pivots in their lives. Meet Gaelan Draper, who went from actor to executive creative director at Quirk Creative.

I started my career on film sets at age 10, when I was cast in Chocolat, the film starring Juliette Binoche and Johnny Depp. From there, I spent a decade in front of the camera on a number of projects. Then, when I was 18, I enrolled in NYU for filmmaking.

While still acting, I started working more and more behind the camera as well. In a kinda wild side tangent too long to print, I spent several years building California Burrito, a Mission-style burrito chain in India. Then, a few years after meeting Meryl [Draper, Quirk's creative CEO] in Bangalore, we started Quirk.

Starting Quirk was a combination of everything we thought we knew at the time: Meryl knew advertising, having worked as an art director at Ogilvy, and I knew filmmaking. Of course, looking back now … it's clear what we knew barely scratched the surface! To me, creating commercials is the closest way to being able to direct films and get a budget for it as your day job.

We lived in a tiny, single-room apartment in the Tenderloin neighborhood of San Francisco. I would take client calls while sitting in the bathtub, because there was no other place to separate us, and that was passibly quiet.

Our first client was Western Union, who asked if we could travel all over the U.S. for six days to create a spot they needed in less than two weeks. Having never done this before, we eagerly submitted a budget that was the equivalent of three cheeseburgers and a one-way plane ticket to Alaska. They immediately agreed.

I remember, right after, feeling both ecstatic and also feeling like the two guys in War Dogs ... "Uh, what did we just agree to?!" The campaign we filmed went on to win 16 awards.

One? Everything! It's insane to start an agency from scratch. You basically wake up one day and decide today is the day to convince people they should pay you for work—that you feel very unqualified to do! Both Meryl and I think the other person's job in the company is actually the hardest: I have no idea how to do sales, and marvel at the team that goes out every day and lands us such amazing clients to collaborate with. Meryl thinks the filmmaking part is the toughest. Fortunately, and because of that, we make a great team!

Working with clients. I think as an industry—and in any service industry—the joke is always that you are at the whim of difficult clients that exhibit diva-like behavior that you would need to see to believe. While we all have some horror stories, overwhelmingly I find 99 percent of people are working toward the same goal: Make an awesome commercial that is going to blend fun creativity while making an impact on sales.

I see our job at the agency similar to lawyers: Clients pay us for our expertise, and it's up to them ultimately if they want to take our advice or not. When you establish a relationship like that, I think it tends to be a win-win for everyone.

The best thing is to accept that you always have a lot to learn, and work to constantly reassess out how to do things better. If you want to build a career and build your talent—no matter what career path you are in—being stagnant or comfortable in your role is never going to get you there. I've directed hundreds of commercials, yet I look at each one in terms of what was successful, and where I can do better. And there is always something I can do better—usually many things! Stay hungry.

I get inspired mostly by one thing: people who are extremely driven. Whether it's colleagues in Quirk, or other filmmakers I follow in their careers, I really don't care what the final product is. Whether you fail or not, I'm inspired by people who swing for the fences every day.

Receiving feedback! When I first started filmmaking, I could easily get hot-headed about ideas that I felt were precious, that were mistreated, or that I didn't want to let go of. A crazy-talented director suggested I read Creativity Inc., about the founding of Pixar, and I was hooked on their approach to feedback. In short: If you love your idea, you should be comfortable defending it, and also open to assessing real issues in it. You don't have to take everyone's advice—and you shouldn't—but real confidence comes from being OK to receive advice, and either taking or leaving it.

To making burritos and acting in front of a camera? Those are both awesome things that I certainly hope to continue!

After a 14-year break, I recently picked up the cello again. I adore the cello. Jacqueline Du Pre's live performance of the Dvorjak concerto in 1968, where she breaks a string and then continues, is so beautiful, so full of mastery and so extremely cinematic—it's a classic.

I'm a film director and ECD at Quirk Creative, a Brooklyn based agency that specializes in video.