'I got back in touch with what I'd loved about my career ... crafting cool digital experiences' 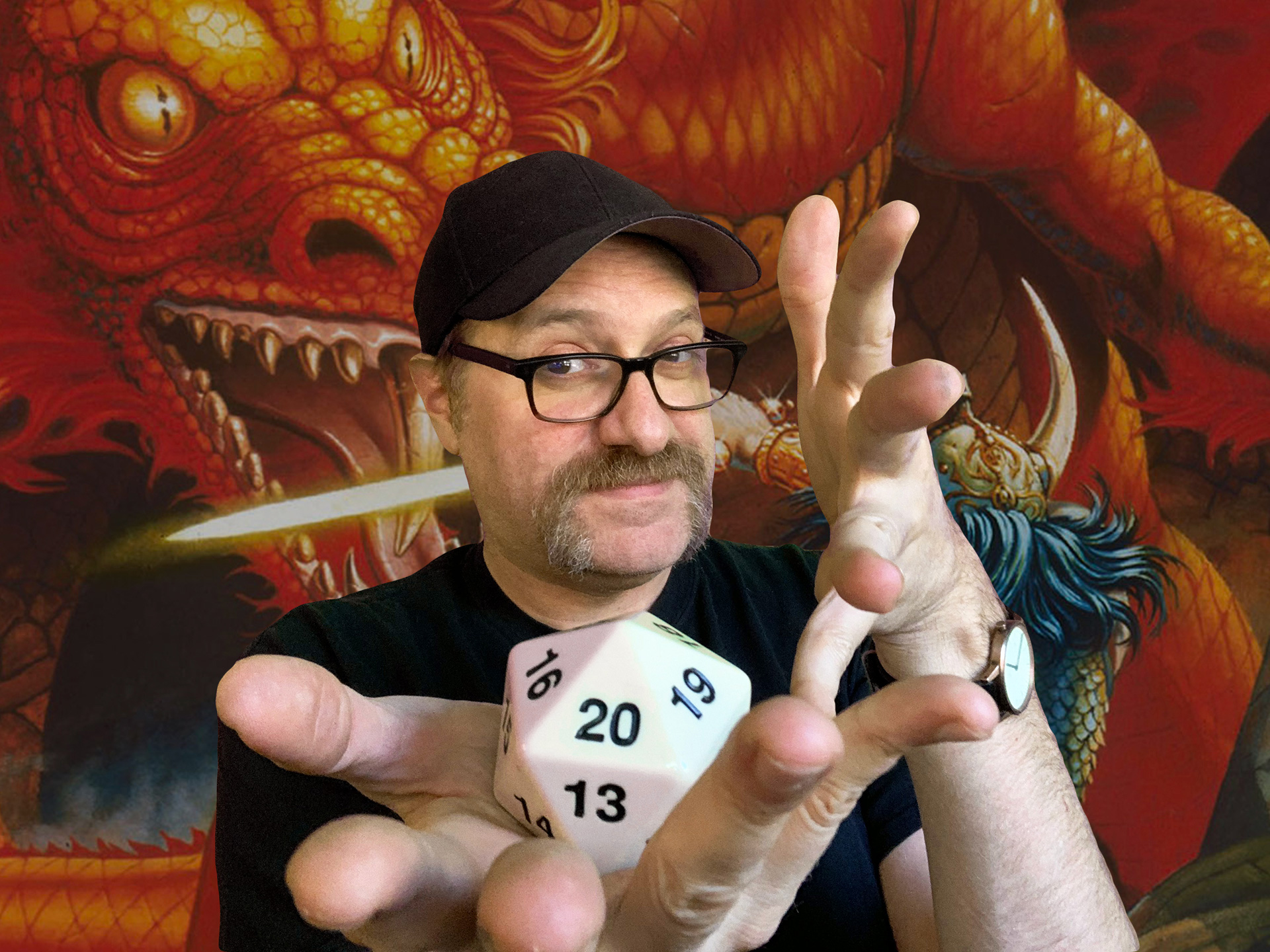 Reinventions profiles people who've made big pivots. Meet Gabe Garner, who defected from digital agencyland for the wide, wonderful universe of Dungeons & Dragons, as founder of The Undiscovered Lands.

I was a digital agency guy for over 20 years. For the last 10, I'd been at Firstborn as SVP of business planning. It was a pretty senior role, and I was meeting with a lot of marketing executives at major companies to figure out how we'd help solve their business problems with cool digital experiences—websites, apps, augmented reality, etc.

I started playing Dungeons & Dragons (D&D) with my son, Cassius. He was 9 at the time. My dad taught me how to play around the same age. I'd been playing for years with co-workers and friends. I started running a game for Cassius and his buddies over Zoom during the pandemic. They took to it really fast and it became a bit of an obsession for them.

Cassius wasn't a big reader or writer, but I noticed he was keeping a journal of our sessions, and constantly reading his new D&D books. It started to give me an idea.

As parents, we look for activities for our kids that are positive experiences for them, whether it's sports, martial arts, gymnastics, art classes, etc. D&D fits squarely into this same category of "a thing your kids should do." It has a ton of positive elements like reading, math and creative thinking. I realized there were probably parents out there willing to pay for their kids to have this experience, and just needed someone they could trust to produce it for them.

So when they were handing out the next round of layoffs at work—Covid was eating the ad world—I raised my hand. I thought I'd find another agency job and do this on the side, then realized I really wanted to give it my full attention. It was all totally new territory, a vast undiscovered land.

I thought that sounded like the name of a D&D game, so I bought the domain name TheUndiscoveredLands.com and now run an online afterschool D&D program for kids all over the country. I'm also launching an arm of the business to run D&D games for remote workers (grownups!) as a kind of company perk. That venture will launch soon.

I got back in touch with what I'd loved about my career in the first place: crafting cool digital experiences. I wanted something that was going to really blow kids away, something more than a talking head on a webcam.

D&D isn't a video game. It's an analog story-game played with a group of people using their imaginations. Most people play it with some degree of stimuli, usually fantasy art and painted miniatures that help tell stories. So I leaned into that.

I've been painting miniatures as a hobby for years, and got really excited imagining how I could use them with a Zoom call. I invested in some 3-D printers and printed whole fantasy scenes—dungeons, magical forests, etc.—that I could pump into my Zoom feed via Open Broadcasting Software, transitioning between different cameras and fantasy art to create something that feels more like an interactive performance than some dude on a Zoom call. You don't need to do this to play D&D, but the kids really enjoy it, and it makes everything feel more premium.

I developed all this with my son, and tested games with his friends and some grownup groups. We tested for months before launching. When parents started emailing me about how much their kids were loving the game—and how much they appreciated the extracurriculars around D&D—I knew I was on to something.

Big changes are hard, and there are built-in insecurities. When I was starting out, I was embarrassed to tell people what I was doing. I went from giving presentations to C-suite executives at Fortune 10 companies to playing make-believe games in the company of 10-year-olds. I was afraid my old colleagues would think I'd lost my mind. I told a friend I felt like Richard Dreyfuss in Close Encounters of the Third Kind, sculpting mountains in my mashed potatoes.

Looking back, that seems totally ridiculous. My old colleagues are happy for me … maybe even a little jealous.

Finding a niche. We hear that a lot with online businesses in general, that if you can find a niche you can make a living. I always assumed this would be exploiting some obscure business insight in a big industry, like automating a complicated business process through an app or something. But a niche can be anything, and there's probably one lurking right now in something you do every day.

What works for other businesses may not work for yours. For instance, I kept dumping money into Facebook ads, thinking it was where I'd get a ton of customers. It wasn't. It turns out word-of-mouth from parents, and recommendations from friendly local game stores, were much, much better at this. I've since reoriented my marketing to focus on these areas.

Adapt to what works and don't waste too much time on things that don't.

I have an incredibly supportive partner, which is huge. She keeps me inspired every day.

I haven't made a presentation deck in over a year. You have no idea how good that feels.

To consider this, I would have to look back, which I decided not to do when I started.

"It's Alright, Ma" by Dylan. When I've been at big pivots in my life, this song always finds me. "He not busy being born is busy dying" is a good yardstick for different stages of your life.

Professional Dungeon Master is a title that people are using these days, although anyone unfamiliar with its context gets the wrong idea immediately. But that really is the title that best describes what I do, and I've learned to live with it.

There are probably a handful of people doing this today and it's totally new, but I liken it to being a kind of Little League coach. I'm not teaching kids academics. I'm not really claiming to teach them anything except how to play Dungeons & Dragons. But what I am doing is helping them to participate in an activity that has its own set of lessons and experiences, and they're having a blast doing it. How cool is that?