For Magician Daniel Chan, the Show Goes On ... Virtually

'When I realized that I had global reach, I leaned into performing on Zoom' 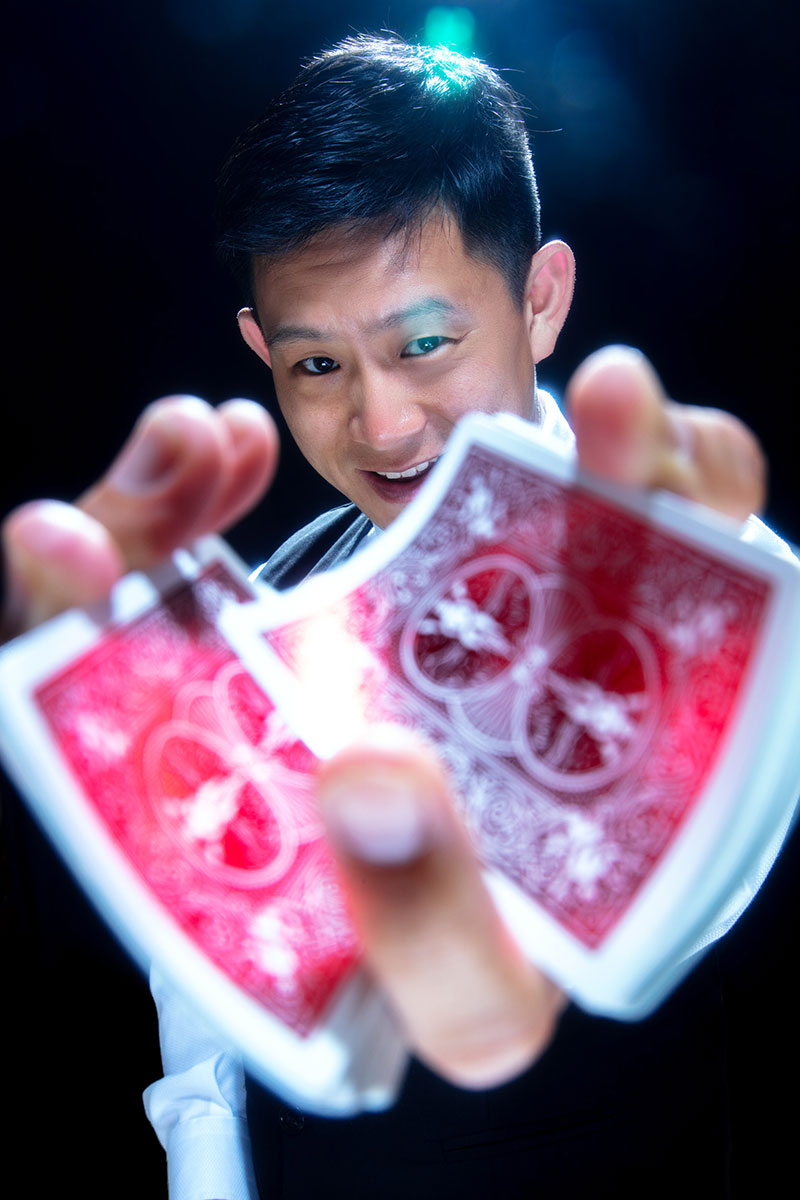 When the pandemic hit, I was completely stressed, and I took to the internet like when I started. I treated performing online like street performing, and would do many free shows until people started paying me and shipping me. Then I started charging, and I was right back at it.

Now I can make 20 times more per hour than I used to, over Zoom, because I don't have to drive, arriving an hour early and staying later. When I realized that I had global reach, I leaned into performing on Zoom.

I ended up waking up at 5 a.m. and sleeping at 2 a.m. in the morning at the beginning of the pandemic.

I had to learn new things—like the technology associated with OBS (a broadcasting software), and how to set up my Stream Deck.

I didn't even think about it much. I had no preconceived notions.

Just start doing it. Also, every medium has its strengths and weaknesses. Think about what's stronger on Zoom. One is, everyone can see the person reacting. Before you were looking only at the magician; now, you can see all the other reactions, which amplifies the emotional impact of what you do.

In the beginning, I saw lots of Zoom shows. I saw Jason Suran's show, which inspired something I do in my presentation.

I definitely could go back to performing live; however, I'm enjoying performing over Zoom and hope this trend continues!

Instead of telling you, I'll show you:

A virtual magician who performs over Zoom. I create memorable, high-impact, rewarding experiences for corporations that connect team members who are separated by distance.