The 38-year-old mom poses as a teen online 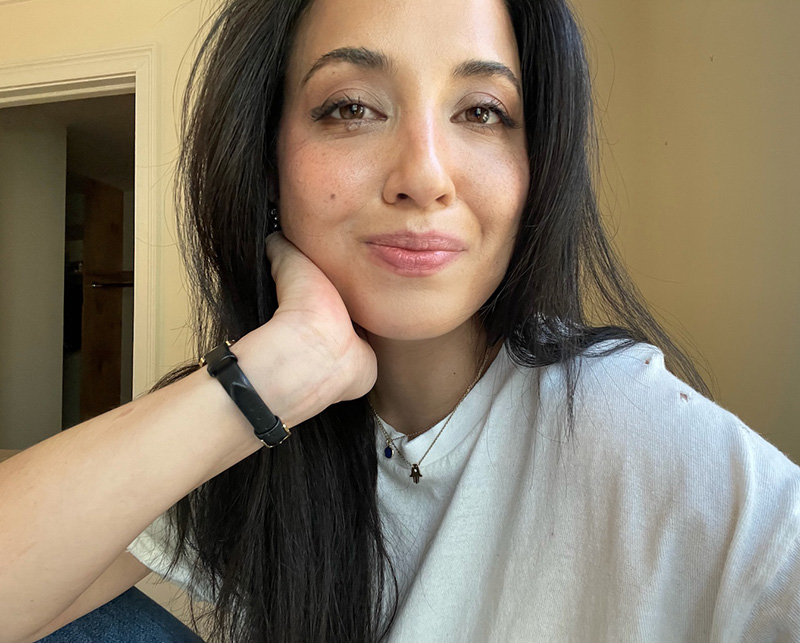 Reinventions profiles people who've made big pivots. Meet Roo Powell, who packed her bags and left the branding and creative space to start SOSA (Safe from Online Sex Abuse), a nonprofit that battles online sex abuse and the exploitation of minors. The 38-year-old mother of three daughters made headlines when she transformed into a teenager—via wigs, makeup, prosthetics and digital editing—to identify online perpetrators. Those decoy exploits drive Undercover Underage, a six-part docuseries now streaming on Discovery+. Powell stars, and also serves as an executive producer. (Writing for Adweek from 2013 to 2019, she worked with several current Muse by Clio editors.)

While heading up creative at a tech company, I wrote a piece about a project my team did around the ubiquity of online predation. It went viral, which led to some media attention, which led to me wanting to focus on the issue of online sex abuse and exploitation.

It was a whirlwind, and this all happened as the world was getting hit with a pandemic. I took some time after my job at the tech company, where I had been knee-deep in this "predation project," to reassess before launching a nonprofit and working on the docuseries.

Figuring out my own parameters. I knew what I had been doing before—no real working hours, no separation between work from home, no boundaries—was no longer tenable.

Creating a new circle of support. When you work for a company or have the same circle of clients, you're essentially working with the same group of people all the time. Sometimes it's good and sometimes it's bad. At one point, I was in a situation where the environment was unhealthy and I knew it, but it wasn't until I was far removed from it that I realized how bad it was. Creating a new space for myself allowed me to have autonomy and the ability to work with people that have similar work ethos.

You are never fated to a choice forever. You can make a new choice. You can go down a path and say, Shoot, that wasn't the path and hit a hard right. You can declare something and recant. Just keep shuffling along or you'll sit there and languish in indecision. Better to be in motion and pivot than be frozen in ambivalence. (I say this as someone who often looks like a meerkat in the desert.)

I had created a series of videos about online sex abuse and exploitation, really geared towards young people, stressing that abuse is never a victim's fault. A couple of young people commented and asked if I could create a video from the point of view of a mom telling them that it wasn't their fault. That broke me. The idea that some people out there just need someone affirming that abuse isn't their fault continues to renew my resolve that this work is important.

I'm on TV now! That's weird. I turn on a streaming app and my big-ass head is staring back at me. This was not part of any five-year plan or 10-year plan or one-on-one or 360 review or "Tim Ferriss shotgun-a-green-juice-and-write-down-your-goals" template. But it's been an incredible tool in raising awareness. The nonprofit space is definitely different from the for-profit space, and this has been a learning experience.

Roo Powell (@roo_pow) is on a mission to expose the dangers of and prevent online child sex abuse. In the latest episode of #UndercoverUnderage, Roo and her team juggle three dangerous predators at the same time. Stream episode 5 now on #discoveryplus. pic.twitter.com/SoGhFZrUAH

I now work out of an office downtown because it's been a pivotal part of putting boundaries in my life. I'm very much not working at home, which is the opposite of the trend since the pandemic started. Shower every day! Pants every day! Makeup most days!

I could go back, sure. At the moment, I don't want to. I think I still have more work to do in this space. But writing will always remain a true love.

There's this rapper based in London named Little Simz. Her work really got noticed in 2019, and then she became popular on TikTok this year. She's a great performer, and I think her song "Venom" is just a cool, feminist anthem, but not in a "let's go girls, rah-rah" way—but in a dark, energetic and powerful kind of way.

I think the Twitter bio version of it is something like "Writer, child advocate, founder of SOSA" but also that person in Undercover Underage who puts decoys online to identify predators for law enforcement. It's difficult because once I start saying that, I ruin a lot of dinner parties. In polite company, I'm generally vague and say "I'm a writer and I work in the nonprofit sector, could you please pass the cucumber salad?"