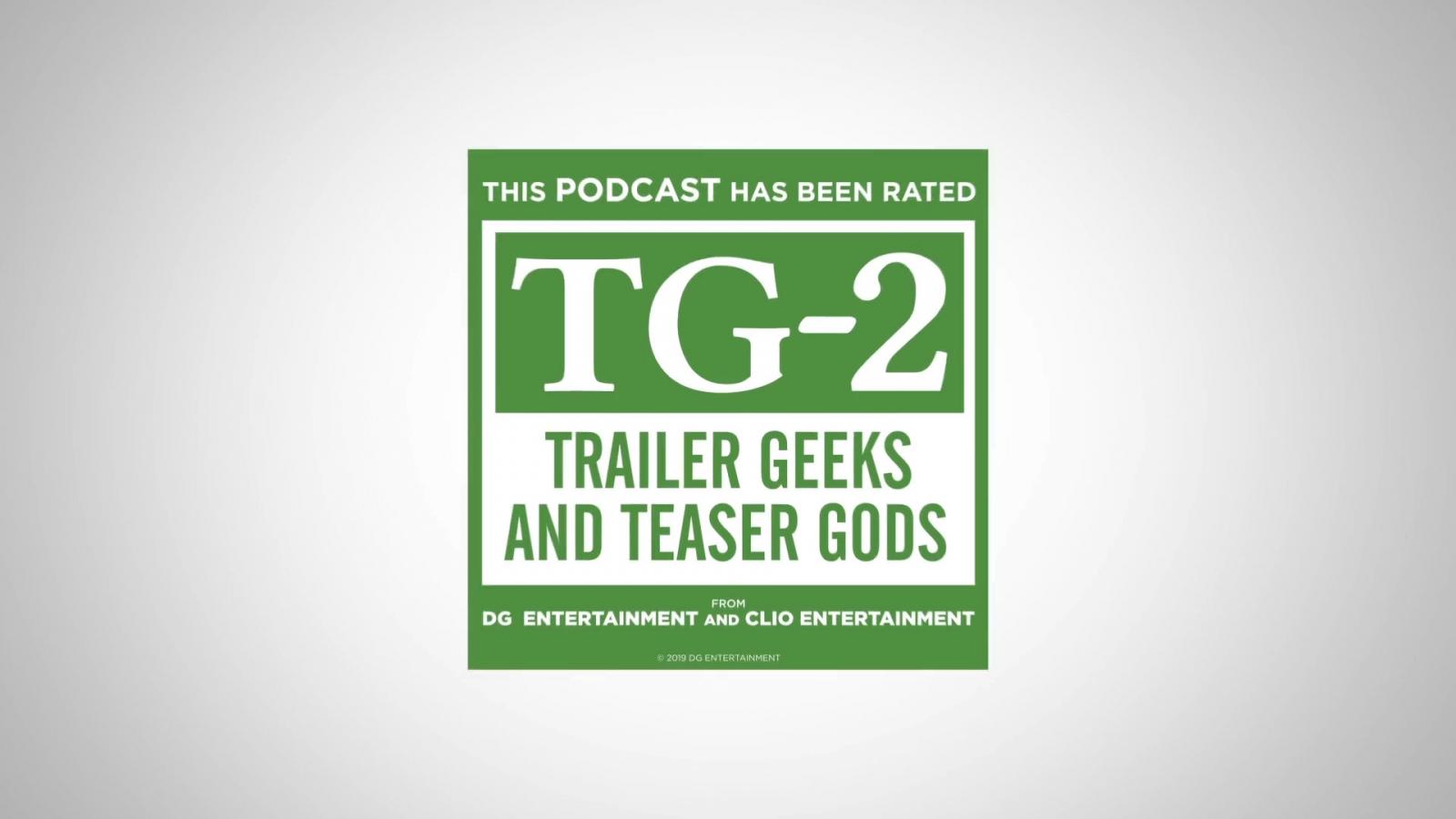 Are you one of those people who gets to the theater early just for the trailers? I am. I even have a game: Guess how many trailers will be shown. You have to be strategic with your guess because the numbers shift during certain times of the year. A blockbuster in 2019 might have double digits.

Let me stop myself. I am a trailer geek. Luckily, I'm not the only one. In fact, it turns out there's a large group of us around the globe. And Corey Nathan might be the biggest trailer geek of all.

If the title of his podcast, Trailer Geeks & Teaser Gods, didn't give it away, he geeks out over the craft and wants to share the stories behind some of the most popular trailers and the perspectives of the creatives behind the scenes.

Of course, you can't have a podcast about trailers without its own trailer. So, check it out below—the trailer for Trailer Geeks & Teaser Gods.

The podcast is available on Spotify, Apple iTunes and Google Podcasts. It launched in August; there are 15 episodes so far, with new episodes posting on Sunday nights.

Corey's been a part of the entertainment marketing community for more than 20 years. As a partner at Nathan, McDowell & Rose, Inc., he worked on the business side rather than the creative. However, he'd always been fascinated by the art of trailer making. And he'd been privy to the stories behind many of his favorite trailers coming straight from the folks who cut them.

It wasn't lost on Nathan that most people have no idea about the entertainment trailer industry, and certainly not the about creatives cutting the trailers. So he partnered with Robbie Davis, president of DG Entertainment, and together they set out to tell the story of the modern trailer industry, which hasn't been told.

"It felt like there haven't been forums where the work can be honored, let alone the people who are doing the work," Nathan says. "We've had the Key Arts, which is now Clio Entertainment, of course, and Golden Trailers, but nowhere to actually discuss the work—a place to talk about the craft as art. I've always felt the pull to tell the story of the modern trailer industry, honoring the people behind the work—obviously, in an entertaining way, in an engaging way."

However, marketing a movie is its own art form. People frame movie posters and hang them on their walls all around the world. Those stories of art are what Nathan set out to tell. He was pleasantly surprised by the eagerness of the community to participate.

"Right out of the gate, the very first person I invited to do this was Barbara Glazer, co-founder of Ant Farm and Picture Head agencies, who many would agree—if there were a Mount Rushmore for modern trailer gods, she'd definitely be on there," says Nathan. "She understood it and was really enthusiastic about doing it."

"They're wonderful people at the highest levels of their craft and the highest level of the industry," Nathan says. "I think once they understood the spirit behind what we're trying to do, they were all for it. Each one of these folks has such an interesting story to tell."

Throughout the podcast, Corey chats with industry legends about their stories of working on some of the most celebrated film campaigns, including Home Alone, Fifty Shades of Grey, Dumb & Dumber, Austin Powers, The Fast and the Furious, Lord of the Rings, and many more. The main focus is on the creators, the masters of the craft, and the unique creative challenges faced in entertainment marketing.

"A couple of my favorite questions deal with creative challenges and secrets to success," Nathan says. "It's something that takes these mythological figures and brings them back to humanity. There were struggles at the early points of their careers. There were questions they had after successful runs and while they were in between companies. Then, hearing the earnestness of their failures and what they learned from those experiences."

Nathan adds: "Those are the moments that I find incredibly valuable because we all experience ups and downs—to hear these people who are so immensely successful, the true virtuosos in this industry, went through their struggles too. They had to work their way up to where they got. But they all have similar traits—resilience, persistence, which allowed them to get through those struggles and to succeed again, or succeed for the first time."

Of the many episodes Corey has recorded, one of his favorites is the one with Maria Pekurovskaya.

"She's been at Universal since 2002. Now an evp, she's very accomplished. Not only that, she's sustained success." Nathan says. "What I especially love about the conversation I had with her is that if you hear nothing else, you'll hear her genuine sense of, not just enthusiasm for the work and the people that she works with, but the sense of wonder that's renewed with every movie. A childlike sense of wonder that she still holds after being a very successful producer, and then getting to the studio in 2002. It's so refreshing to hear."

Here's the full episode with Pekurovskaya.

Among the other episodes Nathan is excited about is one with Alec McNayr, a co-founder of McBeard and now evp of marketing & communications at Otter Media.

"He's one of the co-founders of McBeard agency, arguably the most successful social media strategic content company, and he's so insightful," says Nathan. "Not just with how to do effective marketing in this evolving world, but his insights into the culture and psychology of any particular audience are really interesting."

Nathan also recognizes that one of the most important elements of a successful trailer is the music. The episode that just came out this week features Toddrick Spalding, partner and music supervisor at c90 Music Supervision.

"Just his love and passion for music, as well as his passion for collaboration—as a music supervisor, you have to collaborate in a very different way with editors, or producers, or even creative executives at studios," Nathan says. "He had a really interesting take on how great work happens from a musician, composer, sound effects guy."

At the end of the day, Nathan hopes to bring more attention to the entertainment marketing industry—whether it's students trying to figure out how to break into the field, or marketers from other industries curious about the world of entertainment as the lines of brand marketing continue to blur, or a kid from North Carolina who loves nothing more than to watch and study trailers. He wants Trailer Geeks & Teaser Gods to serve as a look into this world and the amazing creatives who keep it spinning.

"This is a craft that millions of people love around the world. People seek this kind of marketing out nowadays. People go to Apple trailers and YouTube and they're waiting for the next Star Wars trailer to drop. It's a real craft that people are huge fans of," Nathan says, "Many people are fans of baseball and football. But we know who Babe Ruth is. We know the greatest baseball players. But we don't know the Babe Ruths and the Lou Gehrigs and the Hank Aarons of the trailer world. This sort of recognition is not what any one of these Babe Ruths would ever want that for themselves. That's not what they got into the trailer business. But I wish it for them—that they'd be recognized for the virtuosos that they are."