How Dunn&Co. Brings the Thunder for NHL's Tampa Bay Lightning

Inside its innovative work for the Stanley Cup champs

In the summer of 2020, with the pandemic disrupting sports across the globe, Dunn&Co. faced a daunting challenge as its showcase client, the Tampa Bay Lightning, prepared for the NHL's 24-team playoff tournament. The team and its supporters would be separated by thousands of miles, with all postseason action taking place in Toronto and Edmonton, without fans.

Subverting the notion of separation, Dunn urged Bolts backers to "Be the Distant Thunder," and gave fans tactile links to their beloved Lightning when they couldn't attend games.

For one iteration, dubbed "All On Board," the protective partitions that divide the stands from the ice—and players from spectators—morphed into symbols of unity. Fan-signed plexiglass from Tampa Bay's Amalie Arena traveled to the NHL playoff bubbles in Canada, while panels autographed by Lightning stars were displayed at urgent care centers to show solidarity with front-line health workers.

The Lightning defeated the Dallas Stars to win the Stanley Cup in 2020, and as they skated toward another championship in 2021—ultimately besting the Montreal Canadiens—Dunn doubled down. Welcoming fans back to Amalie, the Bolts offered a rentable Airbnb night at the arena, compete with skating, Zamboni rides and a chance sleep next to the shining silver trophy:

At one point, the faithful's tweets of encouragement entered the games themselves, printed on hockey-stick tape:

"These creative, out-of-the-box, big ideas garnered us national attention both inside and outside the sports industry, earning over 75 million impressions and over half a million dollars in earned media," says Brittany Austin, the Lightning's senior director of brand and content marketing.

For those efforts, Dunn recently won 10 Clio Sports Awards. That work follows the trend of franchises and leagues portraying fandom as an extension of personal identity, woven into the fabric of daily life and popular culture. And it marks the evolution of a game plan established by president and creative chief Troy Dunn when he founded the agency in 2003.

"Advertising is dominated by metrics now, but when I opened nearly 20 years ago, it was more about creating emotional work that grabbed something inside of the audience, whether the heart or the head," Dunn says. "We try to stay true to that original goal—laugh with me, cry with me, or think with me. But do something with me rather than scroll through to the next ad."

After several years at Tampa creative boutique Shirley-Hutchinson, Dunn founded his own agency "because I wanted to make more interesting work than I was seeing all around me," he says. "I was confused why most agencies' work was forgettable. Why didn't every agency make great work? But then I came to understand: Most agencies are in it to make a buck. It's a means to an end for them, and that end is financially motivated. That was never my goal. Sure, our work is meant to further the profitability of our clients. But I've always held the belief that with great work will come great success."

Today, Dunn&Co. employs 40 staffers across at its Tampa HQ and an outpost in London. Along with rest of the industry, the agency weathered a pandemic decline in 2020, "but 2021 has been gangbusters," says Kamden Kuhn, EVP of strategy. Eight clients signed on in recent months, with the agency's adjusted gross income up 34 percent from pre-Covid levels.

In the conversation below, Dunn, Kuhn and executive creative director Chris Corley, who joined in April, discuss where the agency's been and look toward the future. 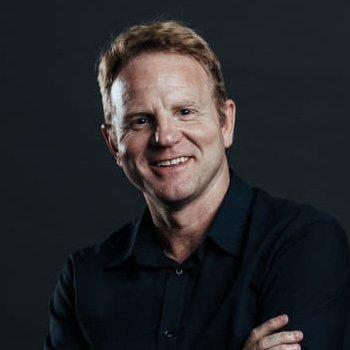 Muse: What inspired you to get into advertising?

Troy Dunn: While I love a big idea, what used to get me excited were one-off spots that sucked me in, made me laugh and made me envy whoever was responsible. Spots like FedEx's "Alien" and E*Trade's "Mr. Dinky."

Can you talk about the early days as a startup?

Troy Dunn: When you first start out, you're doing everything—new biz, strategy, account service, creative, billing … it's wild. My two freelance partners, Brian and Phil, were a CD-level copywriter and art director, and among the three of us, we created everything and sold it through.

Who was your first client?

Troy Dunn: My first clients were Baxter Healthcare and Firehouse Subs. So, two very different types of clients in vastly different industries. The awesome thing is, these clients forged the path the agency would take, even until today. Firehouse gave us the restaurant chops we needed to work with other eateries like First Watch, the Melting Pot, Outback, Checkers/Rally's and Smokey Bones. And we continue to work with Baxter today, even after 18 years. But understanding that industry as we do, it opened doors to several other major international brands, such as GE Healthcare, AbbVie and Astellas.

Was there a moment when you realized you'd arrived as a force to be reckoned with?

Troy Dunn: Even though Dunn&Co. has been profitable from year one, I felt that we'd "made it" in the biz when we beat CP+B for the Tijuana Flats business [five years ago]. This was the agency I'd looked up to forever, and to be chosen over them for any account was unthinkable, a pipe dream. We poured ourselves into that pitch, doing all sorts of spec work in various media, and to win was a wake-up call that we'd come of age. 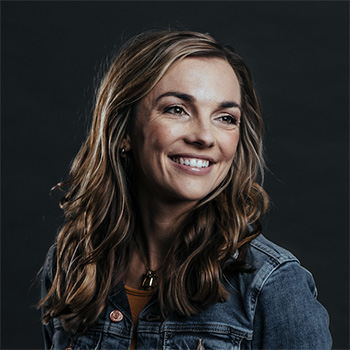 You're best known for your Lightning campaigns. Can you walk me through that relationship?

Kamden Kuhn: We won the pitch in 2012, and in the early years we were trying to build some equity for "Be the Thunder." Then, research taught us that fans felt "Be the Thunder" was simply asking them to cheer loud during games. We spent several years trying to make the rallying cry mean more than only cheering. We needed fans to allow the Lightning to infiltrate their lives and for their fandom to become part of their personal identity, how they spent their time, how they chose their friends, how they raised their kids.

Troy Dunn: Seven years ago, we conducted market research that revealed that most Tampa Bay fans didn't think that there were many Lightning fans out of our own market. They accepted that larger market teams had fans around the country, which was demonstrated by the ubiquitous wearing of out-of-market jerseys to games. But they didn't think anyone was wearing a Lightning jersey to out-of-town games. Frankly, Tampa Bay had a bit of an inferiority complex. We set out to dispel this notion by suggesting that we find fans in far-off places. We would call the effort "Distant Thunder."

In 2017, we found a die-hard Lightning fan in a remote part of Brazil named Rafael and took it upon ourselves to finance the production of a documentary film. When we presented the final product to the team, everyone knew we'd struck gold, and the organization proceeded to arrange to have Rafael flown up to Tampa to watch his first game, treating him to player meetings, hanging in the locker room, rinkside seats, etc. He had never even been to a Lightning game before, and the whole campaign became instantly iconic.

Troy Dunn: We made more "Distant Thunder" films—in Scotland, Bali, Italy and New Zealand—the latter with fan Callum Brown, which, in the fashion of our series, was beautifully shot. [It won at Clio Sports in 2018].

But then the pandemic changed your approach?

Kamden Kuhn: We tried to communicate that apart did not have to mean absent, and that was the era of "Be the Distant Thunder." Today, with two Cups under our belt, we're working to reinforce our position as Tampa Bay's pre-eminent team. That means reminding our community that Lightning hockey is an absolutely essential part of Tampa Bay living. And that those of us who live, work and play here are indeed, "Here for the Hockey," which is our current campaign.

Here for the Hockey

What lessons have you learned from these campaigns? What should clients and agencies do to succeed in sports?

Kamden Kuhn: We can't predict our teams' performance, and we shouldn't try to make promises about it, either. Clever lines that promise performance put the marketing at risk of looking silly if the team fails. We've tried to focus our efforts on the factors we can influence, like what makes up the soul of the team, and the fans' relationship with the team. We try to build a strong sense of community and a bond that can insulate the brand from crummy performance on the ice, field, court, etc. 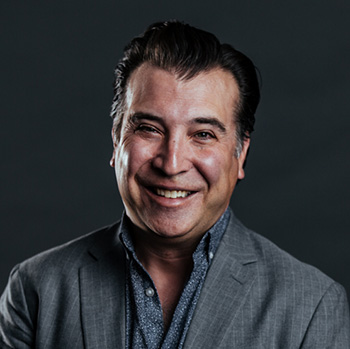 Beyond sports, is there any other work you'd like to highlight?

Chris Corley: The "One Foolish Act" campaign for the Florida Department of Transportation is one of the reasons I wanted to come to Dunn&Co. It's thought-provoking, heartbreaking and written in a pitch-perfect tone. It stays with you. It haunts you. And most importantly, it changes behavior. The Earl of Sandwich campaign combines two of my favorite things: history and sandwiches. Bringing the brand's namesake to life is totally ownable, approachable and memorable.

What do you see in the future? Any specific paths for growth?

Troy Dunn: We're rooting for growth and traction for the entire sport of hockey. Only about 17 percent in the U.S. follow the sport—similar to soccer's following. It's gaining popularity, but still lags behind football, basketball and baseball. Also, sports betting is getting big, big, bigger. So, we've got our eyes on that landscape and its impact on how fans relate to their teams.