Top draft picks who rise from poverty to sign with the NBA. DJs and rappers with tracks climbing the charts. Sluggers and ace pitchers from Latin America who join MLB and experience life in the U.S. for the first time.

When diverse athletes and music artists ink lucrative deals with sports leagues, record labels and brands, they often have different priorities and goals based on their backgrounds, upbringing and cultural factors. Many need guidance on managing short-term expenses while building financial security over the long haul.

Marriage and relationships, home buying, stocks, wills, trusts, charitable giving—such factors play into the mix for budding stars, still in their teens and early twenties, as they navigate the worlds of professional sports and pop music.

Enter Damian Pardo, SVP and financial advisor at First Horizon Advisors. As a financial advisor, he guides athletes and recording artists. He introduces them to experts when necessary so they can enjoy the fruits of their labors today, while creating security for decades to come. 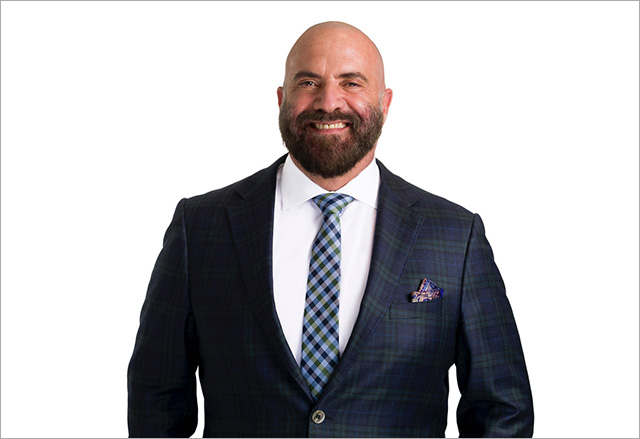 "A lot of what we do is listen, because we're trying to figure out the client, what's important to that person, what drives their mind, what moves their heart," Pardo says. "If we don't know any of that—details of their personal histories—and we're just throwing out information and delivering a proposal, we've done nothing."

Creating Your 'Second Self'

Often, Pardo's clients find themselves tempted to burn through cash—acquiring fancy cars, homes and clothes. The lure of glamour and fun can prove tough to resist.

"I'm not there to judge or change that. I'm there to add some reason around it," Pardo says. He counsels clients to consider the future, helping them envision their "second selves"—who they want to be when their playing days and recording careers wind down.

"Everything is based on relationships. And what's the core of a relationship? Trust. It's being a voice of reason, a sounding board, and not going away."

For example, if a client spends $20,000 at a club in one night—and he's seen it happen—Pardo might ask, "'How do you feel about that?' And maybe they'll say, 'I had the best night of my life. I would do it again tomorrow.' I try to counsel them to make smart financial choices. Part of the reason they continue down the road [of questionable spending] is that they don't have the facts. But if you keep presenting those facts in a relationship-driven manner, they start understanding that they're making poor choices."

Where do they want to be in 10, 20 or 30 years? How will they care for their life partners and kids? Perhaps they'd like to ease their parents' burdens or establish nonprofit foundations to support causes close to their hearts. Such "second-self" concerns inform Pardo's approach.

"We start with building some concrete objectives and helping people get to the next step so they're making progress in achieving their vision," he says.

Pardo frequently works with recent arrivals to the U.S. His personal history gives him keen insight into their states of mind. The son of Cuban exiles himself, he was born in Pittsburgh in 1963, four years after his parents came to America. His father, a Harvard-trained physician, was appointed head of pathology at the University of Havana by Fidel Castro himself. As the regime tightened its grip, however, Pardo's parents yearned to raise their family in a democratic society.

"At the university, they took a vote on introducing Marxism into the medical school curriculum," he says. "My father and most doctors voted against that introduction. All of those people were on the cover of Cuba's main newspaper the next morning as 'counterrevolutionaries,' enemies of the state."

With $20 in their pockets and two youngsters in tow, his parents embarked on a "vacation," making a fresh start in the U.S.

Raised in Miami, Pardo attended the Georgetown University School of Foreign Service. His interest in business developed at an early age, piqued by tales of his grandfather, who had owned and operated a major tobacco company in Cuba before Castro's revolution.

"Business is all about community. It's all about the small mom-and-pop stores, the people out there wanting to do better," Pardo says. "They're at risk from others that may want their money or want them to make decisions that are probably not in their best interest. I wanted to be able to help."

After graduating, he joined Southeast Bank in Florida, working in corporate and national lending. Later, he ran downtown private banking for SunTrust in Miami, then hopped to Merrill Lynch, where he led his own practice for 10 years before moving to Morgan Stanley for another decade. Pardo joined First Horizon Advisors last May.

"We don't just look at which bonds to buy for you. There's a ton of research to suggest the way we need to handle those things," he says. Rather, his team wades into the "grayness" surrounding retirement goals and risk management—and pitfalls abound.

"Clients can very quickly come into a large sum of money, and sometimes the people around them have all sorts of financial needs," Pardo says. "The artist/athlete wants to help out, but the asks can be many and add up to a lot of money. It's hard for our clients to say no. Having a financial plan of an amount for friends and family needs, versus long-term savings and goals, helps give our clients the ability to help others to a certain degree while maintaining the path of their lifelong plan."

Case in point: A former all-star relief pitcher for various MLB teams earned $36.8 million in his 10-year MLB career, excluding sponsorships and endorsements. He began his professional relationship with Pardo in 2005.

"He landed on a different planet when he came to this country," Pardo recalls. "There is no private property, no real estate, in Cuba. There are none of the things that drive, motivate or transact in our world. He was a single guy, having a great time, lots of money, nice cars. He was living the life."

But he quickly realized that something wasn't right. "People were coming up to him, asking for money. He made some questionable investments," Pardo says. "Luckily, he reconnected with his wife, who he had met in Cuba, and fell in love. They married and she became a critical force in carrying out their financial goals. His wife became his partner."

"He wanted to take care of his mom and dad, who today own a house he bought for them. He has two beautiful girls. They live in an amazing home. He sends money back to help his family in Cuba. He built that life because it was his 'second self'—the best version of himself."

"Many of my clients have causes they want to invest in. They want to be involved and give back," Pardo says. "They become influencers, activists and funders. I think it's needed. I wish more of my generation would do this."

Pardo sees investing in meaningful causes as a continuing trend. Many of his clients want to build a legacy, make a change—better the world.

"We're in a transformational period in wealth management for many reasons: technology, social media, the younger generation starting to accumulate wealth and being in a position to inherit," he says. "It's about adapting to a world where everything is driven by the individual's desire and instantaneous connection. But it's still about optimal life."

"There's always going to be a tradeoff"—leisure spending vs. responsibility, living large vs. thoughtful planning, Pardo says. "If we are the people who understand that, then we're going to be in a unique position. Because, frankly, I don't think anybody's even talking about this in the industry. We do. That's one reason I chose First Horizon Advisors. That's one reason I wanted to be part of this team."

Insurance Products, Investments & Annuities: Not A Deposit | Not Guaranteed By The Bank Or Its Affiliates | Not FDIC Insured | Not Insured By Any Federal Government Agency | May Go Down In Value

Insurance Products and Annuities: May be purchased from any agent or company, and the customer’s choice will not affect current or future credit decisions.