How Aquimo Is Bringing Branded Games to Sports, at Home and In-Stadium

That day, the digital scoreboard at the McKale Memorial Center in Tuscon ran a basketball-themed digital contest created by Aquimo, the company Jeffery founded five years earlier as AI Golf and runs as CEO. The firm had just begun to pivot, moving away from traditional mobile games to create titles that could also be played on phones during breaks in live action at stadiums nationwide.

As many of the 6,000 fans engaged with the campaign, Jeffery watched their enthusiasm rise, and he knew he was onto something big.

"You saw your name and your Facebook photo up on the scoreboard, and people just absolutely went crazy—they loved it," he recalls. "This woman starts jumping up and down. We'd never seen anything like it. She was so excited!"

At the time, Aquimo was enjoying a measure of success with College Basketball MVP. Licensed to 44 NCAA Division 1 schools, the game let users play as their favorite team against various rivals. It generated more than 500,000 downloads, "but unfortunately, the economics didn't work," Jeffery says. "You've got to give Apple and/or Google 30 percent for being on their app stores. And we were licensing colleges, which was another 10-15 percent. So, we had a great product but it was not revenue positive."

The reaction in Arizona convinced Jeffery that emphasizing in-stadium elements could supercharge his business model, bringing high-energy branding to timeouts and halftimes—spaces usually reserved for checking texts or emails. Moving forward, Aquimo would put marketers front and center without interrupting the real-game action, providing an extra dimension of fun and excitement to grab fans' attention.

Jumbotrons and other venue screens run lead-in videos explaining how and when to play. Fans aim their phones at these screens to scan QR codes, or access the Aquimo contests through team apps, social media posts or dedicated URLs. Each round of gameplay among users at the stadium lasts 30-45 seconds, and consists of skills challenges such as shooting baskets or hitting baseballs, with digital coupons as prizes.

"Thirty percent of the time, the team buys it directly," says Jeffery. "But 70 percent or even more, the brand is using their existing team sponsorship and then putting us on top of that sponsorship—so the brand is paying us."

For brands looking to score in the $22 billion sports-marketing game, he believes the Aquimo model offers significant bang for the buck over digital signage and other forms of traditional arena advertising.

"The agencies are about selling impressions—how many times was an ad seen by a fan?" Jeffery says. "But a fan in his or her a seat, when there's a break in the game, what are they doing? They're looking at their phones. They're not looking at the billboards or big screens. The idea of connecting on the device they're actually looking at is a big step forward. It's right in front of your face. When you put that ad on a digital board, they may or may not have been going to the bathroom. They may not have even seen your ad. But with Aquimo, we know 5,000 people were playing on that digital board in that time. And not only were 5,000 people playing, other people were watching them, saying, 'What is that? I want to do that.' "

Back in March, Aquimo contests were live with 11 NBA franchises, and the company had 13 Major League Baseball teams queued up for programs. Then Covid-19 hit, causing a months-long pause in spectator sports worldwide. When the games returned, the situation had changed radically. Stadiums hosted far smaller crowds, and sometimes spectators weren't permitted at all.

Though the company is currently live with four NFL teams and five colleges, including Notre Dame, Ohio State and Duke, play-from-home understandably accounts for more than 90 percent of Aquino's business these days, promoted mainly in the team apps or on their social feeds.

Along with the arena experience, the company offers:

• Weekly contests that let fans play any time, with high scores posted to leaderboards.
• Game day campaigns inviting fans to play when they choose, during home or away games, with contests starting two hours before the tip and ending four hours after.
• Live streams, in which fans play against celebrities on Twitch and other platforms.

Below, Jeffery and his clients walk us through some recent Aquimo highlights:

"This game has levels, it's got unlocks," Jeffery says. "You're going to play it for eight weeks, and every week, the game mode changes: It's going to have a different look, branded to different products. The original design had you go to Food Lion to play. Obviously, having crowds of people going into a grocery store is probably not the best thing during Covid, especially during lockdown. So we pivoted to purely play-at-home. It was wildly successful. I think in its last few weeks, we got 30,000 players."

This tilt-your-phone throwing and kicking challenge—with Coke bottles as targets, of course—ran in-stadium last season and as a play-at-home experience this year.

"The NFL has some long time-outs, and the first thing that our fans do when a time out hits is look at their phones. We want to be there," says Baltimore Ravens senior manager of corporate partnerships and sales Trey Bennett. "We want to be the engagement piece. It became very evident that we could develop this game that enhanced our in-game experience and brought to life some Coca-Cola branding."

Likewise, this game had both in-stadium and play-at-home components, geofenced to Illinois because of its lottery sponsorship.

"For us, that was a big deal," says Chris Slepokura, Blackhawks director of production and entertainment. "It was extremely easy to just link out to the web game, so it's embedded in our app, or fans could just go directly to the site to play."

During four Blackhawks playoff games this summer against the Vegas Golden Knights, the contest drew 35,000 fans.

In May, brand-backed drivers Austin Dillon and Daniel Suarez competed against fans on Twitch in a digital cornhole contest. (The bag-toss game is immensely popular among NASCAR fans.)

"They played in two separate events, but they each played against a couple thousand fans," says Jeffery. "We overlaid a live announcer. It's more of a talk show-meets-game-show. And it's really fun. And we award a prize at the end."

Of late, Aquimo has begun branching out beyond sports and past U.S. borders:

Called "Conviertete en Rey"—which translates roughly to "Become King"—the contest encouraged folks to buy Carlos V chocolates and then input a code from the packaging. This let them play the game online, tossing virtual candies at targets to score points. The highest scorers at the end of each day won TVs and gaming consoles.

Such forays point toward the future, Jeffery says, and looking ahead, "we're working with a major national brand on a game that has to do with recycling and being conscious about the environment."

Still, Aquimo's core business remains in sports, and Jeffery says he can't wait to return to stadiums in a big way.

"I think that's a great anchor for us. I'm talking with a lot of teams, and I'm optimistic," he says. "I think we're going to kick Covid's butt by the end of next year, hopefully. We love being in stadiums. The surprise and delight element … it's anywhere from 12-28 percent of the audience of a stadium engaging. To me, is absolutely amazing."

Another plus for the Aquimo model, Jeffery says, is the company's willingness to run special plays.

"If a brand or a team says, 'We would like to do this,' or, 'We have an idea for this,' our attitude is, 'That's fantastic, let's do it!' For example, the Los Angeles Clippers came to us and said, 'We have a problem. Somebody hurt themselves catching a T-shirt on an upper deck, so we're only allowed to shoot the T-shirts to the lower deck. What we'd love is a T-shirt game that we can play—a T-shirt-toss game.' So we built that for them [the Kia T-Shirt Toss]. We were live in the bubble during the shortened 2020 season." 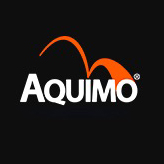 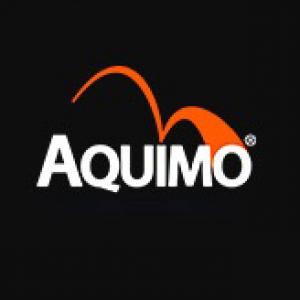