Why I Sold My Soul to Brands

At their best, they help shape our narratives and values

Strategy is one of the more esoteric creative jobs—nonexistent in the minds of most, and a bit misunderstood by the rest. Long before I knew this career existed, my roots in it were growing.

As a child I spent an unreasonable amount of time trying to pick apart social groups like a logic puzzle so I could strategize my way into one. The emotional art of belonging was the great enigma, but it was clear from the earliest days of elementary school that brands commanded some kind of superpower in this arena. Looking from the outside, they were the most apparent thread weaving through friendships. Basketball players had Jordans. Skaters wore DC and Volcom. Preppy girls wore Abercrombie.

My early relationship with brands like these, on the other hand, is one that many people can relate to: I simply could not afford them. My swagger was defined by ill-fitting Goodwill clothes and dollar-store school supplies. In all my charming childhood insecurity, this was an existential threat. It seemed that brands were the password to a glamorous secret society, and not having them was an exile sentence. I was doomed to being that weird loner on the outside looking in.

The outsider experience began as early as kindergarten, when I was cursed with the anti-gift of Roseart crayons. Anybody who has used both Roseart and Crayola knows exactly what I'm talking about. Clouds parted the day I won a coloring contest and walked away with a treasure trove of Crayola gear. The difference was electric. Classmates that had previously ignored me were eager to gather round and try my flashy new 120-pack. Making art together gave us a reason to talk, and I felt the foreign feeling of being wanted. From there, the seeds of an obsession were sown that led me into a brand strategy career: Brands looked like the gateway to belonging.

Once the concept of "coolness" dawned, crayons offered little fuel for my street cred. Cliques were taking shape, and I felt the dire need to prove myself as a truly gnarly skateboarder. Brands were my believed ticket in. So one fateful day, the lone pair of DC skate shoes in stock at Ross called out to me. After scraping together chore money, I was finally able to afford my first real brand. It didn't matter that these particular shoes were way too large and kind of ugly. I wore them everywhere and with anything. I was finally "in" on my own social fantasy.

I continued to scour for skate gear at Goodwill and Ross. I tore out their ads from magazines, and plastered my Myspace page with their logos. Even without making any skater friends, associating myself with these brands gave me the feeling of being somebody rather than a nobody.

Brands can't buy us meaningful relationships, but what they do offer is a visual language for expressing our values. Wherever two people are sporting the same brand, the logo becomes a tangible sign of things they have in common, and in turn, adds new dimension to the relationship.

Take, for instance, a popular brand within my high school marching band: the Bubba Keg water jug. Though an unusual item to bond over, this water cooler was a lifeline during the blazing days of Florida band camp. Owning one of these intense coolers solidified your commitment, and it came with social implications. We expected each other to practice longer and train harder. It represented much more than cold water. The unspoken social contract tied to the brand made us more diligent, and in turn actually made us better at band and strengthened our relationships.

These days, brands have become less important to me as a means for broadcasting a message, and more important in refining my internal, personal narrative. Few items rise to that level of importance; my couch cost $20 on Craigslist, and my entire wardrobe comes from Old Navy clearance. Meanwhile, I will gladly drop $80 on a Lamy pen with zero buyer's remorse. When I write with a Lamy pen, every word becomes a bit more beautiful. And it's not magic, it's branding. Owning a Lamy comes with the belief that I have joined a subculture of "real" writers, and that my writing must be better when I use one. So I slow down, and in some degree of turn, the writing improves. It is the same principle that made Bubba Keg owners stronger performers in band. In this way, brands become shortcuts and tools for shaping the type of person you want to be.

Let's not be naive; there is an unsettling number of brands that cause harm to our planet, health and communities. I've had to grapple with my contribution to society by choosing to work in branding, but my conclusions are rooted in the impact I've seen brands make within my own life. I've realized that brands exist because they are landmarks for navigating an incredibly complex world, and that there is a far greater number of well-intentioned brands driven by uniting our passions and lifestyles. The cases of wrongdoing should not sour the reputation of an entire industry. We aren't here to trick people into buying things they don't need.

My interest lies in learning about the humans I am set on connecting with—learning their values, motivations and self-perceptions. When someone does happen to be in the market for a product, I'm interested in helping them discover the one that will shape their personal narrative and values for the better. I'm here to help people find that Bubba Keg or Lamy pen that compels them to live a little truer to the things that matter most to them. 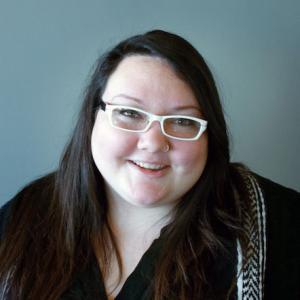