What '80s Alt-Rock Can Teach Us About Making Ads

Lessons from a few musical legends

1980s alt-rock has influenced every creative thing I've ever done. But how, exactly? What did I really learn? What can eyeliner-laden Englishmen and post-punk poets teach us about great advertising?

What I think Bill's saying is: If your songs aren't good, it doesn't matter how long you spend in the studio crafting them. They're still not going to be good. That's evidenced by R.E.M.'s low point, Around the Sun, which they spent six months polishing to a fine sheen, only to create an album that even they said "sucked."

For me as an ad writer, it means you'd better have a great idea behind your work. No amount of crafting and polishing or Photoshopping or tweaking will make it shine. You simply can't turn a mediocre idea into greatness. As Dana Carvey once said, "You cannot pee into a Mr. Coffee and get Taster's Choice."

There's no substitute for hard work.

The Beach Boys aren't '80s alt-rock (unless you think "Kokomo" qualifies). But this quote always sticks with me. Brian Wilson's "genius" and massive talent have taken on mythological proportions. But the quality of his work came not just from talent but from an obsessive work ethic. The stories of his determination to create "the greatest album ever recorded" are legendary. Which is how he made Pet Sounds, arguably the greatest album ever recorded.

There's a reason why great agencies have nicknames like Chiat/Day & Night or Weekend + Kennedy. Their work isn't great because their people have divine inspiration, or brains wired differently from the rest of us. They work really hard to maximize their talent, making great work happen through brainpower mixed with determination and pure elbow grease. Just like Brian Wilson did.

Try on a new voice now and then.

"The truth is that you are many people at the same time, and you don't have to choose. It's like Edge describes me—as a nice bunch of guys."
—Bono, U2

After the huge success of The Joshua Tree, Bono and the boys got a bit tired of themselves. So, in an attempt to reinvent the band, Bono began writing and performing as different characters. There was "The Fly," a decadent rock-star with "Lou Reed's glasses, Elvis Presley's jacket and Jim Morrison's leather pants," and "MacPhisto," a devil-horned lounge singer in a gold suit. The result? The Achtung Baby album, arguably U2's best work.

Sometimes, writing in your own voice leads to stagnation. Sometimes you have to try someone else on for size to get truly creative. I'm willing to wager that the Miller High Life guy who says "It's hard to respect the French" is not the writer's default persona. And when Johnny Cash sang "I shot a man in Reno," he was playing a character, not confessing to a murder. It can be liberating to get out of your own head and into someone else's.

Find something to fight.

"I think to entertain any of their half-assed, fearful, frightened bullshit would be to compromise something that is a big part of my soul, part of my heart."
—Jeff Tweedy, Wilco

In the '90s, Wilco was a decidedly non-commercial and quirky alt-country band. So, when they brought their record label an even quirkier and less commercial album called Yankee Hotel Foxtrot, execs at the label refused to release it. Thus, Wilco found something to fight—soulless record execs. Yankee Hotel Foxtrot became a symbol of underdogs battling corporate fat cats. Buying a copy felt like helping Jeff Tweedy stick it to the man. And it shot to No. 13 on the charts.

The biggest bands all had something to push against. Nirvana's was your deadbeat parents. Radiohead's is the dehumanizing effect of modern life. R.E.M.'s was the G.O.P. The Cure's is existential despair.

With less popular bands, it's murkier. What are the Pixies fighting? The Replacements? Echo & the Bunnymen? It's no coincidence that none made it as big as their counterparts.

Great brands are no different. Whether they're fighting inconvenience, conformity, stress or some societal ill, they all push against something that entices customers to join them in their fight. Apple pushes against conformity. Nike pushes against inertia. Dove pushes against unrealistic expectations placed on women. Who doesn't want to help fight those things?

There is no formula for creative results.

"['Losing My Religion'] doesn't really have a chorus. The main instrument is a mandolin. It's really long, five-plus minutes long, all the ingredients of a total disaster as far as a single goes."
—Mike Mills, R.E.M.

No one thought "Losing My Religion" would become a hit. But it did. Rock history is littered with similar works that broke every rule of "hitmaking" before becoming huge hits. Radiohead's "Paranoid Android" is a meandering seven minutes of despair that somehow made them stars. The Cure's Disintegration was the antithesis of "commercial," yet was their biggest seller. It can't be predicted.

No matter how much data we analyze, we simply cannot reliably predict how a human being will react to an ad. Who could have predicted that Progressive's Flo would become an icon? Beloved characters ordering Stella Artois instead of their signature drinks sounded great to me (and likely to many test audiences). Yet it made most of the worst-of lists for this year's Super Bowl. We spend millions looking for a formula that will predict results. But no amount of data will make human emotion any more rational. 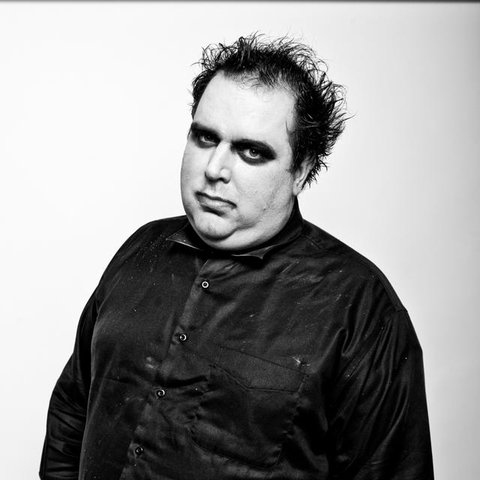 So, what now? Well, at BBDO Atlanta, we've set up a Spotify playlist at our office, where everyone can contribute songs that play in the lobby. Thus, we all get to hear each other's music and discover new things. I've even reluctantly started listening to a few things that were recorded after 1989. Who knows what I'll learn now? 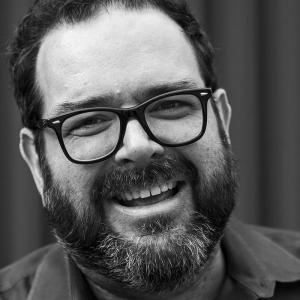