I was with my wife (fiancée at the time), preparing to say goodbye to her for six months, gone on a deployment as the navigator on a U.S. Navy warship. We stopped into a used bookstore. My aim: read a bunch of classics that I missed out on in college and high school. Twenty-one books (and about $50) later, we were off to enjoy one of our last nights together for a long time.

It was away from my loved ones, stuck on a ship, out at sea, where I could sink into books that probably wouldn't have had a chance at holding my attention against all the other real-life stimuli back home. And one book resonated with me, at that time in my life, in that environment, in a way it would never again: Melville's Moby Dick.

When you spend almost half of your waking hours on the bridge of a warship—in sun and rain, wind and calm, day and night—the salt does more than turn your brass insignia green. The sea permeates you. You become one of the billions of creatures beholden to the whims of the ocean. You are small and insignificant, but also strangely alive and connected.

I'm sure that without Moby Dick as a companion, I wouldn't have seen, smelled and felt what I did. Melville tapped into something deeper than story. This quest of Captain Ahab, this searching … we all felt it. All of us on that ship were seeking, lost, drifting.

We all sought comfort—in letters from home, in dominoes with friends, in the vigilant watch. I found it at sea with Ishmael. There was purpose there in the art, in the search, in the living of the moment—a time I truly only treasured because the now was made Technicolor by the then of Melville's hunt for the White Whale.

At nights when I'm far away from the city, when the stars shine a fraction of their oceangoing brightness, I feel the rocking, smell the sea, and hear:

"We'll drink to-night with hearts as light,
To love, as gay and fleeting
As bubbles that swim, on the beaker's brim,
And break on the lips while meeting." 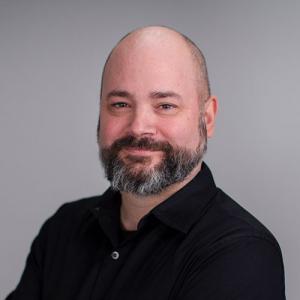 John Lowell
John Lowell is the chief intelligence officer at Leo Burnett and head of The Core, the world's most robust data-to-creative offering.
More from John Lowell