Norton Motorcycles and the Promise and Perils of Reinvention

I'm a loyalist—a fervent fan who consumes inspiration and sticks by historic brands I worship. I assume most creative sorts have found themselves, at one point or another, obsessing over some timeless source of inspiration, too. Once our allegiance is sworn, we become advocates—an invaluable asset to any brand.

Successful brands that relaunch seem to understand how deep and detailed this loyalist connection goes. Think of Peter Jackson bringing Tolkien to the screen amid protests from Middle-earth scholars. Or Converse, risking "selling out" people's favorite proverbial punk band. Burberry alienating some of its old-school Anglophile core by embracing a new era. But they all struck the right balance between the purists and the new audience.

For me, both the case in point and cautionary tale is Norton Motorcycles. Admittedly, my level of obsession goes beyond business considerations. But it serves to show how deep the core goes, and how much is there to mine.

When I obtained the sleek, vintage bike of my dreams, a 1973 Norton Commando 750 Roadster, my affection for motorcycle brands turned into an obsession. I'd always admired the styling and timeless aesthetic, the rugged yet sophisticated black-and-gold color scheme, the narrow profiled tank, and the expertly designed logo with its era-identifiable counterforms mirroring the slightly squared-off angles of the side covers.

Into my first month of ownership, I studied everything I could about the bike and the brand, dating back to Norton's start in 1898. Inspired by the race culture that soon arrived upon the advent of motorized two-wheelers, the Norton legacy was cemented with a long streak of record-breaking victories in iconic races like the Isle of Man. From historical stats to pop-culture adoption, I absorbed it all, and even joined the local chapter of the International Norton Owners Association—most of us fixated on the bikes from the '50s to the '70s, which marked the last chapter of the brand before it went into dormancy for nearly 30 years.

After several stunted comeback attempts and ownership transitions, the brand returned to its British heritage in the late 2000s and underwent a massive revitalization campaign with new, race-focused models for higher-end markets. And it is here, in the contemporary landscape, where the brand is compromising its very own legacy of innovation, speed and pedigree.

By pushing for diversification, Norton is attempting to cast a wider net to attract a larger audience (with bigger pocketbooks for higher profits). But the simplicity in this principle is its very flaw; Norton is isolating its original, fiercely loyal customer base.

Historically, Norton evolved in increments, as did its body shapes and materials. After a 30-year freeze, the brand appears to be prioritizing catching its competition, updating bikes to look more like modern-day racers instead of the classic models that set the course for their heritage. Now, disoriented consumers are unable to see the resemblance between these new machines and the beloved classics.

Meanwhile, peers like Triumph and Royal Enfield have retained their popularity and stability through the decades by honoring their design traditions, retaining classically styled models, while thoughtfully progressing to contemporary standards. It can be done.

Norton's second misstep is in the retail space, where it once licensed its mark with classic brands and moto-centric retailers like Lucky Jeans—whose primary demographic might actually ride the bikes—and is now partnering with Pepe Jeans—with a demographic of younger, Euro-localized teens. This wouldn't be too terrible a tactic, except Pepe's design team has demonstrated a lack of understanding of the Norton brand. Culturally, where vintage motorcycle enthusiasts relish anything that harkens back to the "good ol' days," the new Norton-branded apparel leans on improvised sloganeering, grunge-style brush treatments, lazy appropriation of vintage ads, and unofficial logos.

Lastly, and yes, nitpickily, when CEO Stuart Garner moved the Norton production factory into the lavish Donington Hall castle in the rural British countryside, away from the hardworking factory-oriented roots of Birmingham, it signaled another big brand deviation: a transition from supporting the blue-collar working class to aligning with the upper-elite, leaving a humble base out to dry.

Alas, my plan for a Norton logo tattoo is still in the works. I ride with pride, and my friends will still revel at the resurrection of every original survivor motorcycle. I still subscribe to the Norton clothing mailing list, check out the launch of each season's line, and anticipate the teaser videos for new bike models.

But that's because I'm a loyalist. I white-knuckle it when the turns are tight. If the handling were better, though, maybe I'd actually enjoy the ride.

The lesson here is simple: To expand a brand, you might have to burn some bridges with your loyalist core. Your core loyalists will always feel something has been betrayed in the process, and that something might be them. But understanding their perspective is important to knowing what to retain and what to reinvent. 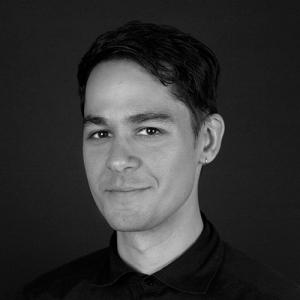 Mehran Azma
Mehran Azma is an art director at FINE, a branding agency in Portland, Oregon.
More from Mehran Azma