I'm Obsessed. You Should Be, Too

The joy, and power, of being moved by something

Obsessed with Thomas Harris' Hannibal. With his ability to balance manners with obscenity, sex and murder, but mostly his memory for surgical detail and stock recipe from the last century.

I am obsessed with Malkovich in Ripley's Game. For his ability to balance a supple femininity and wicked scarves with strangling a thug on a train. For the way he leaves the umbrella spinning on the porch of a palazzo in a storm and for not really repairing the palazzo.

I am obsessed with Nick Cave. First because sex but then for his open and harrowing grief and his musical partner Warren Ellis for the that surging tragic throb of strings in "Jesus Alone."

I am obsessed with Ai Weiwei for the finger, with Hedi for that suit at Dior first time round, and with Hetfield for the final riff in Metallica's "Fade to Black."

Obsession is energy. Is love. Is heat. Obsession is why great things happen. I have never understood those who don't have heroes or enemies. Care enough to love and hate, and the world will keep spinning. 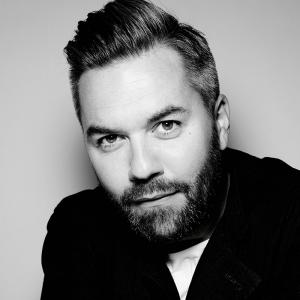 Nils Leonard
Nils Leonard is a founder of the Uncommon Creative Studio in London and of the ethical capsule coffee brand Halo.
More from Nils Leonard