Where talent is the only thing that matters

It's 1989, I'm 7 years old, and "Forrrrzzzzza Intttterrrrr!!!" is bellowed through the streets. I'm in a parking lot, swallowed by a crowd of cheering people waving black and blue flags. The crowd continues, "Goooo Interrrr!!!!"

My father dragged me here to celebrate his team's victory in the Italian championship, the Scudetto. In our house there are no boys, so he brings his only daughter as a partner in crime. Eventually, my father would get three sons, but none of them are as passionate about Inter Milan as I am. That day marked the beginning of my tumultuous and unconditional love for a club that has brought much joy and pain to my life.

So, a bit of history. Founded in 1908, Inter Milan was born out of the desire to acquire foreign players, following a dispute with its parent club (AC Milan), which focused exclusively on Italian players. The new club was named Internazionale, because its founders wanted a name that would clearly state that they were open to players of all nationalities and that it didn't matter where you came from. What mattered was your talent and how hard you'd fight for the team. This was pretty revolutionary back then, knowing these were the years leading up to fascism, making the founders' vision even bolder. Since then we have always been the least Italian Italian soccer team. Over the years we've even had lineups with only one Italian player!

I'm from Varese, a small provincial town near Milan that never felt quite home to me. I couldn't help but wonder why our midfielders all spoke German, so I started to read about the countries all these players were from, and eventually I was hooked. Inter Milan allowed me to look farther than my hometown; it gave me a blueprint to build my own path to success. If these players were coming to Italy to contribute to the team's success, it meant you could go elsewhere to try your luck.

I left for New York when I turned 21. New York functions like Inter Milan: No matter where you're from, no matter how broken your English is, if you're talented, we will take you, you will play for us and you will make us great. Cut to the best city in the world and the American Dream.

I came here with a few hundred dollars in my pocket and an internship at a great production company, the best place to be in the early 2000s. Eventually, I founded what may be the least American American production company, tinygiant. We are based in Brooklyn, I'm Italian, the other EP is Finnish, our head of development is Canadian, and our directors are from all over, often "somewhere else." We are very New York like that.

The other day I wrote, "Let me know if that's kosher," to a producer in L.A. She replied, "Ah, I miss New York." She has no idea I have an Italian accent, as we have yet to speak on the phone. And she won't care because we work in a great industry that rewards creative talent, and talent knows no borders. I love that.

I'm a mom of two, happily married, I have great friends, and I run a successful business, so my life is beyond full. When people ask me about the best day of my life or my fondest memory, at the risk of alienating my family, I can't quite tell them it was when we won the European Champions League for the first time in 60 years, or when we won the Club's World Cup that same year, or when Wesley Sneijder scored against Barcelona in that memorable semifinal ... You get the point. I'm a fan, and now probably divorced ... but that's OK because we won.

We won. Yes, we. I use the plural when I talk about Inter Milan. 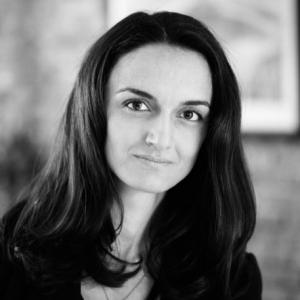