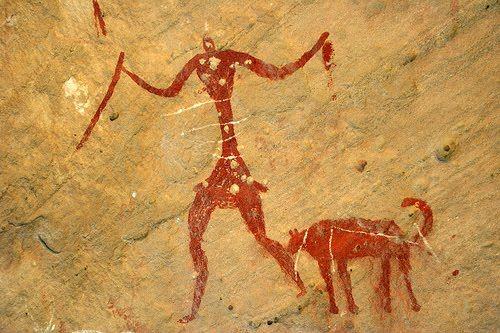 Boy, Dog, Cave: The Painting From Across Time That Changed My Life

An ancient storyteller's image is reborn

I grew up in the rowdy 1950s, a boy-dog on a very long leash, maybe no leash, in my smallville American backwater of a town in upstate New York.

Adventure stories and dreams of dangerous trekking filled my early roughshod years. My pals were Old Yeller, Lassie and Rin Tin Tin. My country-bred, only-child mom and only-child dad were raised on self-reliance, daily chores and plenty of reading. The Incredible Journey, Call of the Wild and White Fang held a place of honor for many years on my bedroom bookshelf.

Though I never had a dog, my grandma, just a few miles away in the country, did. And I never missed an opportunity to visit for a few hours, days and weeks in the summer. "Toughy" was a dog of noble demeanor, unflagging courage and smart as a new tin whistle playing "Dixie." He was a lanky, midsized mongrel, tawny brown with white-tipped paws, a similar patch on top of his head, and a long, bushy, spiked tail, also dipped in white.

I started drawing at 2 or 3. What kid doesn't? The canine and creative juices got mixed up pretty well by the time I was in junior high. My mom had, at considerable expense to our one-income family of five, sent me to a local art tutor for private lessons. All I remember of that short-lived tutelage was making a painting of a clown … and an insatiable hunger for drawing and painting that haunts me still, with and without humor.

When I met Mrs. Newcomb, the art teacher at Norwich Junior High, I had no idea she and my mom had made some kind of a pact: to wring the most out of me. I was a pretty crappy student until 7th grade. Then something happened. The door to a previously indistinct visual world, beyond the confines of rolling hills and dairy farms as far as the eye could see, swung wide open—in that art room.

Books piled helter skelter from floor to ceiling, bizarre art posters, and those amazing film strips projected on the pull-down screen in the front of the darkened classroom sucked me into an art-stricken maelstrom. Little beeps reminded Mrs. Newcomb when to advance to the next slide, to keep restless, juvenile minds focused, however briefly. I was mesmerized, not by the technology but by the images. Bold, flashing by like some timeless, cerebral, magic lantern show.

Art from around the world appeared magically on that screen: African sculpture, Asian scroll art, American masks, European painting. An explosion of art forms, from Timbuktu for all I knew.

I remember the image distinctly. A boldly stylized, solid red ochre painting of a walking, man-like figure. Next to him, a dog, also upright, listening, waiting. It was rendered not on paper or canvas, but on stone—a cave wall. Like a stop sign that only art-dreaming dog lovers can see. It held me in a brain freeze. To this day I don't know where it was from. Though the filmstrip kept going, beeping away, I could not move on. In some ways, I still haven't.

Seeing the cave art of Lascaux, Chauvet, and most recently, Sulawesi, in Indonesia, has only solidified it in my mind, psyche and spirit all the more—the power of man and animal, the canine companion and the roving hunter-gatherer, living and working as one. The original dynamic duo. Each time, it's like being there all over again—not in the classroom, but in the cave.

I know why the cave scene in Plato's Republic is one of the most chilling, image-conjuring scenes in all of literature. Humans need a true friend in dark situations. And I don't mean other people.

When I saw my first image of that human and the dog standing erect, together, I knew it was me and my mythic, never-owned but ever-present dog, recorded for all time, from a previous-present-future life, the life of time travelers—running with the herd into eternity.

It's taken me more than 50 years to carry that primitive, rockbound storyteller's image to a place of rebirth, full circle in my own life as a teacher, graphic designer and writer. My upcoming middle-reader historical novel, Lost Art Trilogy, follows Daniel, my young country-boy protagonist, and his ever faithful dog Diggit, traveling through time, rediscovering forgotten art treasures around the globe. First stop? An ancient cave, of course. Just the way Lascaux was actually discovered in 1940. The book will be ready for publication later this year. 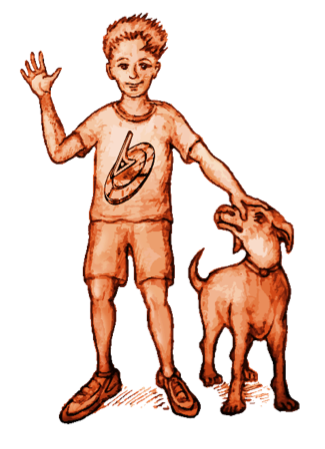 In the meantime, I keep my eyes open, my writer's pen and artist's brush ready for man's best friend to pop up anywhere, in the present, the future or the past. It's time to step out of the cave, into the full light of day, poised and waiting for the next adventure. 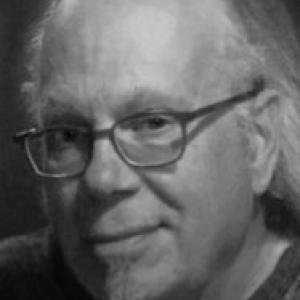