To Become a Better Advertising Person, Look to Pro Wrestling

5 lessons from the glory of the ring

I've always believed that advertising could learn a lot from pro wrestling. To test my theory, I attended WrestleMania for four consecutive nights.

What's that like? Think "the Big Game" on juice, with a slick pair of boots and neon tights.

For 35 years, WrestleMania been the pinnacle event of the pro wrestling industry, annually overtaking its host city—like a virus with six-pack abs.

If you've never been to a pro wrestling show, you're missing out, BROTHER! Imagine a live-action comic set in a gladiator's arena, with larger-than-life characters who possess incredible athletic prowess. And dope ring entrances.

Unfortunately, my friends aren't into wrestling enough to dedicate a weekend's worth of time or money to it, so I rolled to WrestleMania solo. All for one, one for all.

Turns out I wasn't alone, as 80,000 of my closest friends flocked to NYC to partake in the festivities. I met up with a group of fans I met on the internet (yes, you read that right) after Friday night's show at a wrestling bar in Brooklyn. 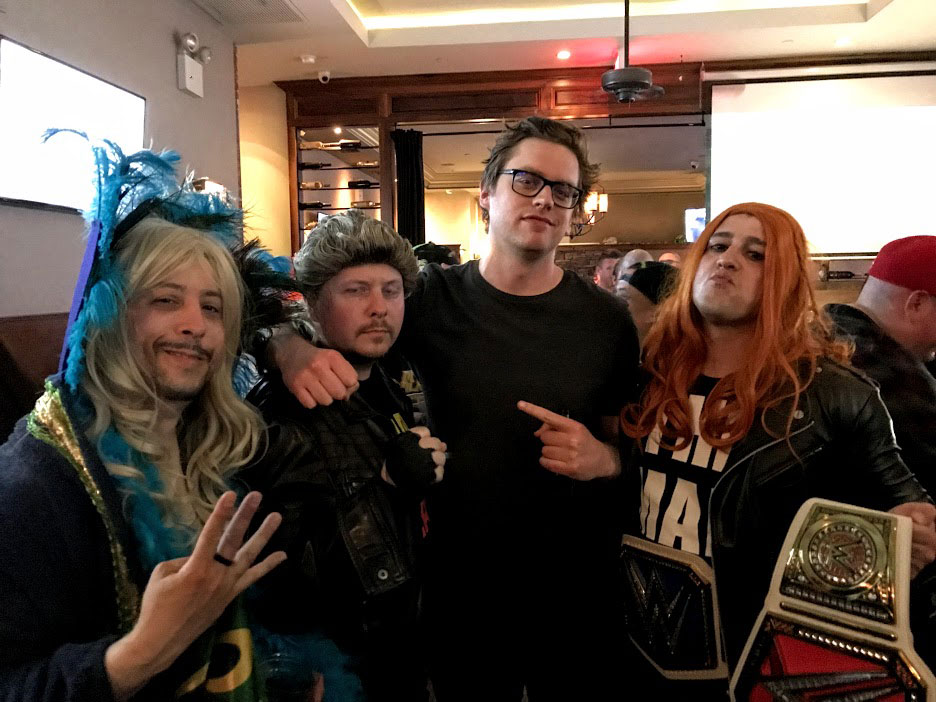 Among other things, I watched an impromptu match at a bus stop at 1 a.m. that ended with a bodyslam on a trash heap. I befriended strangers, lost my voice and spent way too much money on beer. On the train, a former pro wrestler suggested I add 20 pounds of muscle and try my hand in the ring. I even witnessed a security breach at the Hall of Fame event while sitting next to a high school wrestling champion. He told me, "I'll be up there one day." Get it, my dude.

I may have arrived alone, but I partied in great company.

After four consecutive nights of wrasslin', my voice was on the brink of defeat, my skin sunburnt, and I was only able to communicate in the form of a FOUR-WORD CROWD CHANT *clap clap clap clap clap*.

Somehow, I escaped this marathon in one piece with some bits of advertising wisdom to boot.

Wrestling is ridiculous and fun. Advertising should be, too.

In terms of real violence, yes, wrestling is fake. But nobody in the business says that. They call it work. To us fans, it's not the "violence" we buy into; it's the craft. Professional wrestling is built on the craft of in-ring performance, personality and presentation. Craft brought me to my feet Saturday night in Brooklyn when Johnny Gargano overcame the odds and toppled Adam Cole for the NXT Championship. Craft is what draws 80,000 of us into a stadium to suspend our disbelief, escape and enjoy the ridiculous showmanship that is pro wrestling. 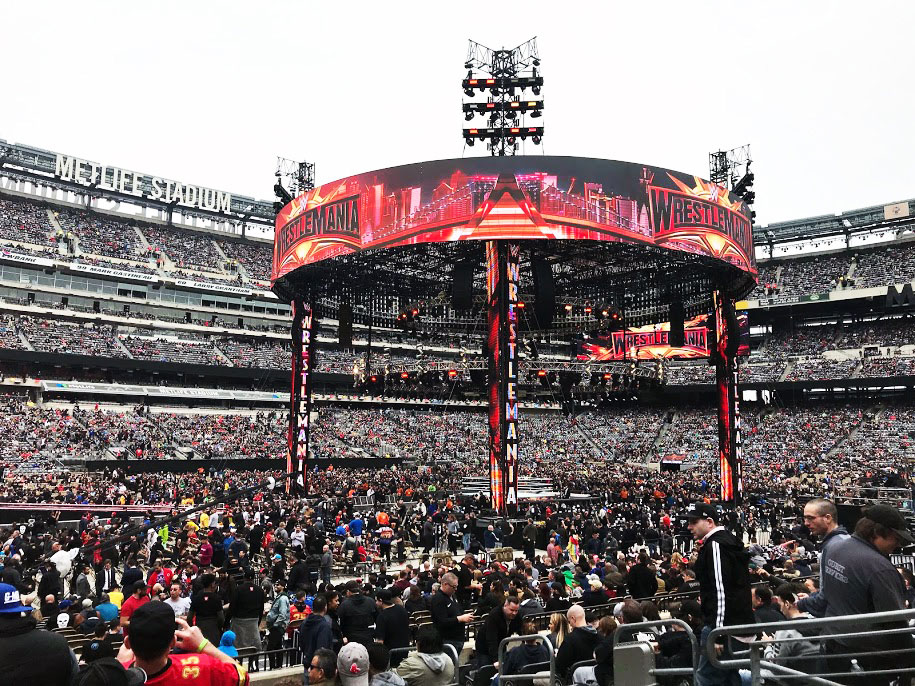 Advertising, like pro wrestling, takes pot shots for being inauthentic. Those of us in the business defend it because of the work. The work is why clients hire us. The work is the creative outlet. The work is craft. Despite the red tape, this is a pretty rad job. Advertising can never forget that we ought to be the best part of our clients' day. Take liberties to have fun. Button down and get weird. Cut a promo on Darryl in accounts. Wear a singlet to the office. HAVE SOME FUN. Advertising will be better for it.

Fireworks only get you so far.

My Sunday at WrestleMania was an absolute spectacle filled with elaborately produced, over-the-top ring entrances. One involved a helicopter. Another involved a three-wheeled-motorcycle-car thingy. Unfortunately, the latter was the highlight of the match. Actually, I don't really remember the match at all. I do remember Kofi Kingston becoming the first African American WWE champion after chasing the title for 11 years, though. I was invested in the story; the steak far outsizzled the sizzle.

In both advertising and pro wrestling, people can see through bullshit. They can smell an ad from a mile away. The "gotcha" rug has been pulled out one too many times. Right now, leveraging influencers is the low-hanging fruit. Soon enough, we'll be chasing another new, shiny shortcut. But crafting a piece of work that actually connects with people? That's much harder. That takes craft. But it's worth it.

Wrestling heels are the bad guys who use nefarious means to overcome their opponent. They lie, cheat and steal. Truthfully, the heels are the coolest wrestlers. They break the rules and smile while doing it. Brands would do well to channel their inner heel. Get pissed off. What does your brand hate? What can it target? If you tell the truth, will it hurt? Good. The best insights and most impactful work involve creative tension. Try being the heel and stir it up.

In wrestling, there's this term—doing the job. When a wrestler does the job, it means they take the loss—they job out. New talent coming up in wrestling are punching bags of sorts. They're relegated to doing the job. It's part of being green, but more importantly, it sharpens their axe. It sounds counterintuitive, but if they lose gloriously, it makes both wrestlers look strong. Every wrestler walks this journey. 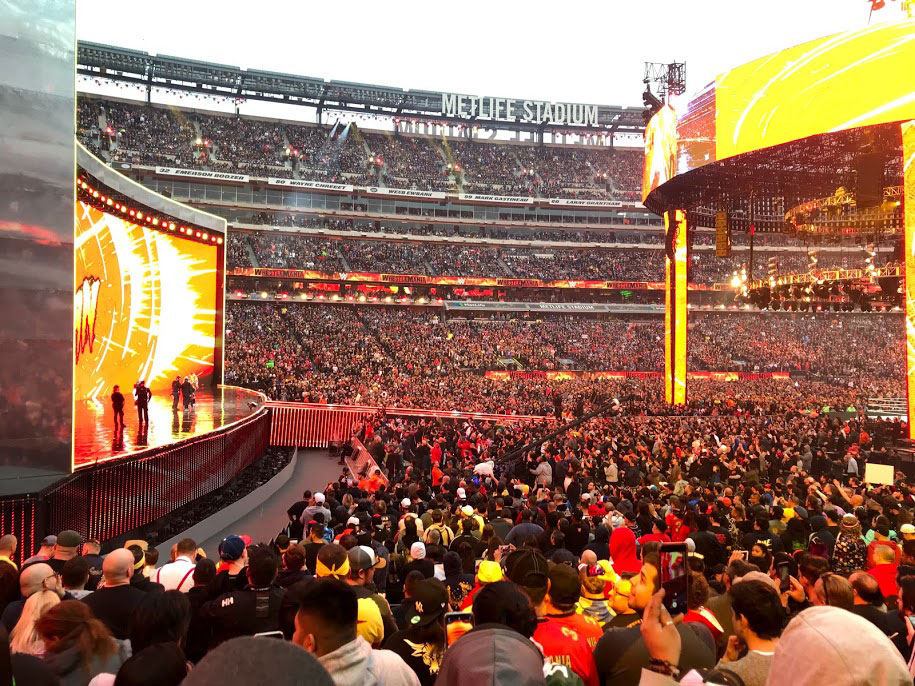 Advertising has the same ladder to success. Juniors are often given "losing battle" briefs. They're pulled through the muck of advertising in a creative flogging. Embrace the ass-kicking years; they will make you stronger. And soon, you'll be the one kicking ass.

Over these four days, I saw somewhere around 80 wrestlers perform. The ones who really stood out and left a lasting impression had a very intentional point of view; in a sense, they were one-dimensional. UFC Hall of Famer turned WWE wrestler Ronda Rousey comes straight to mind. Joan Jett & the Blackhearts played her theme "Bad Reputation" as she bee-lined to the ring with one goal: submit her opponents with her signature arm bar in the first-ever women's main event at WrestleMania. Her mission has always been pure dominance via brute force.

Brands can learn from this by finding their unique truth and embracing it. Stitch it on the back of your tights. Dial it up to 11. Make that truth your voice, and sell it every which way.

Wrestling reminds us to jump off the top rope, because after all, success never lives in the middle. You need to take some risks if you plan on capturing the gold. Shake off the ring rust, leave the ground and go for it. 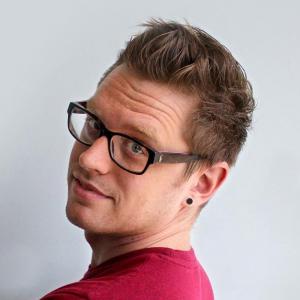 Brendan Howard
Brendan Howard is a copywriter at Fallon New York. He graduated from the VCU Brandcenter, class of 2018. Previously, he sold harmonicas, ukuleles, and accordions in Hawaii and California.
More from Brendan Howard