Advertising: It's Just a Bunch of Hocus Pocus

8 lessons creatives can learn from a Halloween classic

This October, Freeform will be airing Hocus Pocus—the 1993 movie with Bette Midler, Kathy Najimy and Sarah Jessica Parker—30 times during its "31 Nights of Halloween" celebration. And I'll watch it at least half a dozen times, commercials and all, even though I have the movie downloaded on every device I own.

I have been to Salem multiple times, and have visited (and revisited) all of the movie's exterior filming locations there. I have passionately defended the Sandersons on witch walks around Salem (sure they sucked the souls of children, but they did it with a fierce sense of sisterhood!). I've been to Disney World specifically to see the Hocus Pocus Villain Spelltacular, and as such, have a significant collection of T-shirts and bags and magic bands.

Sure, on the surface Hocus Pocus is a kids' movie, with enough adult asides thrown in to keep parents awake. But it's also about trying to make magic happen under the most impossible of circumstances. You know, like what we do in advertising every single day.

So, in the spirit of the spooky season, I have collected a few key advertising lessons lifted directly from my ultimate Halloween movie to share with you here.

Don't get hung up on one idea.

Things fell apart for the Sanderson sisters when they focused on having Dani as their prize child. If they had been open to other ideas, like, I don't know, grabbing any of the other sleepwalking zombie children who were headed straight to their cottage, they most likely would have been successful in achieving immortality. The lesson here? There's more than one way to solve everything. Dogged determination shouldn't be a stumbling block on your way to success. Better ideas are always on their way to you. You just have to be open to receiving them.

A good portion of the movie is spent trying to find Book because no one could remember the soul-sucking spell. If one of the Sanderson sisters had just scribbled down "Dead Man's Toe" at some point in 1693, the sisters could have achieved immortality in 1993 and made it to bed by 8 p.m. on Halloween. How many times has genius struck you, and you've thought, "I don't need to write that down. I'll totally remember!" only to be cursing yourself two weeks later when you can't recall your obviously excellent solve. Save yourself the stress and write everything down. Keep notebooks everywhere. Use the note feature on your phone. Write things on your hand. Whatever it takes. No one needs a "dead man's chungs" moment when you're on a deadline.

Be open to improvising.

When the Sandersons' brooms were stolen, did they let that hold them back? Heck no. They raided the janitor's closet and got on with the chase. So when a client is lobbing last-minute curveballs at you, the deadline shifts up, and you're now looking at only half the budget—don't panic. You're smart, you're creative. You will find a vacuum cleaner and you will make it work. Believe in yourself and you will do amazing things.

You are only as strong as your team.

The Sanderson sisters were a formidable force because they were a team. And while they had the normal squabbles three people working under stressful conditions often face (ahem, like with a big pitch), they didn't let it keep them from the task at hand. They encouraged each other. They took turns at the lead. They made equal contributions and accepted equal responsibility. When Winnie shot her mouth off, no one took it personally, because hey, everyone handles stress differently. Doesn't that sound like a work group you'd like to be a part of?

And everyone needs a chance to be heard.

Billy Butcherson had some pretty strong opinions about Winnie's plan, which he was forced to keep to himself until the very end. And that's how the Sanderson sisters ultimately lost Dani as their life force. If Billy's concerns would have been addressed earlier, perhaps immortality could have been in the bag for everyone. Imagine if they had cut his mouth open the minute he popped out of that grave. Billy could have been focus-grouping a solve instead of channeling his energy into a laundry list of PG-rated insults. And if you personally have issues with the direction your team is going in, speak up! Trust your gut. Not saying anything is just a silent form of sabotage.

When things get nuts, remember to take time for yourself.

Remember when Mary insisted on the calming circle? When things get intense, take the five minutes to re-center. Dance it out in a living room with no music. Or kick back and watch some TV while enjoying the chocolate-covered fingers of a man named "Clark." Afterwards you'll think much more clearly.

It's amazing what you can do in 24 hours.

In less than a day, the Sanderson sisters came back from the dead, reanimated an old boyfriend, burned alive, visited with Satan, toured Salem, kidnapped two teenagers, brewed a potion, navigated public transportation and performed a rousing musical number at the Salem City Hall. How did they do it? A little bit of Disney magic and a whole lot of determination. A mentor once told me, hard work beats talent every time. If you keep at it, you will be amazed at how much you can accomplish. And the harder you work, the easier it will all start to come to you.

But deadlines can get the best of us.

At the end, the Sandersons lost their bid for immortality to a deadline. We've all been there. This is a business where there's never enough time or money. The most important thing is to be able to say you tried your best. There's always the sequel. 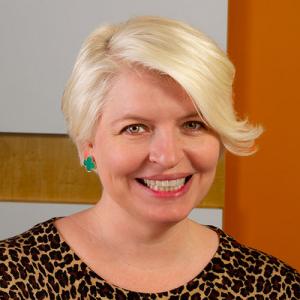