A 32-Bit Video Game From 1998 Was My Advertising School

The lessons of Metal Gear Solid

Movies are watched. Books are read. Songs are listened to. But only video games are experienced. The video game is a spectacle that deftly mixes all the elements from the above media to create a sensory experience unlike any other, literally putting the control of the story in our hands.

That's why the one piece of art that inspires me like nothing else is a glorious, 32-bit, multi-award-winning PlayStation One classic called Metal Gear Solid.

London, circa 2001. Unlike my British high school (or as the Brits say, "secondary school") friends, I was a late adopter when it came to just about everything. That included video games, my one true passion. My love for games had begun to ferment back in Brazil, before living in London, but assuredly it was when I moved to Queen Elizabeth's territory that this love began to bloom.

I would take the Tube home from Finchley Catholic High School, rush to my PS One (classic edition) and be transported to a world the likes of which I had never seen. I would enter the world of master storyteller Hideo Kojima.

Nuclear-equipped giant robots. An invisible cyborg ninja. Shape-shifting villains. I was sold. Metal Gear was released in 1998, redefining the medium and elevating video games to an indisputable art form.

For those who don't know, Metal Gear Solid is an action-adventure stealth game in which you play as Solid Snake (wait, it gets better), a battle-hardened spy sent to infiltrate a nuclear weapons facility in Alaska. I won't go into what happens after that, because this masterpiece needs to be experienced firsthand.

The game interacted with me in ways I had never seen. For example, one of the bosses, Psycho Mantis, is able to read your mind in the game. So you literally need to unplug the controller from port 1 and plug it into port 2 to avoid his psychic abilities and beat him.

Another instance of the game going beyond the game is when you must call Meryl, one of your allies and a love interest. The game has a radio system called the Codec, which uses a specific frequency to call teammates—but you don't have hers. Except you do, if you look at the game's case (where you store the physical disc). There, right under your nose and clear as day, is an image of you and Meryl talking—including the radio frequency. Genius.

I sometimes joke with my advertising colleagues that playing certain games is the equivalent of a few weeks in ad school. Except I'm dead serious. By playing Metal Gear Solid, you get to learn about perfect storytelling, gripping music, engaging character dialogue, tone of voice, cinematography … the list is endless. It's one of pop culture's greatest products. A behemoth of an experience. Plus, it's much more affordable than ad school, and even if you get a bad grade, it's still fun.

If you happen to be skeptical of video games, and think they're "just for kids," you really should erase those prejudices. That mentality deprives you of awesome references. Plus, games are much slimmer than award annuals.

I never went to ad school. But you could say I've been studying groundbreaking ideas and copywriting ever since I pressed that power button. So, in case you ever run out of ideas, or you need help coming up with a new campaign, just remember to enter a state of Play. 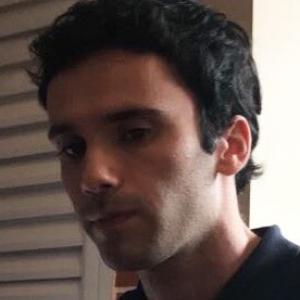 João Soares
João Soares is a copywriter at DIA Comunicação in Rio de Janeiro, Brazil. You can find his daily tips for copywriters on Twitter: @TrueCopyCat.
More from João Soares