Writing Problems That Want to Be Solved

Often, it's all in the framing

The world has no shortage of problems right now. And as someone who works on creative problems for a living, one thing I've found is that problems are a bit like people—some inspire us, some are impossible, and some are frankly boring.

But every so often, you come across a problem that wants to work with you. It almost feels like it's on your side. It wants to be solved. And there's a reason some problems feel like this.

It's all in how we write them.

How we write them is about more than just making the problem clear or easily understood (although that does help). The way we write a problem can make our brains more interested in solving it in the first place.

So. How can we write a problem so that it takes on a life of its own? So it demands an answer? So we can't stop thinking about it? How do we write problems that want to be solved?

There are a few simple principles I use to turn obnoxious problems into problems you'll actually want to spend time with.

Write the problem so that you can carry it around in your head. If it's a paragraph you keep having to refer back to, or if it's got so many strands it makes your mind swirl, it's not helping you. Boil it down to a single sentence. Make it memorable. There may be other supporting information, texture or background that you need to solve it. That's OK. You just want to give your brain a way to grasp the core of the problem in an instant.

There's a good reason for this. The parts of your brain that do the actual creative problem solving are subconscious. You don't control them, and they don't follow the laws of logic. So, the less confused a problem is when it goes into your brain, the easier it is for your subconscious to work on it.

As your mind wanders off or drifts into sleep, your subconscious begins looking for lateral connections between that problem and your third grade English teacher, and that movie with the catbus, and canned meat, and all the other weird stuff it has floating around in there. Your brain will happily jam this problem together with anything it can think of, like a toddler playing with Legos, just to see what fits. And when it finds something that does, you'll leap up and run around the place, convinced you're a genius.

The more sharply articulated the problem is, the easier it is to jam together with other thought-shaped pieces. Don't make it so big or unwieldy that it can't fit in your brain. Write it short. And while you're at it, prove to yourself that you actually understand the problem you're trying to solve.

For your brain to find the problem compelling, it also needs to believe that it can be answered. Problems that are too damn big will force your brain to disengage. If you ask your brain to solve world hunger every night, you're going to get nothing. But ask your brain how it could get people to share leftover meals with those in need and it'll start thinking about an answer before you've finished reading this sentence.

If the problem feels too big, break it down. Make it specific. Give it an angle. You can always attack it from one side, and then try coming at it another way later on.

There's another ingredient that any good problem needs. And that's Shakespeare. Think about Romeo and Juliet for a minute. Imagine their story went like this: They meet, fall in love, raise a couple of kids, and live happily ever after.

This is a shit story.

And if it went like that, I wouldn't be able to use it as an example 420 years later. The key question that drives any love story is this: What's to stop them? What's going to come between these two people? In their case, their families want to kill each other. That's quite the barrier! Now we're leaning in.

A good problem makes us lean in, too. Something is in the way of the solution. Without a barrier, there's no tension to resolve, so our brains feel like there's nothing to do. It feels a bit counterintuitive, but making sure the problem is challenging enough is part of what makes us love it. When something is at the edge of what we're capable of, it starts to feel incredibly compelling, and the problems we solve are no different.

Give the problem promise.

There's one last ingredient every good problem needs, and that's a sense of reward. If a barrier is the stick that makes you work on a problem, then the good thing that could come from the problem being solved is the carrot. This way, when the problem is lingering at the back of your brain, you're not just thinking about what it is. You're seeing what solving it could mean. And that can be pretty strong motivation.

The good thing is that when it comes to writing problems, putting all these principles together is actually pretty simple. You could even boil it down to a simple equation:

• How might we (realize a promising opportunity) when (a barrier is in the way).

Of course, it doesn't need to strictly adhere to this format. But as long as it has this simplicity, and those key elements, you'll end up with the kind of problem that will stick in your brain.

• How can Romeo and Juliet (finally hook up) when (their parents are trying to kill each other)?
• How can a camera company turn a mobile phone (from a threat) (into an ally)?
• How might you (replace single-use takeaway packaging) when (people are used to throwing them away without a second thought)?

Problems are worth writing.

If there's one other thing I've learned, it's this: It's always worth taking the time to craft a problem. The words we choose matter. It's not poetry. But when the words make you want to spend time with a problem, that's when you know you're on to something. 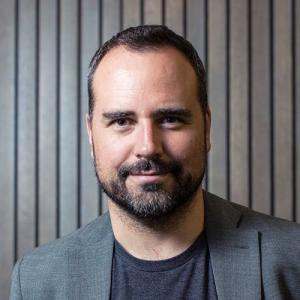