Wordle, Bees and the Beauty of Wrong Answers

Why missteps are the first step to finding the new

On paper, Scout Bees suck at finding nectar. Their success ratio is something like 2 percent. That's a 98 percent failure rate. Yet, they still keep their jobs. Only certain privileged groups in corporate America get to ride on those kind of stats.

So why are Scout Bees so important to the tribe that they get to hang out with the Queen?

It's because they're OK with failure as a necessary ingredient of success, and so is the Queen. When you're looking for new places to get nectar, ones that no one has ever discovered beyond a very well-mined field, you're going to be wrong. A lot. Being wrong is part of the process in finding an undiscovered success.

Which brings me to Wordle.

A sheer recipe for spending too much time on something you probably shouldn't be spending any time at all on, Greg, is to be afraid of mistakes.

The only way to make real progress on Wordle is to make wrong choices, on purpose. Because you might learn something along the way.

As with creativity, luck and gut instinct play a role in Wordle. And so does not being afraid to try wrong things—i.e., yes, I know the word of the day doesn't have a "y" in it, but I'm going to try "irony" anyway. Because maybe the word of the day has an "o" or an "r" in it that I would not have discovered by trying to find the one right answer.

As marketers and creatives, we have to learn to let go of the love for the one right answer. It's stifling. And it often leads to familiar, safe solutions. By nature, it disinvites counterintuitive ideas to the party. As Rory Sutherland wrote his super-genius book Alchemy, sometimes the opposite of a good idea is another good idea.

Think about Red Bull. It's expensive, comes in a tiny can, and tastes like DayQuil. It's the opposite of what caffeinated thirsty-two ounce guzzlers like Mtn Dew were coming up with. Nothing about Red Bull would lead someone to think, this is going to be huge. A focus group would have murdered it like it were a spouse on Dateline with a life insurance policy. Yet I've seen enough Red Bull aircraft, stadiums and sports teams to know, somebody is buying that stuff.

For those tasked with coming up with creative solutions, this means learning not to censor yourself too early. Explore ideas that make you excited, even if they don't check all the boxes or seem off brief. You may find something that grows into something. With experience, you'll come to learn what to chase and find the dead ends faster.

For creative and account leaders, try bringing your clients in early to the process. Share thought starters and little discoveries—aha's versus tada's.

Also, don't be afraid to bring your clients the ones that are too _______ (fill in whatever adjective people have used to kill dreams). Some of my favorite pieces of work we've produced started with a creative saying, "They will never do this but…"

For clients, lean into the spirit of partnership and mutual trust. Encourage your agency to bring you "wrong" things or not fully polished notions. Remove the fear of The Bad Meeting. Understand that some of the ideas might make you uncomfortable. But truly fresh things often do.

Learn from Scout Bees and their most successful client, the Queen. If you want to find something new, be open to going places others never thought to look or were afraid to go. People often ask us "How did you come up with that?" or "How were you able to get that produced?" The root answer is actually deceptively very simple. We allowed ourselves to. 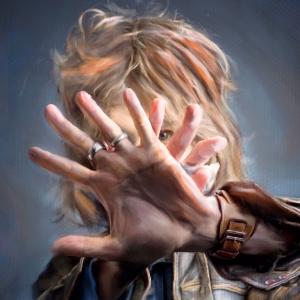