Women in Technology: Why Bias Is Still a Problem, and How to Overcome It

Surfacing the role models we need

As a woman in technology, I've had many incidences of bias that I ignored or brushed off. I've come to realize that in doing so, I'm just part of the problem. When we accept it, we give the behavior permission to continue.

A few years ago, in a meeting with people from a global tech giant, a senior person began explaining how a new technology called "beacons" worked. I was the only female in the room.

He looked at me, stopped, tilted his head and patted my hand.

Running through his mind was likely the view that my female brain was struggling to keep up. He felt bad. The hand pat was probably to reassure me it was OK that I didn't get it. Yet I had not said one word to that effect. He followed up this gesture with, "The great thing about beacon tech is you don't really need to know how it works, it just does."

I remember a sales assistant in John Lewis in 1983 telling my mum the same about a newfangled gadget called a microwave. So much for progress!

My job title at the time was head of technology innovation. I'd instigated the meeting, yet his bias was so strong, he ignored this and resorted to a demeaning hand pat when things got "technical." A colleague was wide-eyed with incredulity, but none of us said what we should have. Mr. Condescending left with his bias intact, and to this day I regret that I didn't assert more.

I wonder—did he have a daughter? Has he spent the last few years boxing in her view of what her life and career choices should be?

I say this because the decisions that lead to a career in technology start at school age. It starts with active encouragement by parents and schools to get girls into STEM (science, technology, engineering and mathematics) subjects, and career advice that persents tech careers to teenage girls in a way that is both appealing and grants permission. Engrained bias is holding this back. But most important of all are role models. Girls need to see their career choices represented in popular culture to dismiss the bias they see elsewhere.

So what about our biases? Getting educated is the key to overcoming bias. Mashable's ongoing series "Women Fixing STEM" is a good place to start. It highlights women in science, tech, engineering and math, as well as initiatives and organizations working to close the gender gap.

The Cambridge-based leader in cyber defense technology is Darktrace. The company has two female CEOs, and the workforce is 40 percent women. Darktrace is making an active effort to attract more girls into STEM studies to pursue science and tech careers. Darktrace has joined WISE, a brilliant U.K.-steered social enterprise that works to promote the participation of women in science, technology, engineering and mathematics.

When I was considering my career some 30 years ago, my school had a state-of-the-art home-economics facility—and one dusty computer. I've become head of technology for AKQA despite the lack of advice, social cues and role models, and because of personal passion. Three decades on, not enough has changed. Bias prevails, but there are people and organization leading the charge, and we all should be part of recognizing and facing up to bias to eliminate it. 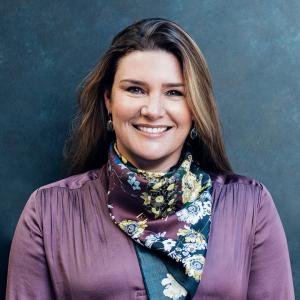