Women Need to Stop Working So Damn Hard to Get Ahead

These are the skills you'll need to work smarter

Skipping lunches, hanging back from company outings, coming in early, staying late. These are the skills that land women their first management roles. We are fighters, and we do what is necessary to move ahead of the pack. But we typically make the mistake of continuing to work hard—head down, doing what we do best.

The hard work has got to stop.

Women are working too damn hard for the middle-management ceiling we're currently being served. We've been outnumbering our male counterparts in college degrees for a decade and still make up only 6 percent of CEOs.

Don't get me wrong, companies need hard-working employees regardless of gender. But the skills that get us into the 39 percent of middle management inhabited by women are not the same skills that get us out. This is the point where our male counterparts begin to focus outside the work itself, and look for ways to navigate the organization. They quickly get promoted because their confidence allows them to stop, survey the land and understand how to move from manager to leader, and identify the right mentors to get them there. Companies don't promote hard-working employees into executive roles—they promote leaders.

Women enter the workforce with a distinct disadvantage right out of the gate, with those of color facing even greater challenges than their white counterparts. It's ingrained that women will always be salmon swimming upstream against straight white male bias, so we're conditioned to fight the whole way up. We're afraid to get comfortable at any point, to be anything less than a star employee, for fear that we'll be passed up for opportunities. But that thinking is moot when the reality is leaders promote show horses, not work horses.

Confidence is the key in working smarter, not harder, but that takes time and systemic advantage, which none of us have. Instead, it comes down to The Five Critical Skills, as identified and coined by Alli Young, former Google executive and CEO of The Forem.

As a newly minted board member of The Forem (women still only hold 10.6 percent—or 643—of the 6,081 board seats on Fortune 500 companies), I believe in these five skills. Here is my take on Young's philosophy.

Did you know 50 percent of women don't negotiate? Offers are literally designed to be negotiated. It's not just for new job opportunities, either. It's used in vendor relations, interdepartmental deal making, and acquisitions.

While it can feel uncomfortable, leaders must get used to the boasting, self-aggrandizing work it takes to build a public persona. Defining your style and highlighting your accomplishments will signal that you are a thought leader and worthy of a seat at any table you want.

Some 85 percent of all opportunities come from personal networks. Skipping an event to get work done is a classic "hard-working" move that provides little in return. It feels like the right thing to do at the time, but the short-term gain is costing you relationships that could land you that next big job.

Women are often mentored around their communication styles while male mentees get shown the financial ropes. There's a reason we have the phrase "Money is power." Seek out financial fluency by asking to see reports and sit in on financial meetings so you can facilitate more strategic decisions.

Working hard and being good at your job are not leadership skills. To break into the senior team, you must refine your emotional intelligence enough to navigate tricky political dynamics and delegate effectively. We should, theoretically, have the home-court advantage here. We are mentored in communication styles, after all.

You'll know you're becoming a leader when you've started to prioritize working smarter, not harder. Choose attending that event over putting the finishing touches on a proposal, build that public persona, don't take the first offer, figure out those finances, and learn how to delegate. Stop putting your head down, look up, and see where your path really lies. 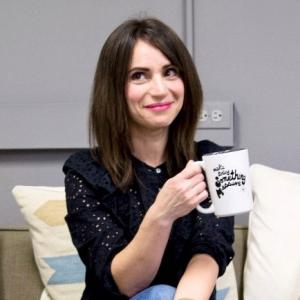