Why Marketers Need to Be Cultural Linguists

Amid the constant drumbeat of geopolitical and economic uncertainty, the latest news about the U.S.-China tariff battle, and the fate of Brexit, it can be difficult to keep sight of deeper, longer-cycle shifts taking place across the world's economies. Changes are now happening faster than most global brands are prepared to address, making it all the more urgent for marketers to find new adaptive strategies.

A forecast released by Standard Chartered earlier this year indicated that seven of today's emerging markets will rank among the world's top 10 economies by 2030. Asia's share of global GDP, which was 20 percent in 2010, is forecast to rise to 35 percent by 2030—equaling that of the U.S. and the euro area combined. Further, according to the forecast, China and India will pass the U.S., which will slip to third place; Indonesia will rise to fourth place. But the growth won't only be in Asia. Egypt's economy in 2030 is expected to be larger than Russia, Japan and Germany's. The result is a complete reordering of global economic rankings, all in the next decade.

Lest we assume this leaves us with at least a few more business-as-usual years, it's important to note that the shift is already changing the balance of global trade. While trade continues to grow in absolute terms, the share that moves across borders has been decreasing. New research from the McKinsey Global Institute notes that emerging economies are now consuming more of what they produce, in part due to the rise of the middle class in those countries. Further, McKinsey estimates that emerging markets will consume almost two-thirds of the world's manufactured goods by 2025, and by 2030, developing countries are projected to account for more than half of all global consumption, with China, India, Indonesia, Thailand, Malaysia and the Philippines leading the way.

Target markets are changing quickly. Moreover, consumer needs and behaviors in those markets can vary widely. In emerging markets, for instance, word of mouth is more powerful than in mature markets due in part to the higher proportion of first-time buyers and lower levels of brand familiarity; the initial purchase consideration set is also smaller and less likely to change. It's the influencer model writ large. The implications for marketers are clear: Thoroughly understand and significantly increase brand relevance at the local level. This requires patience, deeper cultural insights, candid, evidence-based conversations, broader partnerships, development of new skills and attributes across your current team, and perhaps even some new team members—"cultural linguists," who can take a more nuanced, localized approach with understanding, knowledge and respect.

Here are some ideas to consider, based on our work counseling clients across numerous global settings:

Add local nuance to your global brand book, and serve before you sell.

Global skincare brand SK-II, which is a client of Forsman & Bodenfors, wanted to connect more closely with women in China. The company conducted a rigorous effort to gather deeper cultural insights about the challenges faced by Chinese women, who, although better educated and more financially independent than ever before, still must employ various strategies in order to cope with intense pressure to marry at a younger age. The resulting campaigns struck a chord: "Meet Me Halfway," "Marriage Market Takeover" and "The Expiry Date" included films that depict the stories of brave and inspirational women who refused to let their futures be dictated by artificial timelines and familial and societal pressure.

The bottom-line value of cultural relevance can be significant. Interbrand found that companies that were "at-hand and intertwined" in their customers' lives on a daily basis and used their marketing to solve a customer problem, "to serve and not just sell," had a five-year growth rate more than six times higher than companies that rely more on a features-and-benefits approach to shape their brands.

The key is to start with a globally integrated workforce. It sounds obvious, but in practice it doesn't happen as much as one would think. Large multinational companies have done a better job, sourcing global talent, promoting employees with globally diverse backgrounds to headquarters roles before rotating them back to senior leadership positions in their home countries, and keeping close watch on how their local-market operations and customers are faring. The relative success of multinationals, and the attention paid to it, might lead one to assume that smaller, regional players and corporate partners (like advertising agencies) are following suit with a similarly global mindset, but this is rarely the case. Barriers such as cost, language and technology are often still too high. Assembling an international team and flying it around the world is an expensive investment many are not prepared to make. The agency model exacerbates this: Local offices compete against one another for revenue rather than supporting a common global goal. In terms of language, we brashly assume English is the default for business—and while in any given country an impressive percentage of the workforce is indeed proficient, crash courses and extra translators may be needed to get a team up to speed. And technology, which can misbehave in interesting ways when crossing borders, is not always the universal connector we need it to be. Zoom, for example, is the only global video conferencing platform that will work in China; platforms like Skype and Webex currently do not.

We've found it especially effective to form core teams that span multiple markets, working together from day one. Whether they are based in Stockholm or Shanghai, the focus is not about the home office but rather the local market, and the team's ability to ensure that the brands we represent are culturally relevant at the local level.

Enlist more partners, including the government.

Women are more likely to suffer an injury in a car crash, in part because the industry standards are based on male crash test dummies. As a result, most cars are safer for men.

Volvo Cars, a Forsman & Bodenfors client, has been an exception. In keeping with its brand promise of safety, it has been conducting tests since the 1970s that account for gender, body size and body shape. This has enabled Volvo to design its cars in a way that better protects all passengers. And the company has just released all of that crash test data—more than 50 years' worth—for anyone to use. This open-source move is part of a global campaign called the E.V.A. Initiative. Further, recognizing that body size and shape can vary widely across cultures, the company is now reaching out to governments in emerging markets to help them make local programs safer. This may seem like an odd step, but it makes good sense. A broad base of allies can offer support and provide richer cultural context no matter what industry you're in, helping to tailor and accelerate an approach to a given market.

All of the efforts necessitated by the shift in global markets—mining deeper, more nuanced stakeholder insights, enhancing local relevance, building more diverse partnerships—require interpreters, which may require you to add some new capabilities to your team.

Approach talent in novel ways, and cast a wider net.

The Boston Consulting Group rightly points out that one of the keys to in-market growth is the ability to attract, develop and provide personalized training to local talent at all levels, a success factor common among the 55 multinationals that BCG studied. Todd Guild of McKinsey proposes bolstering greater local strength with agile regional leadership teams that can provide additional executive support and resources. This argues for a much more intensive approach to diversity and inclusion, one that is foundational rather than programmatic. A promising model might well be a new digital initiative recently developed for the U.S. advertising industry called Grow Your Circle, which is designed to transform significantly the level of diversity in the production world. Grow Your Circle allows agencies and producers to find diverse, underrepresented talent from disciplines across all types of production including film, digital and experiential. It is a facilitator for a step change. Such an approach to talent, applied on a global scale, could dramatically expand horizons and break down degrees of separation.

Cultural linguists, the time is now.

"Going global" once meant simply making sure what you said worked in other languages around the world. Copy was translated, exposure purchased. To be successful today, brands must do far more than simply adopt the language of a local market; they must adopt its culture, and all the nuances contained therein. This is not a new concept—but clearly, companies are still learning the lesson. Just this past summer in the U.S., for instance, Dior was forced to pull a campaign featuring Johnny Depp; the campaign was widely criticized for its racist use of Native American imagery.

How many missteps could be avoided, and how successful might companies be, if we simply thought more deeply about the way an audience will respond to a message? This requires people who can work across borders while respecting cultural distinctions, recognizing and contributing to what Parag Khanna, in his book The Future Is Asian, describes as "community of common destiny." It requires teams that can build trust. As markets around the world continue to evolve, the cultural linguist mindset will enable marketers not only to adapt to shifting economic dynamics and increase brand relevance at the local level but also to contribute to society in untold new ways. 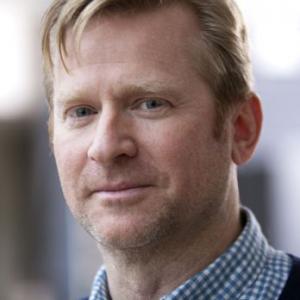