Why Is the Gender Gap Widening?

Shaking off biases of old in a new world

Over the course of the past two years, society in all its forms has taken a considerable hit. Lockdowns, curfews, working from home and school closures have all combined to create a pressure-cooker situation. And as the steam is now slowly releasing, we are starting to reflect on the impact of the last 24 months.

While that impact has been felt universally, it is still sadly the case that women have been disproportionately affected. UN Women states: "A profound shock to our societies and economies, the Covid-19 pandemic underscores society's reliance on women both on the front line and at home, while simultaneously exposing structural inequalities across every sphere, from health to the economy, security to social protection."

The study states that prior to March 2020, "women did nearly three times as much unpaid care and domestic work as men." Post-March 2020, with more than 1.5 billion students at home, the gap widened further.

My own experience was such that my partner, on a rare occasion that he had to jump in with some parental duties during working hours, was asked by his boss, "Can't your spouse do it?" The expectation that as a woman it's my responsibility is still as present as it ever was.

Flexible working and WFH was deployed to help people navigate the additional pressures of lockdowns and school closures while still performing their salaried duties. However, as these measures lift, there is a pressure from some companies to return to a pre-pandemic structure. So the message here is that WFH and flexible working are suitable when it facilitates the function of the company. But when it facilitates the function of the family—for which women bear the major responsibility—it's not feasible.

This fundamental hypocrisy demonstrates how far we have to go to achieve a world where opportunities truly are equal. We have shown—in what amounted to a worldwide real-time proof of concept—how job performance doesn't require office presence or a 9-5 routine, yet this is exactly what we're regressing to.

While flexible working won't solve the issue of a misogynistic mindset, it does make a clear difference to women's abilities to do their jobs and have a career while also having a family. When we make lasting systemic changes, we give mindsets a clear runway to evolve. And with flexible working for all, we open the door for men to contribute on an equal footing in the home.

That said, research from FiveThirtyEight shows that regardless of flexibility, men are keen to return to the office. In a survey of over 10,000 global knowledge workers, 30 percent of men want the office to be the only place they work. So how do we avoid a scenario where offices return to a predominantly male space?

In a May 2021 BBC article, Seulki "Rachel" Jang, assistant professor of industrial-organizational psychology at the University of Oklahoma, who has studied gender roles at work, said, "Dual-earner couples should consider adopting gender-egalitarian strategies in remote work decisions and division of labor. For example, couples may want to alternate their workdays to have a fair division of labor at home."

Yet this relies on businesses to support it. If one-half of a couple is allowed flexible working but the other is not, it won't work. The onus is clearly on organizations to take responsibility for a gender gap that's nowhere near to closing. Embedding a framework to flexible working could be key. We have seen inbuilt mandates emerge around being in the office for a set number of days a month. That same framework around a set number of WFH days a month could ensure that presenteeism isn't rewarded above productivity.

While such measures seem to fly in the face of the flexible ethos, without such practical mechanisms, societal sentiments around gender roles will never shake the biases of old.

This International Women's Day comes as yet more women and girls face an uncertain future. The situation in Ukraine is leaving millions displaced, and the lives they lived may not return for some time. The UN Security Council acknowledges that women suffer disproportionately during and after war. If you care to support and stand in solidarity with women in and leaving Ukraine, UN Women are receiving donations. 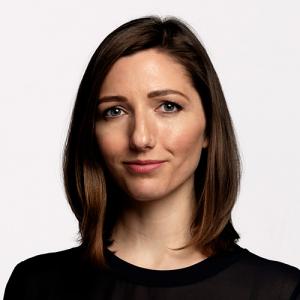