Why the Future of Marketing Doesn't Look Like Minority Report

When we think about the future of advertising, the go-to scenario for the past 15 or so years has been Minority Report, Steven Spielberg's 2002 adaptation of the Philip K. Dick story.

Though the movie isn't about advertising, there's a scene in which the hero, John Anderton, visits a mall and is assaulted by holograms beckoning him by name. The movie, set in 2054, imagines that advertisers can personalize messages via retinal scans.

This vision is a nightmare. It's a glimpse of advertisers run amok. But I think it's off base. Advertisers are smart, and by 2054 they will realize that in-your-face messages are counterproductive. Personalization means not only crafting the right messages but also serving them when consumers are most amenable to receiving them.

What a river barge says about advertising in 2018

One day I looked out my office window and saw a barge, festooned with banners promoting a new reality show, floating down the resplendent Hudson River. As is often the case, this ad didn't make me want to buy what the marketer was selling. Instead, it made me angry. The desolate beauty of the freezing river was besmirched by a crass plug.

Lots of people are familiar with this sentiment. Some 83 percent of people see advertising as a disruptive experience, according to Rakuten Marketing.

In addition, in a recent survey from Propeller Insights, 51 percent of consumers said websites should have fewer ads. You don't have to spend much time online to see why there's a backlash. Publishers force autoplay video ads on us constantly, and pop-up messages asking us to sign up for a newsletter assault us halfway through a story.

Digital isn't the only area where ad creep is rampant. There are ads on the airport bins where we put our shoes and belt as we go through security. There are ads at ATMs. There's junk mail and telemarketing calls, and even friendship has been commoditized for jewelry parties. The average consumer is exposed to some 10,000 messages a day, which is insane considering we're awake for only about 1,000 minutes a day.

Personalization to the rescue?

Thanks to the data-driven age we're in, marketers can target advertising to their ideal consumers based on income, age, location and other lifestyle statistics. They rejoice at the thought since it eliminates the waste of "spray and pray" campaigns that target millions of people in the hopes of reaching a small percentage who are actually buying what marketers are selling.

But what many marketers miss is that advertising is just one method of creating a brand experience that can be improved by analysis and insights. For instance, Apple won a Cannes Lion not for its iconic ads but for its Apple Stores, which the Cannes judges thought conveyed the essence of the brand.

In another example, Jordan Brand released a new Air Jordan on Snapchat with an AR lens that recreated one of Michael Jordan's most iconic moments.

Then there was "Universal Love," MGM Resorts' collection of reimagined wedding songs for LGBTQ couples from Bob Dylan, Kesha and St. Vincent, among others.

Such visions offer a stark contrast to the dystopia of Minority Report. Instead of learning about consumers so we can advertise to them, we should learn about them as humans so we can delight them and create memorable experiences.

Do you see the difference? The industry can choose now whether we want the hell of Minority Report or a much more mutually beneficial relationship between brands and their consumers. 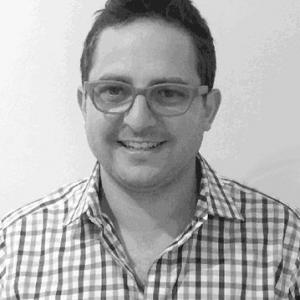