Why Creativity Is Key During a Recession

We've been here before. Don't play it safe

A friend of mine was checking out at the grocery store, when his 5-year-old son begged him for a "Spunow" candy bar. Before he could reply, "No, you'll spoil your appetite," he looked closer at this mysterious brand of candy only to realize they were "Mounds" bars placed upside-down in the box. Through the eyes of children…

Sometimes you feel like a nut, sometimes you marvel at the world through a child's eyes. While inadvertent, this story demonstrates the very definition of creativity. That is, seeing the world in different ways and from different angles. In this case, upside-down.

I recently read an article about how Covid-19 is affecting brand messages, and a marketing professor with a handful of initials after his name suggested this was the time for brands to play it safe. He talked about how families are hunkered down and trying their best to get through this crisis. Therefore, brands should be more sympathetic to the psychological challenges that come during "these trying times."

I do my best to encourage everyone I work with to see the world through the eyes of children. We have a different take on the famed marketing acronym "ROI." We call it "Return On Ideas!" and never has that focus been more important.

Creative ideas needn't shelter in place, especially during a pandemic. In fact, brands should be begging for Spunow candy bars. Every day, our clients are getting their recommended daily allowance of creative candy. Want to play it safe? Open a bag of peanut M&Ms. Or as I like to call them, W&Ws.

Here's a question: Was there ever a time to play it safe? Seth Godin, author of The Purple Cow, reminds us that, "You can't bore someone into buying your product." Truer words were never spoken.

Being a curious soul, I went back and looked at advertising campaigns produced during the past few recessions, and what I found would make the aforementioned marketing professor wish he had spent less time in college and more time in high school.

While America was dealing with the first recession since the early 1980s, Michael Jordan and his pals at Nike introduced us to Mars Blackman and re-introduced everyone to Bugs Bunny. The animated Looney Tunes commercial later influenced the Hollywood mega-hit Space Jam. You may have heard of it.

Can you think of a worse time to introduce a luxury car brand? Lexus said, "That's not stopping us," as they greeted the world with a series of creative ads that focused on individual features—like advanced anti-lock brakes, as demonstrated by ice skaters on a frozen lake, and a high-fidelity sound system that could make it rain, even in a barren desert. This campaign broke all the rules for a new product introduction and still stands as one of the best launches ever.

This economic downturn ushered in even more stellar work, like the introduction of the Apple iPod. Remember the dancing silhouettes holding this foreign device, along with a never-seen-before white cord? If not for this campaign's success, odds are quite good you'd be reading this article not on your smartphone—the precursor to the revolutionary iPhone—but on an archaic desktop computer. A Commodore 64, perhaps?

During this time, we also got to follow the ongoing trials of Frankie and Louie, Budweiser's hilarious swamp lizards. Recessions generally bring an uptick in alcohol sales (this current one is no exception), so Frankie and Louie became cultural icons. Even today I hear people ask for a "Bud. Wise. Er."

Just as we were learning that banks were too big to fail, we also learned Old Spice ads were too good to ignore. My dad wore this putrid aftershave lotion, so I never wanted to grow up to be a "man your man could smell like." But after millions of dollars in sales (and presumably, a reformulated scent), Proctor & Gamble made like actor Isaiah Mustafa and sat on their own high horse. Ahhh, the sweet smell of edgy creative!

"The Most Interesting Man In The World" introduced himself in one of the most interesting ad campaigns of all time. Who thought it was a good idea to target 20-something beer drinkers with a 75-year-old guy in a tuxedo? Dos Equis beer did, that's who. Why did this character become so popular? Well, he did win a lifetime achievement award, twice. Mosquitos refuse to bite him purely out of respect. And he once flirted with danger, and danger got clingy.

So where does this leave us, eight months into our current economic downturn? Of course, the jury's still out on the quality of the creative, but from where I sit—at home, surrounded by multiple rolls of toilet paper—I am seeing some remarkable work from the likes of Progressive Insurance. The current campaign features Flo and her band of work pals trying to video conference. What a terrific way to showcase (and evolve) these characters. Who among us can't relate to these hilarious scenarios?

Arby's restaurants have dealt with the production challenges we all face by re-using an old ad simply by pixelating a sandwich that's not for sale, and adding a new voiceover. Years ago, an old creative director of mine used to say, "If you can't fix it, feature it." Arby's must have been listening.

I can't talk about the creative during the current pandemic without mentioning the Nike spot "You Can't Stop Sport." Like many practitioners in this business, I can't stop talking about it. You've likely seen it, the spot which uses existing clips, masterfully edited with split-screen footage of soccer players, swimmers, sprinters and more. This campaign reminds me of why I went into the business in the first place. Nike doesn't know what it means to "play it safe." Bravo!

Hall of Fame animator Chuck Jones once discussed the challenges he faced when developing those classic Looney Tunes cartoons with Daffy Duck, Elmer Fudd and Bugs Bunny. In hindsight, he said it was a blessing that Warner Bros. gave his animation division mere breadcrumbs, while the film studio got the big budgets. Having a pittance to work with forced his team of writers and animators to be more creative. To let the ideas be front-and-center. The same should hold true to advertisers today. Are you somewhat compromised in how you produce your campaigns? Good. Here's your chance to show the world how good you are, and to let creativity shine through.

Now more than ever, consumers are craving entertainment, inspiration and normalcy—not just another "in these troubling times" stock video montage. As advertisers, it is up to us to be creative within these new constraints while serving our clients and keeping people interested. Do your best to not test positive for a new strain of Covid—Creative Opportunities Vanishing In Distress. 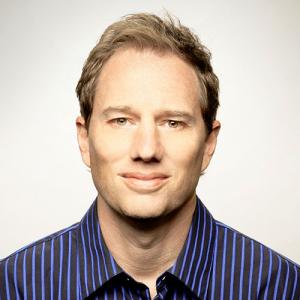