Why Commercials Make Me a Better TV and Film Director

I'll keep doing ads, even as my career grows

My first feature film, Black Conflux, debuted at the Toronto International Film Festival (TIFF) in September. I was thrilled to receive many good reviews, and a lot of industry buzz. The Hollywood Reporter called it "a constant visual delight," which was gratifying, given I shot the film in my native country (Canada) and included, in my not-so-huge budget, aerial shots of Newfoundland's landscape.

The film is my baby, and I was with it every step of the way for several years. In the frenetic weeks surrounding the festival, I landed representation at CAA and a U.S. manager, and this opened doors to new possibilities. I'm sorting through several feature directing opportunities as well as breaking into TV series work with my writing partner Sofia Banzhaf. I will always be creating my own things, but it's nice to be at a place in my career where there is a team behind me.

As a filmmaker, my sensibility has always led me to deconstruct, rather than follow, genre tropes. Another filmmaking norm I've resisted is the idea that commercials are something directors abandon once they break through in movies. A month after my film debuted at TIFF, a spot I directed was featured in the ad trades and I was proud to have my name on it as a director (more about that campaign later.) I definitely plan to keep commercials—for which I'm represented by Keeper Content in L.A.—as an ongoing part of my directing slate. And not just for the money. I've noticed that directing spots makes me a better TV and film director.

Here are a few of the reasons why:

• For me, the ideal scenario is always to be working. The advertising world is great for this because it allows me to flex my creative muscles and be a problem solver. Best of all, commercials—which take place in a few weeks' time—allow me to be on set more often.

• In indie features such as Black Conflux, it's "my baby," in terms of creative control. The budget on indie features is a challenge, but you're able to shepherd the film along and make sure no one destroys what you're trying to create. In studio films and TV series work, it's a different skill set. The studio, network or showrunner generally has final cut. Directing spots prepared me for this filmmaking environment, where the director's job is to come in and execute someone else's (or a team's) vision.

• Commercials allow me to focus on elevating what's on the page. This is similar to the format in TV, where the writer is king. I love that kind of a challenge.

• Commercials allow indie filmmakers like me to experiment with the latest production tech, and to collaborate with larger crews. This is great preparation for the larger commercial film sets involved with making a studio picture.

• Commercials can be provocative. My taste in commercials leans toward the unconventional. Recently, I directed the ad below for Cindy Gallop's company, MakeLoveNotPorn—the movement geared toward making it easier to talk openly and honestly about sex. "I love Cindy's message of real world sex ... so I wanted to contribute to her conversation where communication is central," I told Campaign magazine. 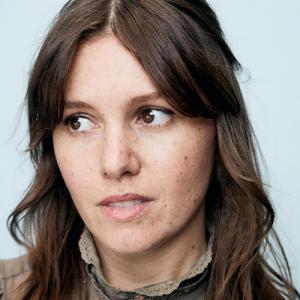