Why Becoming a Community-Driven Brand Should Scare You

Which brands will tackle isolation and spiritual longing?

Community lies at the heart of effective 21st century brands. But most brands have yet to master the skills of community leadership, honed for centuries in religious communities.

Community is indispensable for brands—that much we know. Once confined to the realms of loyalty and retention, the word community is now standard S-1 vocabulary, and "supporting the communities in which we work" is a pillar of the Business Roundtable's redefined purpose of a corporation. Without a purpose-driven community, you cannot be an influential 21st century brand.

But today, as 46 percent of Americans say they feel alone, the hunger for meaning-oriented community is stronger than ever. A recent Cigna study revealed that the problem is only likely to grow, with Gen Z identifying as the loneliest generation. The move toward community-driven brands isn't just stemming from companies' business interests, it is an answer to two growing societal needs—belonging and becoming—which profit-driven organizations have not traditionally been structured to provide. That kind of relationship between consumers and brands is a profound shift and brings with it new responsibilities. And without the necessary tools, it should scare you.

Our teams partnered to advise a technology company that found itself with the happy problem of an organically growing community. Members were traveling to the brand's headquarters on modern-day pilgrimages and were participating in weekly shared rituals on their social media pages. It was clear that the brand played a nearly religious leadership role for the community. The leadership team faced a choice-point: Embrace this new depth of engagement and responsibility, or step away from the community.

It could have been a powerful story. Even higher levels of brand enthusiasm, loyalty, community creativity, perhaps even a missionary zeal!

We recommended a pathway to elicit the feelings of belonging and becoming: defining the community by an inclusive mindset rather than by demographics, and articulating the brand's shared purpose in the world; each an essential element of a long-lasting, successful community. But the company wanted to reap the benefits of being "community-driven" without actually shifting their approach. They feared naming who they were, in case it deterred future growth, forgetting that it is precisely when we know who we are and what we stand for that others are drawn to us. They certainly feared hiring new staff to tend to the community's emotional and spiritual needs.

Today, the brand's community has grown fractured and contentious, as members struggle to understand what they have in common other than initial brand preference, and what larger mission they stand for, save their own self-interest. The brand has failed to answer not only "Who am I?" but also "Whose am I?"

Hesitancy is understandable. Taking on a more substantial role in the well-being of consumers demands a paradigm shift. We need new examples to guide us.

Luckily, there is a long history of community building and a myriad of tools and strategies to help do it if we turn to the tradition of religious congregations and wisdom teachings. These community leaders have, for millennia, taken on "the care of souls," as 6th century Pope Gregory the Great wrote. The brands who are successfully cultivating communities today are engendering belonging and becoming in ways that parallel such religious best practices.

Sephora has very seriously and explicitly taken on the role of providing a sense of belonging for its community. When SZA accused a Sephora employee of racially profiling her, the brand immediately saw how the incident, and any others like it, was in direct opposition to the inclusive atmosphere they hoped to create. Sephora responded with plan of action that included closing all of their stores for inclusivity training and rolling out the "We Belong to Something Beautiful" campaign featuring transgender and non-binary models. By clearly stating who is welcome within Sephora's community and the values that all members—from the brand to the employees to the customers—must uphold, trust was built and a shared sense of belonging was extended.

Nike has long been a brand that embodies becoming, having encouraged the development of individuals into athletes for decades, and more recently calling upon its community members to "Dream Crazier." In the tradition of pastoral religions, the brand employs prominent wisdom-providers along this journey of transformation—in place of rabbis, they have Rapinoe—to whom their community members can look to for inspiration and guidance. In doing so, the brand cedes some of its power to these wisdom providers, which Nike acutely felt when its community rallied around track star Alysia Montaño in criticism of the company's maternity pay practices. However, even this controversy enabled Nike, after acknowledging its mistake and remedying it, to recommit to the type of becoming they strive to create for their community.

As traditional structures of community and religious affiliation dwindle, new centers of meaning-making and relationship-building are emerging. Brands have the opportunity to step into this work and offer new models of community connection—perhaps inspired by covenant or vow-making. What might it look like for a cosmetic brand to welcome consumers into living a modern-day Rule of Life? Or for an athletic brand to bless the gifts of their customers?

Today, brands have a choice. Either ignore this moment of opportunity or step into it with creativity and care. The crisis of isolation and spiritual longing will be met by someone. Which brands will be brave enough to do it? 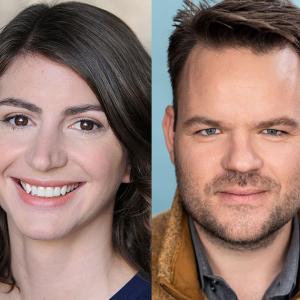