Taylors coffee bags and the value of naivete 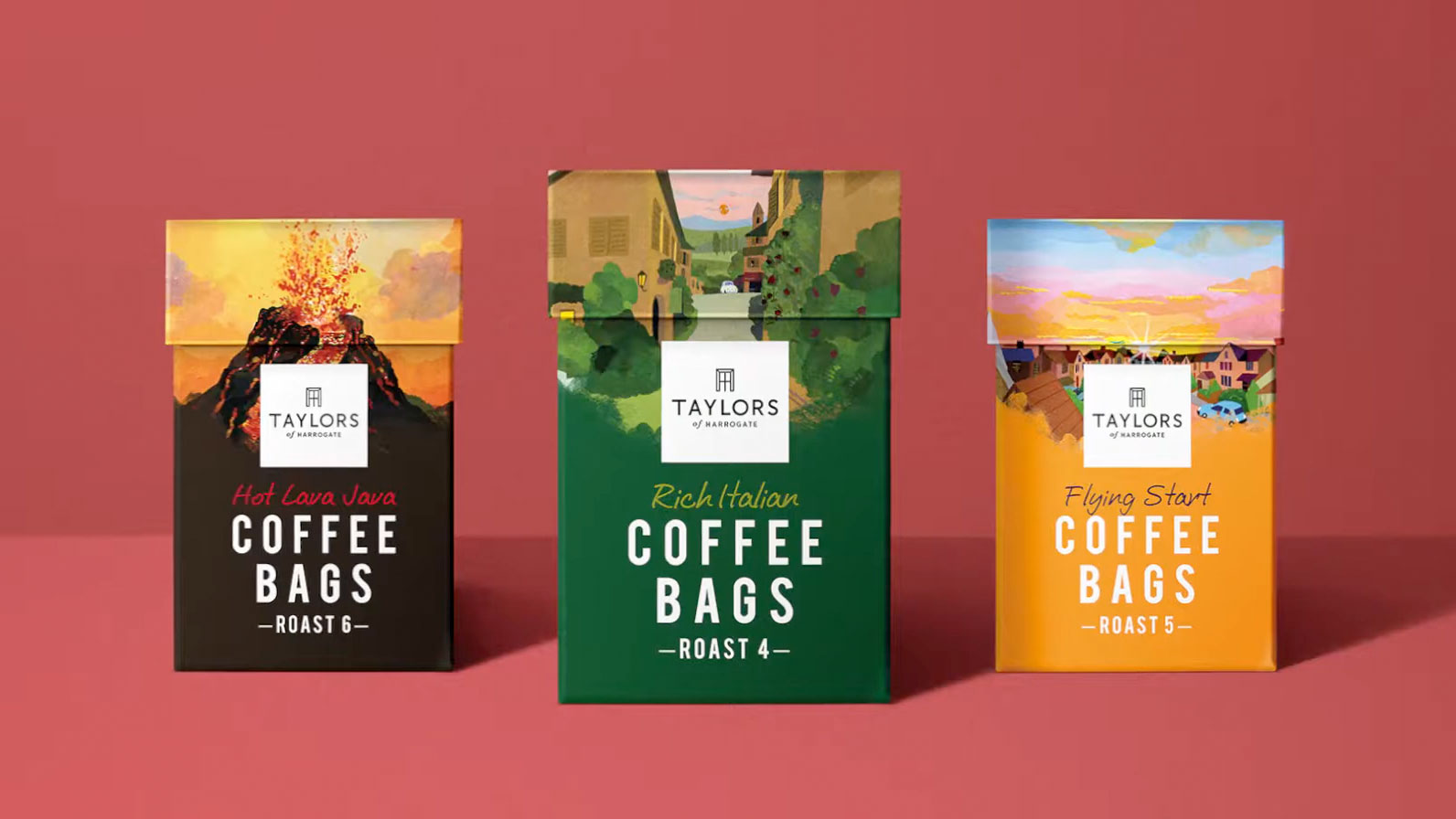 Crazy People was a pretty mediocre film, from 1990. It starred Dudley Moore as Emory Leeson, a stressed-out adman who is tired of peddling lies to the public. As his mental health unravels, he starts to write brutally honest headlines. For instance: "Jaguar. For men who'd like hand jobs from beautiful women they hardly know." Or "Buy Volvos. They're boxy but they're good." Needless to say, this doesn't endear him to his boss, and Leeson ends up being committed to a psychiatric hospital.

While he's there, something strange happens (yes, even stranger than two car companies being happy to share an agency). Leeson's ads run by mistake and turn out to be a great success. This eventually prompts the evil boss to re-hire him—and the other patients—to create more. These go down equally well ("Metamucil. It helps you go to the toilet") and eventually Leeson escapes to set up his own agency, with all his new friends.

As I say, it's not a great movie. The depiction of mental health is hackneyed, and there are other unhelpful stereotypes, too. But the underlying premise—that amateurs can sometimes do better than the experts—is interesting.

I don't mean professional marketers should just give up and "crowdsource" their brand's communications strategy from the public. This is a silly notion that pops up from time to time. It ignores the fact that, in real life, creative people can't just spitball ideas. There's a real skill in getting to the right brief, let alone the right work. As with all forms of serendipity, an expert and "prepared mind" is required, to recognize a half-formed thought and work out it whether it is any good or not.

No, I mean that it can be helpful, at the early stages of a project, to get a completely naive perspective. The view of someone who doesn't know (or care) about all the technical details. Someone who might not even use the category. Someone who might say something a bit silly—that you can then pick out and turn into something clever.

Talking of clever things, a while ago we were working on a brilliant new product from Taylors of Harrogate. They're the makers of Yorkshire Tea, but this brief was for Taylors Coffee. Specifically, it was to launch their new coffee bags.

To be honest, coffee bags have been around for decades. But they're a lot harder to get right than tea bags, because they contain finely ground beans rather than leaves. That means it's difficult to make a bag that's porous enough to let the flavor out but fine enough to keep the grains in. As a result, hardly anybody knows about them, and those who do often complain about the taste.

Taylors hadn't offered them in the past, preferring to focus on formats that could deliver a great flavor: beans, ground and pods. But they could see the last of these wasn't very environmentally friendly. And their NPD wizards had recently made a breakthrough on bags that would finally deliver a cafetière-quality taste. So they took a strategic decision to exit the Nespresso world and lead the way in this new (well, new to them anyway) format. As you can imagine, this was quite a big deal.

When we got back to the agency, we took care to emphasize how important this launch was. We stressed the technical brilliance of the bags and how they were better than anything that had gone before. We highlighted the end benefit—that they offered "real coffee without the faff." We talked about their potential to revolutionize the way we drink coffee. So it was a bit of a blow when our creative team appeared to be completely non-plussed. "Aren't they just tea bags but with coffee?" George and Lizzie asked. "What's so clever about that?"

Needless to say, we re-explained why it was such a technically difficult feat. And a couple of weeks later, it looked like the significance had finally sunk in. The team came back with a range of really strong ideas. One compared the innovation to magic. Another promised to make instant coffee a thing of the past. Others proclaimed the newfound ability to have coffee wherever you liked. We were glad they'd taken on our feedback. Until they slipped in one last idea.

"We don't want to keep banging on about this," said George. "But we're still struggling to see what took them so long." Lizzie agreed: "We reckon there's an idea in that," she said. "I mean it's pretty funny that humans managed to put dogs in space before they could put coffee in bags. Shouldn't we just admit how ridiculous that is?"

Again, we explained why this really wasn't a fair comparison and that the bags were the result of years of hard work. "That's kind of our point," they replied. "Taylors is over 100 years old, and they've only just worked out how to do this. Meanwhile, we've split the atom, sequenced the human genome and discovered the Higgs Boson particle. It feels like we could do with a bit of perspective!"

Well, that was us told. And to be honest, we began to think they might be right. As did the Taylors team who had spent so long developing the breakthrough. While we all knew it had been a great achievement, "normal people" might not.

A little bit chastened—but also emboldened—we developed a new idea: "Why didn't we think of them before?" This was probably the least launch-y launch slogan in marketing history. But it was refreshingly honest. And led to some funny advertising capers through history. It was the sort of disarmingly frank idea that Emory Leeson's agency would have created. And just like in the film, the coffee bags sold like crazy (so much so that we had to pull the campaign).

This brief was a reminder of the dangers of getting too close to a project. Expertise is clearly crucial, in any walk of life—but only up to a point. When you've poured your life into an initiative—or just devoted all your weekends—it can feel like the most important thing in the world. But usually, it's not. Sometimes, it pays to take a step back and have a coffee with someone who knows less than you do. 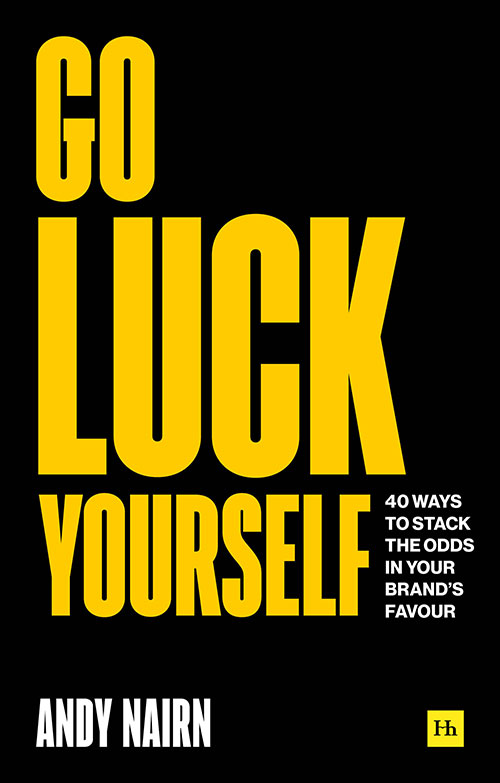 This piece has been adapted from Andy Nairn's new book Go Luck Yourself, which is available to pre-order here. 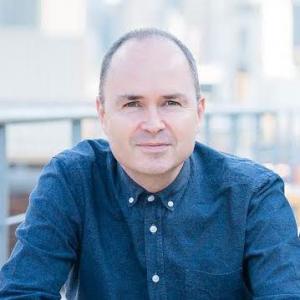