Who Needs a Showrunner in Advertising?

Something extraordinarily unique happened to me in a business where no two jobs are ever the same: I got the chance to help create and direct five ad campaigns in a row for a single brand. And I'm extremely honored to have had the opportunity. The most interesting part was that the process and creative continuation made me feel like more than a commercial director, a job that I love. As I tried to liken the experience to a clearer idea and definition, the concept of "showrunner" kept coming up as an interesting parallel. I'm quite different from a Shonda Rhimes or Vince Gilligan in many respects; however, showrunners like them serve as connectors and binders to some of the most successful stories of all time. In remarkable ways, that's exactly what it felt like I was doing in the commercial space. Allowing a director to perform the role of connector/showrunner can stand to be highly beneficial for brands when interested in flow and continuity over the life, or "series," of its campaigns.

It's standard practice in the advertising production space to take an a la carte approach when it comes to directors, bringing on someone different depending on the needs of the project. This is also mirrored in television, usually out of necessity, where not every episode in a given season of a series is helmed by the same director, often to mixed results. The showrunner in TV, however, when also directing the episodes, brings unmistakable uniformity and impact, serving as the connector carefully infusing every piece of the creative puzzle with the unique and distinct energy designed to bring audiences along for the story beats.

In today's digital media landscape, where brands are constantly connecting with fans, directors should be empowered to operate more like TV showrunners, marrying a creative vision with a deep buy-in of the brand's core pillars. Using a single director as something of a brand showrunner allows her or him to function as a story connector before, during and post production, carefully infusing every piece of the creative output with a broader understanding of both the brand story and the audience's relation to it as content. This approach weaves long-term goals together with a short-term campaign vision and breathes texture and longevity into each and every unique project.

I've had the opportunity to work with Grayscale Investments since 2018, collaborating across multiple campaigns with different goals, yet guided by the brand's core values and interests, much like a showrunner would over multiple episodes and even seasons. I am able to follow the storyline of the brand within the marketplace, gauge the response to it, and inform our future campaigns with that continuous feedback loop. The crypto market is extremely vocal and opinionated, so there is a constant balancing act between pushing the envelope and understanding the environment in which those buttons are being pushed. There is a ton of subtext in even a single campaign, and without a deep understanding of the nuances of the current marketplace, even a great idea can fail in the execution.

The diversity of both the content and execution across the campaigns that I've had the opportunity to collaborate on with Grayscale provide a clear understanding of both shifting marketplace trends and audience understanding. While our initial campaigns focused on a bold stance against gold bugs and sparking a debate on the societally perceived value of institutional wealth, our next campaign faced the challenge of toeing the line between keeping the original investors engaged, while still opening the door to those who may have believed that crypto investments were out of reach for them. Our latest campaign pushed that notion even further, fully reframing the concept of institutional wealth and flipping it on its head to show crypto as an opportunity for a younger generation to pass wealth "up" to an older generation. The campaign also makes light of this paradigm shift, with the more senior family members stealthily concealing their pre-existing crypto savviness to save face for their well-meaning children and grandchildren.

The notion of a director shifting into this type of hybrid role is not something new, and has been successfully executed in the past: Brendan Gibbons brought an undeniable throughline to the Progressive "Flo" campaign in his seven-plus years partnering with the brand, and Randy Krallman helmed spots for the E*Trade "Baby" campaign, having collaborated with the brand since 2008.

Agencies and creative teams serve as the guiding light for brand narratives across multiple campaigns, weathering industry shifts, media trends and global crises. While this powerful partnership is as relevant as ever, embracing a director collaborator as something more long-term and strategic can serve to further strengthen the big-picture positioning and continuity of storytelling, which can ultimately make or break both blossoming and veteran brands alike.

But one thing's for sure: We need to figure out a better name than "showrunner." Showfluencer? 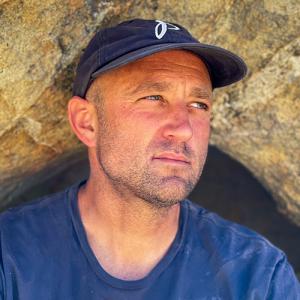