Where Brands and Agencies Are on Inclusion, and What's Next

Using your creative voice to lend a voice to others

Inclusion and diversity have become buzzwords in the creative industry, as people muse on whether we're "there yet," or whether what's being done is enough. But recent scandals at Prada and Dolce & Gabbana related to cultural misappropriation definitively demonstrate one thing: There is still not enough representation within both brands and creative agencies to be able to vet everything from campaign work to creative aims. It also shows a blatant lack of knowledge surrounding culture codes and the sensitivities which exist around them. And at this point, there's truly no excuse.

Especially when one considers that brands, not to mention the communication elements and creative they put out into the world, are supposed to represent today's consumers. Taking a consumer-centric approach which demonstrates an understanding of culture is key, but the only way to do this better is to hire diverse and inclusionary talent that can create both products and communications. That means hiring more than just one person to represent a whole demographic, as there are different perspectives within each respective group that must be taken into consideration. A lot is at stake—trust, loyalty, sales and the potential for backlash.

So is there more awareness today than there used to be? Of course, since this is a quote-unquote hot topic. But therein lays a secondary problem.

Inclusivity can't be treated as the issue of "the moment," when it has long been an unfortunate reality, one which may never be completely solved as attitudes about race shift with the political and cultural climate. But we, as minority talent, need to acknowledge that reality, and need to inspire, nurture and hire diverse talent if we have the power to do so.

In the advertising space in particular, a sprinkling of Asian, African American and Middle Eastern models and back-end creative talent has almost been pointed to as a "Look, we've done it." Although a start, it's not enough. That's because it is simply an attempt at visually manifesting selective inclusion, as people can see more of themselves included in these representations of the world at large. And even then, whole groups are frequently still under-represented, from middle-aged women to plus-size shoppers and minority teens. The shift must also come from an attitudinal change, one where brands actively look for and place talent in roles that have impact. Again, the important shift is to change things from the inside out, if we want transformation to happen.

Regarding what I've seen to date, yes, it's encouraging, and I still believe most brands want to do the right thing. The problem is that they tend to approach the issue from an outsider's perspective. Inclusion means you need to include all of the relevant parties. Instead of giving this responsibility to one person or a limited group, you need to consistently empower the people you have within your organization and give them a proper seat at the table. The same way brands need to listen to their consumers, they also need to listen to their employees. If the employee makeup reflects society, most issues can be addressed quickly, assuming it even gets to that point. Even more so if there is sufficient inclusion on the creative, marketing and PR teams.

What's at risk is clear. Mistakes may not only ruin things from a brand or agency perception standpoint, but they can have a dire financial impact as well.

So what's the immediate step to take? First, agencies and brands must really look at who they hire. Second, they should consider the possibility of grooming in-house talent by using internship and mentorship programs. A desire to address the latter inspired me to start an in-agency initiative called Creative Coalition for Diversity, bringing in minority students so they can witness and experience the success stories of minority creative forces firsthand, and ideally also get inspired themselves. We interview each student to understand their interests in creative fields and extend an invitation so they can work with us as interns. It's a first step. As I see it, these students will become the tastemakers of the future, and I'm thrilled to be a part of their journey. 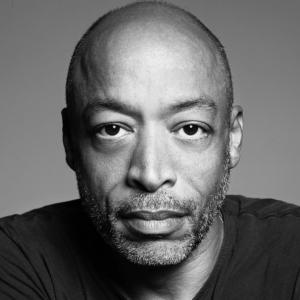