What We Learned About Gen Z From 1,000 Kids and a Film

How to connect authentically

In my experience as a communications strategist, I try to find "authentic ways" to connect with people. Strategists combine relevant insights with product proof points, and then send anonymous professionals to an expensive set to bring the idea to life. From Generation Z's perspective, we're looking at authenticity backwards. When it comes to content that appeals to Z, the packaging is more important than the substance.

For RPA's larger report on Z, titled Identity Shifters, I spoke with vloggers, filmmakers and sketch comics from this generation as part of our unconventional research approach to get more (and better) perspectives on their generation. While marketers are focused on the what and the where of communication, Z is preoccupied with the who and the how. Asked what they look for in creative content, it always came down to the people involved—their experience, beliefs and hard work.

For one, Z can't separate the art from the artist. If creativity comes from within, then liking the creation is akin to liking the creator. This is a key part of YouTube's appeal. The platform's personal nature evokes a feeling of friendship, of shared experiences and interests, making it easier for Z to endorse those influencers and their creative undertakings. As Maddy Caddell, a 16-year-old YouTuber, said, "I look more for creators as opposed to video content," following Conner Franta "because his whole brand is positivity."

That connection between the author and the narrative is the true source of authenticity. In creative arenas outside of YouTube, this can often come into question. For example, the director of Roma was criticized for glorifying his protagonist's servitude in his attempt to pay homage to his own childhood maid. According to some, Cleo's plight was not Alfonso Cuarón's story to tell. Especially when it comes to the narratives and voices of underrepresented groups, Z is hungry for authenticity.

They want to know where the stories are coming from. In our research, we found that influence over others is especially important to Z, given the value they place on group dynamics. By giving our content an author and acknowledging that human effort went into the making-of, brands can not only ground their campaigns in authenticity, but also give credit where credit is due—an important act of generosity in Z's eyes.

When you consider how easy it is to make content these days, the effort that goes into a piece of creative becomes all the more valuable. They have the tools to shoot a :30 in their back pockets—literally. The instant gratification available to creators raises the bar for everyone when it comes to how content gets made.

When we commissioned Joji Baratelli, a 19-year-old director, to show us his take on Gen Z, he elected to shoot the six-minute documentary on film. Why? Because he wanted a challenge. He could've put a retro filter on his finished cut, but the time and effort involved were just as important as the end result. As one of his subjects, Finley, says, "Maybe it's a little bit more expensive and a luxury for sure, but … I think it makes all the difference."

Z appreciates the value of hard work. Unlike their entitled millennial siblings (just kidding…), Z is often described as entrepreneurial. In our research, we saw that this ambition is stoked by the constant comparisons they make with their peers—whether during the college-application process or scrolling through evidence of self-made success. To their credit, they often adopt a growth mind-set: "If I just try harder and really apply myself, I could do that too." In working with Z throughout our research, we found they often sacrificed time (and deadlines) in order to give their all to the process—a frustrating and eye-opening learning when it comes to working with these future fellow employees.

It's hard work to make good advertising, and it takes a lot of people, but we marketers purposely make it look easy. Even if the brand narrative is absolutely true, our high production values can undercut the content's authenticity in Z's eyes, because it's lacking in the human connection they crave. To make content that appeals to Z, consider bringing the who and the how into the conversation earlier and into the forefront of the work. By grounding our ads in the people and the process involved, we can also create a counterbalance to the tide of dynamic, A.I.-based marketing that is coming our way. As an increasing portion of our lives, Gen Z's included, is conducted through technology, that human contribution will only grow in value. 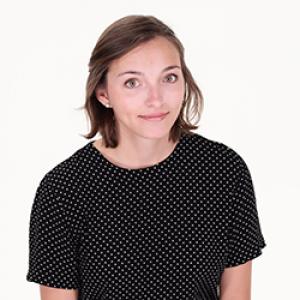