What the Ad World Can Learn From Live-Editing on SNL

Lessons from a gig with very unique pressures

The question I'm most often asked about working at SNL is, "Is (fill-in-the-blank cast member) nice?" The answer is always, "Yes. Yes, they are very nice, and very cool and very funny." This is usually met with a satisfied but slightly disappointed smile. The craving for hot gossip is a primal force.

However, sometimes the person asking questions cares less about the drama and more about the process.

"If you only have one day to edit these pieces for air, are you just working faster?" "Does this carry over to other non-SNL work?" "What's it like in the room?"

Of course, humans cannot deny their underlying natures and they eventually get to asking, "Are they nice?" At least there's some editorial fluffing to grease the wheels.

Working on SNL film pieces for nearly a decade now has informed the way I approach an edit, not only at the show, but on commercial projects at PS260 as well. The unique schedule and pressures of the show translate well to the commercial world—the timelines and deliveries might be different, but the broader lessons carry across.

When the timeline is accelerated, the line between a rough cut and a finished piece blurs. I learned early on in my time at SNL that the faster I can get things to a place where the writers and producers don't have to imagine how it's going to look or sound, the better.

"So ... we're gonna eventually do something about that greenscreen, right?"

"Definitely. We definitely are."

"Oh, OK, good, just wanted to make sure we didn't forget about that."

We stare at each other for what might be one minute or 30,000 years.

" ... 'Cause I just think it's really important that we make sure to do that."

If technical distractions and explanations of "Well, eventually it's going to look like this" are happening, that's less time to talk about whether or not a joke is landing, or dive deeper into performance. To that end, I'm mixing, sound designing and building "good enough for now" graphics and composited shots, often to a rather detailed level as I work on rough cuts.

The schedule at SNL necessitates this, but I try to carry this ethos over as much possible to my commercial projects. Obviously, the final mix at the audio house and a final color correct in the hands of a dedicated artist are going to take the spot to another level of polish and professionalism, but I like to make sure that my rough cuts never feel like rough cuts.

When it comes to the decision-making process on SNL shorts, paradoxically, the lack of time can actually be freeing. When everyone in the room knows that a decision has to be made in the next 10 minutes, instinct and gut reactions lead the way—there's no time for the days- or weeks-long back-and-forth, try every option, agency/client/friend-that-you-showed-it-to-who-definitely-has-THOUGHTS overthink that can bog down commercial jobs from time to time.

This isn't to say more time is a bad thing—we would perform unspeakable acts if it meant an extra day to work on our pieces at the show—but remembering your first reaction and trusting your gut should still carry a lot of weight in commercial jobs. If that means trying out 50 million options to eventually get back to where you started, that's fine too. And if lunch is good on those days, even better.

More than anything, though, the SNL pressure cooker emphasizes the importance of open collaboration and communication, while being able to balance ego and expectations.

Apart from the business of actually putting together the piece, I try to set as much of a relaxed, confident and open vibe in the room as possible. Ideally, when the writers and producers come in to work on the piece, even though it's a focused and time-sensitive undertaking, things should never feel frantic or concerning.

Often, most people in the room are coming off an all-day shoot, a week of sleepless nights and a terrifying amount of coffee pulsing through their veins. If things start to go awry, it can quickly snowball. And since this is comedy, the last thing we want is everyone to be stressed and in their own heads.

A mellow vibe in the room allows real conversations and collaboration to take place. Ideally, all ideas are heard, egos take a back seat, and the best ideas win out regardless of where they came from. In a perfect world, this carries over not just to commercial editorial projects, but to creative group endeavors in general.

Because even with all the fancy gear and cool tech, no matter if it's 11 p.m. on Saturday at Rockefeller Center, or a random Tuesday agency presentation, at the end of the day it's still a group of people with a common goal sitting together in a room, trying to make something work.

Ideally while being very nice, and very cool and very funny. 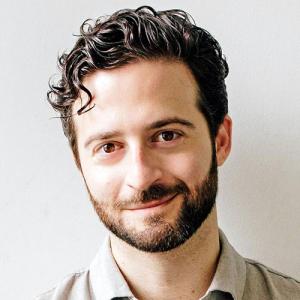 Adam Epstein
Adam Epstein has edited scores of SNL's best-loved fake commercials and digital shorts in his 10 years at the show. He edits commercials through PS260.
More from Adam Epstein