We Spent $170 on a Fiverr Ad Promoting Our New Website. Behold the Majestic Results

The ups and downs of more affordable creative work

If you've ever browsed Fiverr's online marketplace of ad creators, you'll find some astonishing, seemingly too-good-to-be-true promises to create "a high-quality brand advertisement for your company" at rates ranging from $30 to $5,000.

In the world of advertising, one of the more recurring themes is how brands continue to push their agencies to create high-quality work, with the same results, at a lower cost.

Which, as the founder of small agency Undynable, is equal parts terrifying and exciting because we enjoy the challenge of solving problems as creatively as possible without the cost that comes from larger shops. But with Covid affecting so many smaller businesses, it begs the question, what is "affordable"?

What could you possibly get for $30? Time to find out.

We had just finished updating our agency site, which, outside of our immediate family, we knew literally no one would care about. To be fair, I'm not sure our immediate family members were that quick to check out the new site, either. But we thought it was the perfect time to try tapping some of those mind-bogglingly inexpensive Fiverr ad creators we had heard about to see what they could do to help us promote it.

Scanning through the Fiverr listings for branding and marketing, we found the majority of Fiverr ad creators appeared to be delivering just what you'd expect for $30 to $5,000—stock images and music haphazardly strewn together, paired with a slightly robotic voice overstating the nitty-gritty facts.

So with a generous (compared to $30) budget of $150, we set out to find a few exceptions in the sea of generic Fiverr ad creators and have them make the most of our updated agency site.

It was an ad agency hiring an ad creator to help them advertise their advertising site. Full on advertising Inception.

We briefed two Fiverr ad creators with our logo and this direction: "We're launching our updated website at www.undnyable.com, and to us, and the world, that's super big, mega important, earth-shattering news." We instructed them to write the script themselves, and we would move forward with whatever they thought would work best.

The first Fiverr ad creator we reached out to was quick to respond and sent us a script a day after we started the job. We were excited and quickly corrected the one spelling error in it. Curiously, a day later he followed up with a revised script marked as the "final delivery." Being our first go at the Fiverr experience, we were a tad bit confused. Weren't we supposed to get a video?

When we asked why he was sending us a revised script as the final delivery, he said he was "delivering this order due to a shortage of time, and you are also replying late. And the delivery time is very important to my business." Technically I guess that meant he delivered something on time, just not the actual thing he was supposed to deliver.

When we politely pointed out that we had paid for a video and were curious when we might see it, he replied back, calling us an "abusive buyer" who was disrespectful of his time, and then stopped all communication. So just like that, we were ghosted. Fiverr doesn't seem to have any humans to speak with, as all communication is through their messaging system, but about a week or so later they apologized for the experience and refunded our money.

Undeterred by our first Fiverr experience, we found a second ad creator and, fortunately, had the exact opposite experience.

Not only did the second Fiverr ad creator embrace the brief and dive in quickly to start writing a script, he was highly communicative and proactive, even going so far as to find a Morgan Freeman soundalike VO artist on Fiverr, for an additional $20, to record his script.

We encouraged him to do whatever he wanted, and to make this video unlike anything he had done before.

And what we got back was fantastic.

However, I think what makes it so fantastic is that we leaned into the innate humor of promoting something that is unpromotable—an agency website. If we were a small-business owner or a local brand really trying to differentiate our product from the rest of the category, or create some form of brand affinity, or simply make something that was actually effective to drive customers to our door, going the Fiverr route would likely be a miss.

The real question was, would a client recognize their Fiverr result as a miss? Or would they be so thrilled to have a video containing their company/product name and other pertinent information in it that they'd blindly spend thousands of dollars to run it on Facebook and Instagram? With so many makers out there having access to libraries of stock-everything, clients may not be able to spot the difference between an ad that breaks through and drives business, and an ad that is, well, just an ad.

However, you may find a creator who is super talented, and if you are willing to let that creator have free rein, or even push them to not do what they normally are told to do, you might get something back that is awesome.

The Fiverr experiment was a great wake-up call for all of us to find even more efficiency, and creativity, for our clients. Oh, and there's a Morgan Freeman soundalike on there who f'ing rocks! 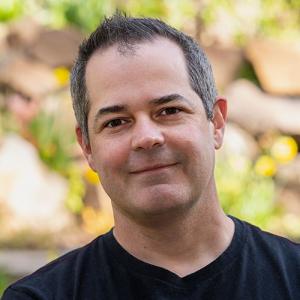