We Hired Some New People ... Are We Diverse Yet?

There's no shortage of talks, panels and essays about diversity—this, of course, being another one of those. The increased discussion means more companies see the value of diversity and are rushing to address the issue through recruitment.

But we're not talking enough about what happens after.

So, here are a few tips for companies on diversity beyond hiring, with input sourced through one of the most honest channels out there: Instagram DMs.

Don't do the token thing.

We hear the phrase "diverse talent" all the time. It's well intentioned, but when used as shorthand for women and minorities, it propagates tokenism. Individual people can't be diverse. But they can be part of a group that's underrepresented. "Diversity initiatives become hunts for tokens and people to point to when things get challenging," one person with a recruiting background told me. Start using "underrepresented talent" instead of "diverse talent," and it immediately becomes much clearer what the issue is and how to address it the right way. It's not about sprinkling people in for a photo opp. It's about creating a company culture that's more representative of the real world.

Put your money where your mouth is.

If you're a company that touts its commitment to diversity, have the receipts to back it up. "It's really easy for agencies to hire an entry-level brown person or a woman for $60k and say they are doing big things to promote diversity, but nearly impossible to find these same individuals hired for creative leadership roles in those agencies," said one creative. Try breaking down your company's salaries by gender or race. Would you want that to become public knowledge? If not, start doing something about it.

One creative messaged me that not only are there very few women in leadership roles at their agency but they are "the ones who are getting the shittier accounts." This is a pretty open secret in many creative departments. The boys get the fun or award-winning accounts, and women get the difficult or boring, but money-making accounts. That's not true of all accounts or all agencies, but it's still worth noting that diversifying an agency means giving different people a shot at "the good accounts."

Manage your own expectations.

Yes, you put effort and money into diversity, but remember that you're not doing anyone a favor. Diversity initiatives exist because there's a representation problem to be addressed, not for agencies to feel good about themselves. "People treat you like you better be perfect at everything, like they risked a spot on you or something," one account executive messaged, speaking of the pressure they felt. Be fair in how you treat employees and don't hold it against them that you hired them as part of your diversity program.

You have to want to change.

One person sent me a picture of the shape-sorting toy box and added, "to companies in America, diversity means getting a bunch of different colored triangles that fit their box. Instead of getting different shapes that actually bring something new to the box." When hiring, we say things like "fitting the culture" a lot, but upon closer examination, that just means upholding the status quo. Truly diversifying a company means that the culture of the company will evolve too, and that should be encouraged, not stifled.

Look beyond the obvious.

Are you thinking mostly about race and gender diversity? What about age? Ability? Type of experience? Are your international hires all coming from the same few countries? One person messaged me saying that companies make the mistake of "focusing on internal diversity changes without addressing or acknowledging systemic problems." For instance, only hiring creatives who went to portfolio school could exclude those who couldn't afford it or are taking a different path. Continually examining the way you approach diversity is important, and it goes beyond just what happens at your company.

It's commendable that agencies are eager to become more diverse. But diversity doesn't start and end with hiring. It's time we put the thought and effort into it that we put toward any brief. Otherwise, it's just another industry bandwagon for everyone to jump on. 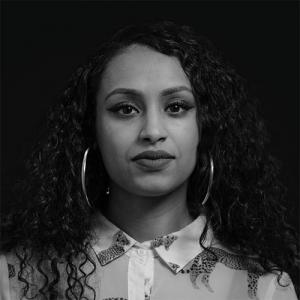 Nedal Ahmed
Nedal Ahmed is a senior creative at 72andSunny Amsterdam and was one of the creators of P&G's Emmy-winning anti-racism ad "The Talk."
More from Nedal Ahmed