Is TikTok a Hit or Miss?

How the app has taken over social media

What would you say if a stranger approached you and asked, "Hit or miss?" If you're one of the 500 million people using the short video app TikTok, you'd know exactly what to say, and you'd happily respond.

Kindergarten teacher Chaz Bruce decided to pose the question to his class. Surely, this conservative clutch of toddlers wouldn't have a clue what he was talking about. But to his surprise, they did. In almost perfect unison, they instantly sang back the meme's six-word response (also called the #TikTokTest). Videos on the app showing the test in action worldwide have received over 70 million views. From Boston to Beijing (where the app is officially headquartered), TikTok has become a global phenomenon.

TikTok beat out Facebook, Instagram, YouTube and Snapchat as the most downloaded app in the third quarter of 2018. Doubling in downloads from 92 million to 185 million in three months, the app formerly known as Musical.ly is growing up. Parent company ByteDance acquired the app in 2018, adding to its fleet of video, news and entertainment apps. Valued at $75 billion, the firm is now one of the largest privately held tech corporations in the world—second only to Uber's $76 billion evaluation.

To understand the appeal, think of TikTok as more of a social game than a video app. Instead of just posting for likes or comments, users respond to memes with videos of their own, resulting in something entirely new.

Case in point? The #pumplikethat challenge. Videos showing the popular camera-trick effect have over 50 million views, like this one of Kermit the Frog. The challenge has already been remixed with the #hitormiss challenge, birthing a whole new breed of meme. This collaboration cycle drives views and, more important, engagement—arguably the most important digital marketing metric for a brand. It's also the metric that has practically disappeared from most social platforms in recent years. Essentially, this nuance is what makes TikTok tick. In a sea of similar apps, TikTok's meteoric rise is uniquely powered by a perfect storm of timing, technology and tone.

TikTok is entering its growth phase as opposed to more mature social platforms, which have increasingly become pay-to-play platforms. This translates to a clear tactical advantage for TikTok, where significant organic growth is its raison d'etre. Users cite the "astronomical" views, supportive comments, and free-flowing likes as a huge incentive to create on the platform.

While Mark Zuckerberg is currently consumed with maximizing share price, TikTok is focused on building reach and engagement—opening a strategic window for brands to authentically connect with Gen Z. Currently, TikTok generates minimal revenue through virtual gifts and collaborations with brands like Guess, but the focus is on growth, not ads. What Snapchat was to millennials, TikTok has become to Gen Z, and with Gen Z being the largest generation of all time, TikTok has an unparalleled market advantage right now.

TikTok is unlike anything else because it's an amalgam of everything that preceded it. A hybrid evolution of Vine, Musical.ly, Instagram and Snapchat, the app's user experience centers around collaboration. Some of its most popular features allow you to do things like record a "duet" or add "reactions" to videos with a tap. The functionality is very simplistic, making it compellingly easy to participate. In-app filters and effects result in highly snackable eye candy, ready to be consumed.

Referred to as "the only truly pleasant social network in existence" by The New York Times and as a "joyful, spiritual successor to Vine" by the Verge, TikTok isn't a place for bragging, bullies or trolls. The app has become a cultural gathering place for teens and tweens to express themselves creatively and without judgment—two of Gen Z's most defining attributes. As its popularity grows, the normcore masses are starting to take notice as niche communities like nurses, the military and firefighters are getting in on the action. The entire ecosystem is predicated on open participation, embracing vulnerability and rewarding creativity.

Innocent memes like the Gummy Bear + Adele videos are entertaining and safe for any audience. The HariboChallenge videos have gotten over 16 million views and feature the edible entertainers "singing" along to Adele's "Someone Like You." This simple premise is a great example of an entry point for consumer brands, especially those in the CPG, retail and entertainment spaces. The Chinese version of TikTok, called "Douyin," has already seen paid activations from Pizza Hut, Michael Kors, Oreo and Adidas.

Singing and dancing aside, TikTok isn't right for every brand and its reach is less than its older peers. In the U.S. for example, the app has 100 million users, half of Facebook's 200 million, though not far off from Instagram's 104 million. Daily use of TikTok has some catching up to do as well. Currently, only 28 percent of users open the app every day, while Facebook, Instagram, Snapchat and YouTube are approaching the 95 percent mark. That said, daily use of TikTok increased 67 percent in the second half of 2018 alone.

The next 12-18 months will resemble the early days of TikTok's predecessors like YouTube, Facebook and Instagram. Bold CMOs with a mandate to engage younger audiences have a clear test-and-learn opportunity before them that can translate into deeper, more authentic relationships with the world's largest generation of consumers.

Best advice for a brand exploring the platform? Embrace the weirdness, keep things authentic, and be ready to answer the question "Hit or miss?" with a smile and the proper response. 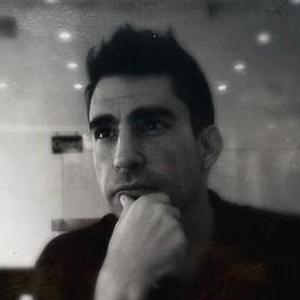