In These Uncertain Times, Count On Anxiety

Feeling more dread than usual? You're not alone

Back in caveman days, anxiety helped keep us alive. Starving, running out of water, not finding shelter, getting eaten by something—these were the stresses that caused us to worry. The cavemen and cavewomen who didn't worry enough about such matters, well … let's just say they didn't live long enough to pass on their cave-genes.

And here we are today. Not a sabre tooth tiger in sight and every basic need just a click away (except for toilet paper and hair clippers). Yet the anxiety remains. Only instead of being triggered by true life-or-death issues, it's work, social and financial stress. That's not to say those aren't a big deal, but agonizing over whether you may have said the wrong thing on a conference call four days ago isn't exactly on par with running out of water in the middle of summer on the plains of Africa, even though it can certainly feel that way.

My own relationship with anxiety goes as far back as high school. That's when I could squarely put my finger on it. I can best characterize it as a tight feeling in my chest and a nagging sense of dread that felt like it was burning me alive from the inside out. It's been there since—forever by my side, 'til death do we part. And if you're a creative, there's a decent chance you share the same dark passenger.

Now that's not to say anxiety is all gloom and doom.

I can begrudgingly credit anxiety with at least some of my achievements in school, athletics and my career. It can often act as a performance enhancer. In its manageable form, anxiety is sort of like a JV basketball coach yelling at you to do faster wind sprints. A small, annoying, but effective nudge to keep pushing. This flavor of anxiety is vaguely charming, even funny. The kind that's referenced by neurotic sitcom characters. The kind that appears on novelty tees, coffee cups and kitschy necklace charms with "Anxiety" written in golden, cursive script.

Some people, myself included, have tried to rebrand their anxiety for an even more positive spin. Perfectionism! Well that doesn't sound bad at all, does it? Hell, that's a good thing, right?! It's not unlike a global tobacco conglomerate changing its name to sound like a friendly, philanthropic organization sponsoring soup kitchens and free jazz concerts. But let's be honest. There's nothing healthy or kind about it. As Elizabeth Gilbert wrote, "Underneath that shiny veneer, perfectionism is nothing more than a deep existential angst that says, again and again, 'I am not good enough and I will never be good enough.'" Perfectionism is worry is fear is anxiety. All rotten to the core.

Because the thing is, anxiety doesn't listen very well. Especially when you try to control it. Oh, it doesn't like that at all. That's when the JV coach turns into a chainsaw-wielding masked murderer fueled by fear and self-doubt. Yes, the maniac makes you run fast. Insanely fast, because you're running for your life. But at what cost? Eventually your lungs and legs give out and the maniac catches you. It may take a week or a month or even years, but he always chases you down. Cue panic attacks, night terrors, shutting down completely, involuntary sobbing in your car in the parking deck, lashing out at the people you love, and so on and so forth.

And that's all BEFORE a global pandemic takes hold.

Anxiety feeds on uncertainty and fear, which are in breathtaking abundance "in these [insert adjective] times." The dams we've so painstakingly built to hold back the emotional tides—daily routine, exercise, self-care, socializing—have eroded or completely disappeared, leaving anxiety to run rampant. The fears that were present but seemingly distant (losing your job, your savings and maybe your life) are now more than mental fantasy. What … can … we … do?

I wish I had "three simple tips to stay sane." I wish I could offer up "an exciting approach to turning mental lemons into lemonade." Those would be great articles and people would probably share the crap out of them on LinkedIn. But it's just not that easy. You can't banish something so hardwired to our being in the time it takes to speed-read a listicle.

Speaking from recent personal experience, I've just been taking it one day at a time. One hour at a time, really. I've been trying to embrace the anxiety, feel it and understand it, instead of holding it at arm's length. Easier said than done, by the way. I've tried to give myself more grace and leeway than usual. I've tried to be grateful for what I have instead of getting distracted by what it feels like I've lost. I've tried to accept the fact that life is extremely messy at all times, pandemic or not, and no amount of white-knuckle control can change such an essential fact. These tactics can help take 10 percent of the edge off on some days. And on others … those are the tough days.

So, to those who are blessed with low anxiety, look out for the people who need help but are too embarrassed to ask. To those who have long been afflicted, please don't be afraid to ask for help.

And if you're new to the anxiety party because of the crisis: Welcome, and I'm sorry. Know that there's nothing "wrong" with you and that you're far from alone in your struggles. All we can do right now is lean on the people we live with, work with and care about. And please lean on professional help now more than ever. One day soon, we'll be back to losing sleep over some truly trivial BS, like that awkward joke you made in the elevator.

Remember awkward work elevator rides? Those were the best. 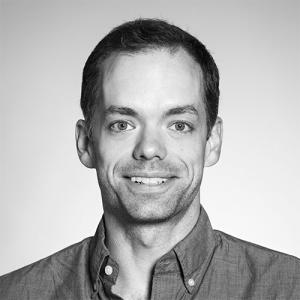