Take a Clue From Steve: Brands and the Power of Nostalgia

Millennials crave comfort. Here's how to give it

Unless you lived under a rock from 1996 to 2006, you probably knew about Blue's Clues, and you probably remember when the main character, Steve, abruptly left the show in 2002. This week, Steve made a triumphant return with an emotional video that explained his departure and brought closure to millions of fans.

Steve's heartfelt message resonated with a generation of consumers for whom nostalgia is more than a feeling—it's a source of comfort in a time of utter chaos.

Millennials are considered the most nostalgic generation in America, and Gen Z is riding on their coattails yet again.

This generation of dreamers were told they could be anything when they grew up. Now that they're adults, they've discovered that the emperor has no clothes.

You can blame it on coming of age during the 20-year war and the Great Recession or facing crippling student loan debt and skyrocketing home prices; it's no surprise millennials cling to the blissful ignorance of their youth.

Many experts agree that remembering that blissful ignorance—in other words, reminiscing—leads to happiness, and happiness is something we could all use a little more of when the world around us feels like it's literally on fire.

Even before the dumpster fire that was 2020, brands that harnessed the power of nostalgia experienced success with this generation.

Of course, the stress that came with 2020's four cultural super-disruptors—a global pandemic, mass protests, a contentious election and economic instability—brought with it an even stronger need for nostalgia to bring us comfort. And as the hope for 2021 to be a year of redemption wanes, the craving for nostalgia intensifies.

While there are many consumer-need states a brand can tap into through advertising, a feeling of safety and comfort is key in times of high stress. Enter nostalgia.

Whether it's through bringing back beloved products, revamping the classics, or releasing nostalgic content, brands have the opportunity to connect with consumers—and especially millennials—on an emotional level.

What is dead may never die.

In 2018, Trix brought back its original '90s fruit shapes. In 2019, Adidas announced it would bring back the Superstar. And last year, Dunkaroos reappeared on shelves after a clever Twitter interaction with Kim K.

Reviving old products is a simple and effective way to reengage an audience who at one time loved your product. By bringing it back as it was before (or perhaps with simple improvements), you're allowing consumers the opportunity to escape into old memories, often of times that were seemingly much better—or at the very least much simpler—than today.

You can teach an old dog new tricks.

For people who grew up in the '80s and '90s, Crayola and Barbie were likely both staples of their childhood experience. Both brands found a way to leverage their nostalgic equity to create something new for the adults who were once fans of their original products—makeup. Crayola launched a 95-color beauty collection and Barbie partnered with MAC to create a lipstick line.

Putting a new twist on an old product to make it relevant to the original user's new phase of life is a smart way to reinvigorate brand affinity. Whether it's through a partnership or an in-house innovation, helping an old product evolve alongside its users will provide a sense of comfort to those who loved the product way back when.

Can I get an encore?

Netflix released a four-episode miniseries revisiting the lives of the Gilmore Girls. Disney has created a whole slew of live-action versions of its classic films. Boy Meets World and Full House both rebooted, highlighting the next generation of the prior shows' stars. And in 2021, Friends had a much-anticipated reunion show.

Take it from Steve and Blue, the need for the comfort that nostalgia brings is not going away anytime soon. What brand wouldn't want to be connected to those warm feelings? 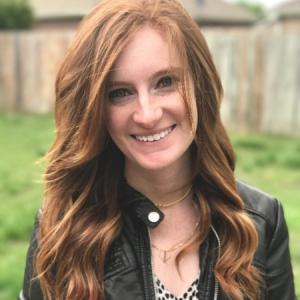