So You Want to Be a Copywriter? Here's What You Should Do First

The best preparation for becoming a creative

So you want a job as a copywriter?

Oh, you've never really written ads? But let me guess, you have published a few short stories. Which is awesome. And you've come to see me because you Googled me and found that, like you, I was pretty much unqualified and unprepared for a job as a copywriter when I started out. If I could do it, then why can't you?

So far, I'm tracking. I was a just-barely-published novelist (very small press) when, at 30, I got my first job as a copywriter. And you're right—I had never studied marketing, communications, business or advertising. Like you, I was an English major who could quote random lines from T.S. Eliot's Prufrock. And now look at me: I am a creative director and a partner at a successful ad agency.

I want to help you. I really do. I see a dozen of you some months. I have passed out assignments to help you develop your books. I have met you in coffee shops to critique your progress. I've given you the names of other CDs to contact. I've even given you jobs.

But what I can't give you is what you need the most: the experience of desperately trying to get someone to do something. I'm not talking about writing persuasive ads. I'm talking about something much more visceral like selling knives door-to-door or promoting a band or starting a business. This thing has to be more than a hobby. Its success or failure has to have a real impact on your life, if not your soul.

For me, this thing was teaching. Before I got a job in advertising, I spent several years teaching writing to unprepared college students who hated being in my not-for-credit-but-required-to-get-into-freshman-English class.

I didn't know what branding or positioning was back then, but I knew that writing needed a makeover. It was old and stodgy and too much about things that didn't matter—the past-perfect, the pluperfect, apostrophes and possessives. Writing was academic in the worst sense of that word—not an activity but a subject.

I rebranded it as an action sport. On day one, I told my students that learning to write was like learning how to play basketball. And so I made them practice. Think shoot-arounds, only with words. The more they played, the better they got.

I had never heard of stunt marketing, but I quickly realized I needed to do something big and dramatic to get attention. I threw out the book. I told them not to bother buying it.

I brought in the newspaper, enough copies for everyone, and that became our textbook. We read and argued and wrote letters to the editor. I learned how to get people to engage in a conversation. I learned how to make things relevant. It would be years before I understood that these were the central tenets of marketing. We were still 20 years from Facebook.

Today, I help brands articulate their purpose, their "why," as Simon Sinek calls it. I learned how to do this long before there was a Golden Circle. I told my students that the purpose of writing was to gain power. I told them that writing was not a way to record what you already know but a process by which you figure out what you believe.

I still believe that.

One semester, one of my students got a long letter published in the newspaper. My class celebrated. They became witnesses. They felt the power of words.

So yeah, you should practice writing ads and TV scripts. You should build your book, and consider enrolling in an ad school like The Creative Circus. But you should also find your why—and do whatever it takes to convince other people of its importance.

There's no better preparation for becoming a creative. 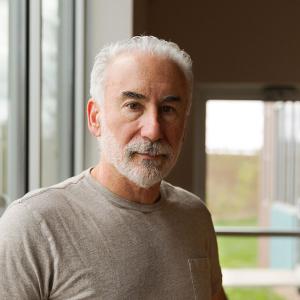