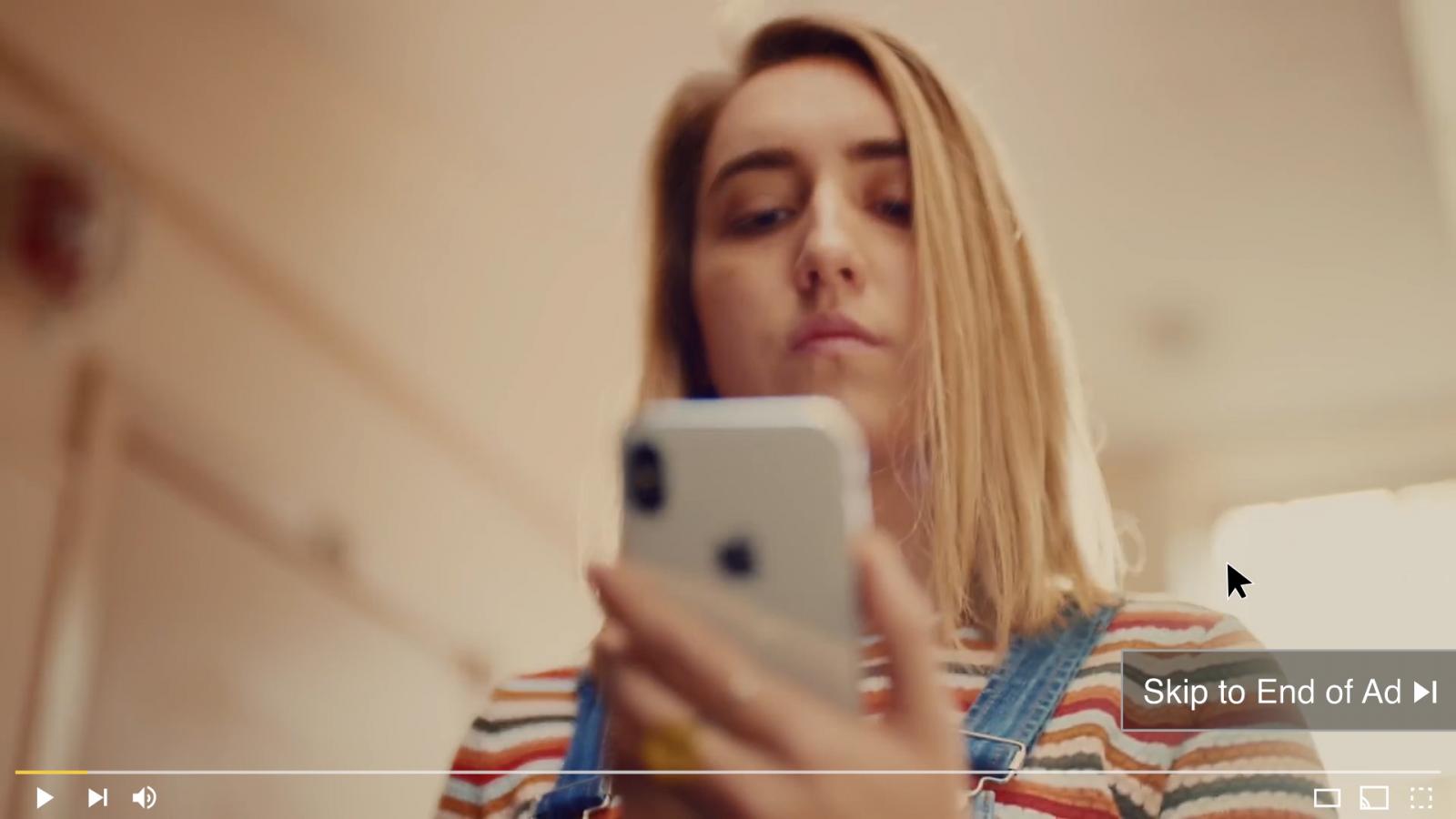 A new model, with an assist from Netflix

A few weeks ago on a long overseas flight back to the States, I binge-watched several episodes of the latest season of Orange Is the New Black, the popular women's prison drama-slash-comedy on Netflix.

I love the show's merciless look at the penal system, and the root causes of how people end up there. I used to love the show's intro as well—the unsettling close-up portraits of real female inmates, some donning facial tattoos or scars, staring daggers at the viewer while the singer, Regina Spektor, mewls lines like "The animal, the animal … trapped, trapped, trapped till the cage is full."

But given that the intro hasn't changed for six seasons, I no longer want to be trapped, trapped, trapped watching it over and over. Now I just want to get straight to each episode.

Thankfully, Netflix employs a "Skip Intro" button that allows me to bypass the bulk of the gritty intro and drops me off at the very end of it. I'm shown the most essential details—Orange Is the New Black, produced by, directed by, written by—and then I can get to watching the episode. It's a convenient way for the shows on Netflix to tell me what I need to know, but doesn't deter me from the content I crave.

So this got me wondering. What if we applied the Netflix model to the advertising pre-roll model?

Most sites, such as YouTube, employ the very familiar SKIP AD functionality, which requires people to watch the first few seconds of an ad before they're able to opt out and see the content came to watch. But what if we flipped the equation and did something more akin to Netflix?

Rather than having to change our storytelling ways and unnaturally force more product and more logo into the beginning of our ads, to the detriment of the creative exposition, what if we kept our storytelling intact and made the un-skippable portion of our ads the end, where we tend to pack the vital takeaways anyways?

If people have already seen our ad or simply aren't interested (which one could argue smarter media buys will guard against), this would allow them to skip to our essential info: glam shots, USP or product benefit, offer/price, tagline and logo.

Our industry, when we're at our creative best, tells engaging stories that integrate product in smart, subtle ways that account for people's general distaste for watching "ads." But when much of your media buy is centered around digital channels that allow people to pull the proverbial ripcord on an ad, the bigger concern is not the storytelling—it's getting people to not skip the ad (a frustrating premise that Geico has humorously mined in pre-roll ads over the last several years).

Suddenly those first few seconds become all-important to a marketer. It determines if people will watch the ad in its entirety, and if not, if they will glean anything from what they're forced to watch. The stories are still important, but there's new criteria for evaluating how "good" they are.

The media channels believe that if advertisers can hook a viewer in the first few mandatory seconds, there's a chance they'll engage with the remainder of the content. But too often viewers don't, so we've had to rapidly evolve our marketing strategies and adapt to the new platform functionality and resulting consumer mind-set.

"Show the product in the first five seconds."

"Start with the logo."

"Don't wait too long to state the product benefit, USP or offer."

"Begin with a mnemonic device so that there's a consumer takeaway, no matter what."

Let's consider for a moment an alternate reality for the "Mini Darth" ad by Volkswagen, a spot which was viewed 17 million times on YouTube before running during the Super Bowl. In it, we see a child dressed as Darth Vader playfully try to control objects around the house using "The Force." It's not until the ad's midway point that we see Dad pulling up in his new VW Passat, and it's not until the conclusion of the spot that we see the boy use his powers to start Dad's car—with a little help from Dad and the Passat's new remote starter—wherein they demonstrate the unique product feature.

Under these new pre-roll stipulations, the client and agency might be forced to consider different ways to structure the ad. Should Dad pull up in his Passat at the very beginning of the ad so we get nice looks at the car in the first few seconds? Or should they cut between Dad driving home and Mini Darth in order to work the car shots in sooner? And what about working the product benefit into the start of the spot? Should they show the Passat's doors unlocking remotely at the start and super "TWENTY MINUTES EARLIER," whereupon the normal spot would begin? Or maybe it's just best to re-concept around an idea that better utilizes the first few seconds to do all that heavy lifting.

All of these options would have resulted in a significantly worse ad, to say the least. And what is widely regarded as one of the best ads of all time would have become extremely meh … or never would have happened at all. In today's marketing world, it's all about those first few seconds. Engage and educate before folks opt out.

The things that make for such great ads—the clever misdirects, the unlabored table-setting, the "saves-the-day" product reveal at the very end of an ad—they're now for the frivolous few and uneducated marketing masses. We have to put stories through the "five-second" filter. It's in our clients' best interests to adopt smarter digital strategies that acknowledge the new landscape and figure out ways to best accommodate the unfortunate circumstances.

And let's face it, these new methodologies are not only reducing the quality of the ads, they're reducing the appetite for ads. Bad ads lend credence toward making them shorter (or as a frustrated watcher would say, ending them faster). This dumbing-down of content is part and parcel of the move to shorter-form content. As we opt for more straightforward "pack it in the first few seconds" messaging in lieu of great storytelling, we're lowering the quality of the ads, further conditioning the skip mentality and escalating the need for more bite-sized ideas. It's not at all surprising that Snapchat says 10 seconds will soon become the new long-form content length. It's a vicious cycle that is altering consumer behavior, and as a result, shifting the way we talk to people.

I don't particularly enjoy working in an industry where people reflexively avoid the things we make, where media channels are literally telling people to SKIP our content. As a creative lead, I want to continue making great stories that are just as artful and smart as the content they precede. And stories need time to unfold and freedom to surprise. When done right, they build a stronger brand and product connection, resulting in irrational levels of loyalty.

Brands like Nike, Google, Apple, Ikea and P&G have built their brands and resulting fortunes on emotional storytelling, which ultimately ties back to the brand beliefs or product benefits. They didn't do it by front-loading logos and product benefits, hastily cutting to hero shots or looking at the first five seconds through a digital effectiveness microscope.

Netflix may be trying to dislodge us from the content sponsorship world (I curse their name as I binge-watch the second season of Stranger Things), but I think they've done us a huge solid by a showing us that "Skip Intro" might be a better solve for our pre-roll woes. "Skip Intro" would give people the option to bypass ads, but still allow us to maintain a higher level of commercial artistry for the people who do watch them. And they would encourage more watching because they would be more rewarding.

This fix would allow us to course correct so that we can do our best work … while still handling our business like bosses. And perhaps there's a similar fix for our social stream problems. Rather than re-concept our storytelling around three second windows of engagement, maybe we employ a "Skip to End of Ad" approach here too (perhaps the moment someone begins to swipe up?). Are you listening, Facebook?

There's a big opportunity here. Let's figure it out. 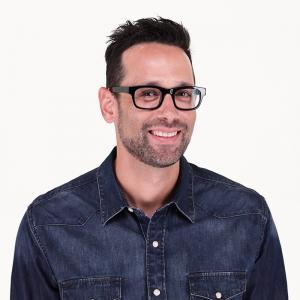