In Search of Innovation: Hunting for the Right Kind of White Space

Look at people's lives, not at the market

Who wouldn't want a phone that seamlessly integrates with your favorite online shopping experience? Better yet, enhance it with cool features that no other phone can match, such as a 3-D display. No doubt, there was nothing quite like the Amazon Fire phone. A year later, Amazon Fire was discontinued and remains the company's biggest hardware flop to date.

Not a big online shopper? More of an explorer? How about a phone that is connected to a proprietary network of satellites, so that even when trekking through the remotest rainforests and driest deserts, home is just a call away. Assuming $3,000 for a device and $7 per minute felt like a deal and you weren't bothered by poor connectivity, Iridium had the phone for you. In the late 1990s, Al Gore made the inaugural Iridium telephone call to Alexander Graham Bell's great-grandson and National Geographic president Gilbert Grosvenor. If that didn't convince you a new era was dawning, what could? Iridium filed for bankruptcy nine months later.

The list of five-star failures can—and does—fill entire books. Tales of smart, wealthy, self-confident elites making spectacular mistakes make for good reading. Even the innovation greats sometimes mistake white space in the market for white space in people's lives. The former lives in abstraction or maybe in a marketer's segmentation, but only the latter is a valid indicator of innovation opportunity.

Sometimes, market white space is blank for a reason: It exists theoretically but not in reality. The valuable pivot for innovators to make is from the white space in the market to the white space in people's lives. When marketers train their attention on the circumstances of struggle that complicate personal and professional routines, previously hidden opportunities emerge.

In today's world, companies grow from startups to unicorns by addressing the white spaces in consumers' lives. In the digital age, music companies were finding themselves in an unfavorable position as more and more consumers turned to online piracy, an unintended consequence of the internet's promise of democratizing knowledge. The companies famously took legal action against Napster and shamed fans as thieves.

Innovators responded differently. Apple introduced iTunes to deliver legally purchased music directly to users' iPods. iTunes was a revolution, but listeners still felt the friction of a transaction for each song they wanted to hear.

Finally, consider the success of 23andMe, the biotechnology company that has turned personal genome research into a global phenomenon. Unlike Uber and Spotify, 23andMe didn't disrupt a traditional business model. Simply put, there was no incumbent. Instead, it created a new kind of business, one that successfully tapped into one of humans' most fundamental needs—our desire to know who we are. By delivering a comprehensive snapshot of our identity, ancestral background and health profiles, 23andMe has given us a solution to our sense of curiosity and our need for self-discovery. Discovering who you are is now as easy as spitting into a tube, right from the comfort of your couch.

Oftentimes, the white space in customers' lives is hiding in plain sight. But it takes a keen eye and an empathetic mind to pick up the weak signals of innovation opportunity. Instead of theoretical white space, probe the hacks, compensating behaviors, frustrations and unfulfilled aspirations that clutter personal and professional lives. What you'll discover is not the crowded, mature marketplaces commonly depicted through standard studies of current consumption; instead, a world of opportunity opens in the form of the important jobs to be done that clutter people's lives, awaiting the innovator. 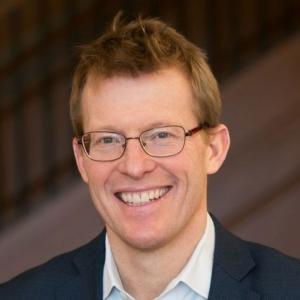