A Pyromaniac's Guide to Creativity

To a human with an idea, the world is a tinderbox

I like to imagine the first moment fire happened on purpose. I picture a genius cave dweller, crouched over some sticks and rocks, under walls covered in sketches scratched out with a rock. Surrounded by failed fire prototypes laid out in a line across the earthen floor and her cave husband bringing her a coffee-like substance made of guano saying, "Baby, come to bed, it's late." When all of a sudden that spark, a finger of smoke beckons and then FWOOSH! A wee little first fire the size of a soon-to-be-roasted squirrel springs to life.

There's so much to love about fire, in addition to its discovery leading to civilization as we know it. Fire is dynamic, it's complicated, it's as helpful as it is destructive, as beautiful as it is terrifying, it's that Ohio Players song and it's fiyahhhhh.

1) Fire is the one thing (aside from being embarrassed about farting) only humans do.

2) It leaves its mark wherever it goes.

3) It's beautiful if used for good (hot dogs and ambience), powerfully symbolic if used for expression (fire walks and self-immolation), and terrifying if used for evil (tiki torches and hot dogs again).

4) It can be warm and snuggly or totally metal.

As long as you have access to oxygen, fire is available to every human if they want to do the work of rubbing two things together.

Fire is a form of expression and can tell you everything you need to know about humans. I'll give you an example.

3) They burned it to the ground.

Each one is explaining the same exact thing, but each one expresses something entirely different about the human involved.

1) She started a fire. This is clearly romantic. Just a person starting a fire.

2) He lit it on fire. This is more ominous. Whether it's a guitar or a photograph, he is making a point here.

3) They burned it to the ground. This sounds completely destructive. It was on fire all the way until it was gone. This one gets a lot of play as a metaphor.

Fire can be so many things, but it creates a chemical change that permanently affects every cell it touches, leaving them altered forever. Being touched by fire is like being touched by magic. It can hurt or comfort, make something delicious, or crispier, how fire affects a thing depends entirely on the thing itself. But for all its poetic flamboyance, fire is only ever fire, purely transformative, deeply expressive and perfectly human.

There's only one other force on earth that can render such powerful change in the world, is available to everyone, and often involves rubbing two things together.

An idea can be funny or cruel, for Legos or murder. Ideas make you cry at musicals and laugh at church. Ideas, like fire, are used by the mob to chase down innocent monsters, and they are held from those in need to protect those in power. Ideas and fire both create chemical changes in every cell they touch. (At least mine do. I can't speak for yours.)

The point is, ideas and fire tell us everything we need to know about what it means to be human, because they are what sets us apart. (Dolphins might be wicked clever, but if they can't roast a weenie, they aren't getting to the moon anytime soon.) Although they are both naturally occurring, ideas, like fire, need to be tended and cared for.

From the perspective of a pyromaniac, everything is flammable, and to a human with an idea, the world around us is a tinderbox of problems to be solved. An idea, like fire, destroys what tries to contain it and can light up dark places.

The sun's out, people. Grab a magnifying glass and get to work. 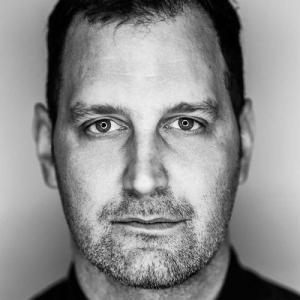