Programmatic Will Save the TV Spot

Seeing the creative potential as we shift to connected TV

I never thought I would find myself embracing programmatic advertising. I equated it with those annoying banner ads that followed me around, junking up my internet experience. After a bit of forced education, I now believe programmatic will help usher in the next frontier of creative opportunity and will greatly contribute to the reemergence of the TV spot as one of the most powerful ways to connect with and reach an audience.

A while back, BBH New York had an opportunity to pitch The Trade Desk, a programmatic ad buying platform. Initially, this partnership made little sense to me. I thought programmatic advertising lacked creative ambition, and all the buzz around the topic made it feel like another dark cloud looming over the industry. But when The Trade Desk selected us to be their agency, I had no choice but to lean in and face my programmatic insecurities head-on.

Through my relationship with them, I was fortunate enough to learn about the power of programmatic and its significant potential.

The first thing that became clear to me was programmatic media's profound impact on a brand's ability to deliver relevant messages to specific audiences, versus a wide demographic with many different behaviors and motivations. The problem is that the messages it delivers lack any real creative stopping power because, like any early technology, programmatic has not yet fully used creativity to fulfill its potential.

Then I learned about the massive shift to connected TV that is happening as a result of the increase in streaming platforms. As the television inventory multiplies through connected televisions, the need for creative deliverables in this space will as well. This is where we could see the real creative potential of programmatic unlocked, making the maligned TV spot more relevant than it has ever been.

Now allow me to speculate...

The best advertising moves people emotionally. As more streaming platforms shift away from subscription-only models and become ad-supported, the majority of television ads will be purchased programmatically. Knowing the specific audience that will see commercials will allow agencies to create more tailored, emotionally compelling work. It will offer more ways to extend brands' narratives, connecting digital targeting engagement to the power of emotional storytelling. The pressure linear television puts on agencies to create messages that appeal to everyone will be lessened, and relating to a specific audience with a more pure message will become more impactful. A nuanced understanding of these audiences and the demand for more diverse voices in creative departments will be even greater.

Traditional and digital creativity live in harmony on the television set.

For years we've been squeezing video assets into the digital formats of the past. There will still be a need for the 30-, 15- and even 60-second formats, initially. However, the real opportunity lies in the ability to break away from linear formats and create in a space less focused on time and more focused on how the advertising works with the content for specific audiences, whether it is a 30-second spot, an interactive experience within the content or as the entertainment property itself. The connected television will be where we experience the best of digital and traditional creative working together to take a new shape and fit more intuitively within the content.

Bring on the "dynamic narrative."

If Campbell's SoupTube campaign from Australia is any indicator, we could see the start of a dynamic narrative where commercial content shifts to align with the interests and habits of super-specific audiences. Perhaps the ending of a spot—tailor-made for the content the ad inhabits—will become relevant to cooking or SciFi or travel. Someday it might not be a coincidence that the car in the ad you're watching happens to look just like the car you built on the automaker's website the day before. Or that the spot for a national food delivery app you use only features restaurants in your local delivery zone—and you can order straight from the television, too. 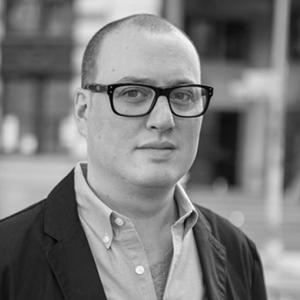